The Press Tent Daily: Hail to the Chef 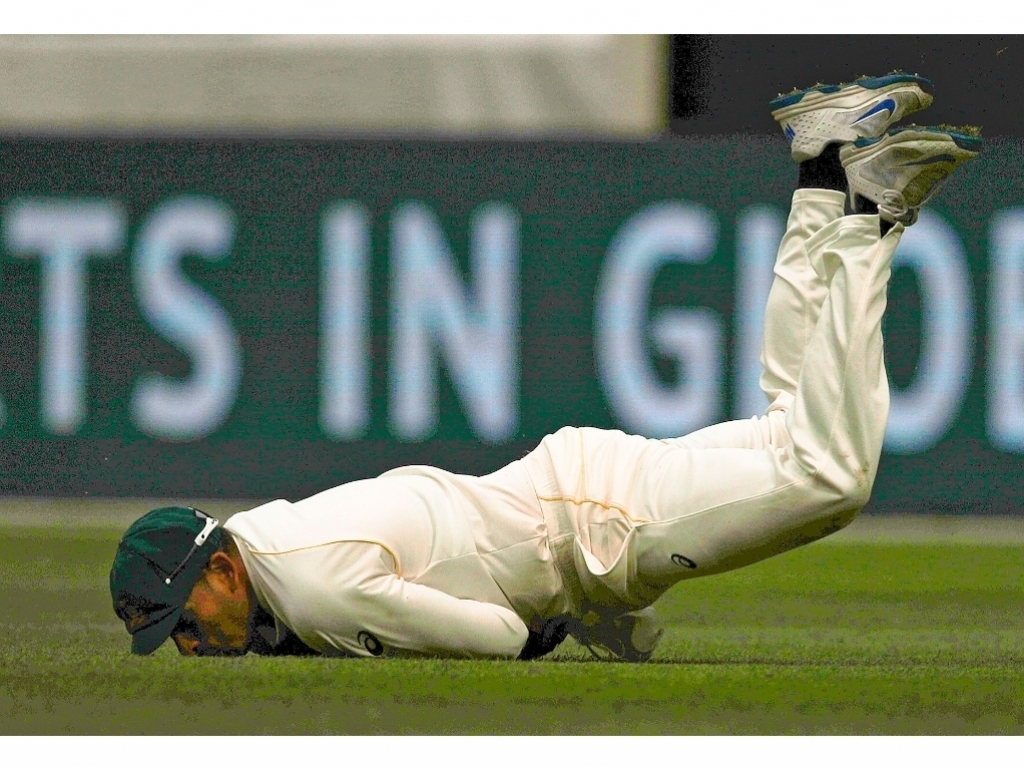 Close to the Edge

Cognitive dissonance is a key part of the cricket commentator’s arsenal. It’s absolutely important to be able to make entirely contradictory arguments, often on the same day, sometimes in the same commentary stint, without any hint that you have ever been wrong at any stage.

But even allowing for this, watching a stream of former batsmen shake their heads in bafflement at first James Vince and then Dawid Malan for not realising they’d nicked the ball into the pads when given out lbw at the MCG was astonishing.

“I always knew when I’d nicked it,” said Geoffrey Boycott. A view echoed at various points in the day by BT’s Three Wise Michaels: Slater, Hussey and Vaughan.

They all remained steadfastly wedded to this established cricketing truism, even as the evidence disproving it was placed directly in front of them.

Their insistence on sticking with their folksy, unprovable assertion in the face of hard evidence to the contrary somehow feels very correct for 2017.

Mr Cricket was stunned after England opted not to review a couple of dismissals in this innings #Ashes pic.twitter.com/9o2KRTjfVP

Quite how Boycs and co always knew they’d hit the ball without snicko or Hot Spot or HD replays to confirm it is never touched upon. Indeed, with some of them you sense that their heads have managed to come round to the idea that Malan and Vince knew they weren’t out BUT DIDN’T REVIEW ANYWAY BECAUSE REASONS, rather than face the rather more likely yet less palatable fact that they may have been wrong about something for a very long time.

We do have a theory, by the way, because on the face of it it does seem crazy – especially in Malan’s case because he smashed it – that the batsmen didn’t feel anything. We reckon it’s to do with the size of the edges on your modern bats making it more likely for a player not to feel every nick.

We also think that the more adjacent to the middle of the bat the nick happens to be, the more likely it is to go undetected by the batsman. It’s also possible that inside edges are more likely to slip through unnoticed than outside edges for some reason.

Now we don’t have science to back any of this up. That’s for the boffins to sort out. It’s just an idea that we’ve had. And we’re not going to change our minds unless we see some evidence to the contrary. And even then, we still might not…

Hail to the Chef

We really like post-captaincy Alastair Cook. He’s much more laid-back, and has a nice line in self-deprecation.

Obviously it also helps if you’ve just tucked in to the tune of 244 not out, but when you think back to the stuttering, nervous Errs and Umms of his captaincy press-conferences it’s impossible to square with the mischievous, at-ease character who turned up at the close of play today to confirm he would have a beer although “I don’t know if I’m allowed to say it” and that he felt “a bit sorry for Brian Lara” after going past the legend (along with Shiv Chanderpaul and Mahela Jayawardene) on the all-time Test run-scorer list.

While enjoying his success he was also honest about his failings in the series to date.

"It was a last chance saloon feeling really"

How can you not love Alastair Cook 🙌#ItsTheAshes #Ashes pic.twitter.com/TBVUOoqBfU

Look, it wasn’t a Chris Rock stand-up special, but it was a genuinely nice and interesting post-play interview that didn’t involve bullying and fake laughter about a slightly weird pub-based greeting technique.

We just feel that it’s the sort of thing that can and should happen more often.