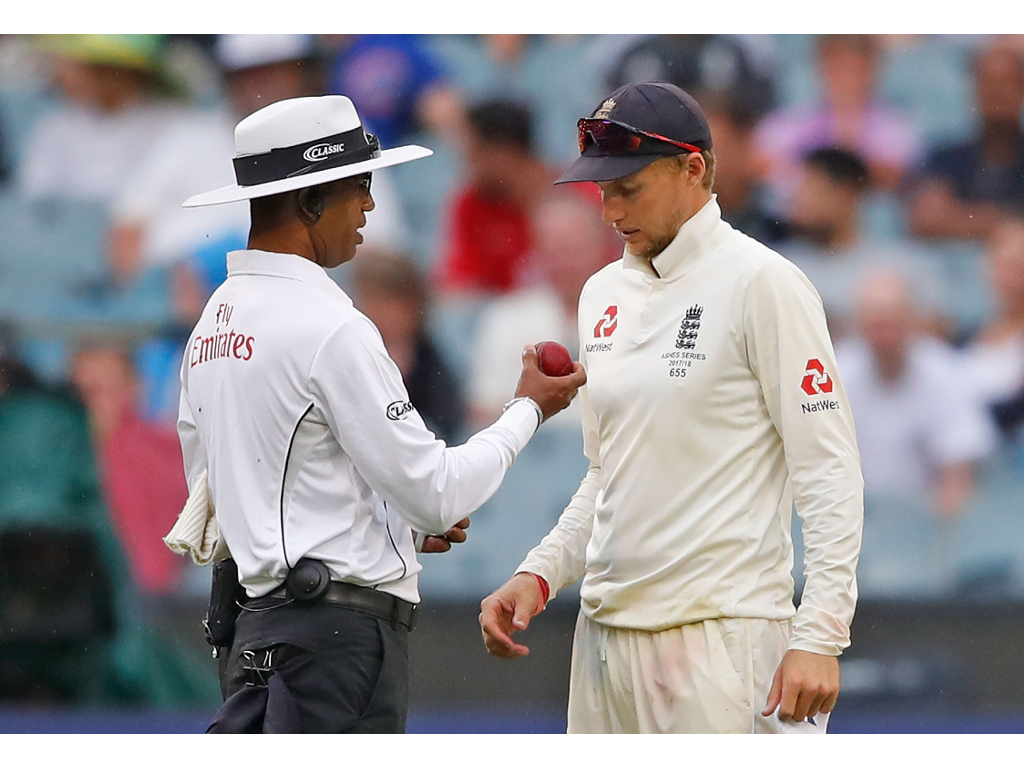 It could have left us with little to talk about, so hurrah then for Australian attempts to concoct a ball-tampering row out of very, very little. It was the logical next step for this all-time great banter series.

It doesn’t take much, of course. A suggestion there, a hint here. With ball-tampering still an absolute taboo it can soon snowball from Channel Nine tweeting a picture or Mitchell Johnson pointedly noting that the ball is reversing in 10 overs to the weird cake-and-eat-it independent-but-not-actually-independent at all Cricket Australia news wing popping up with a nudge, nudge story about it all – a story England have reportedly asked to be taken down.

“That’s interesting, you can’t get your nail into the ball…” – Slats. AUS 0/30 #Ashes pic.twitter.com/gGyOmXQWEn

This all, of course, fits very neatly into the standard Aussie flowchart for coping with the unlikely event of an opposition attack looking more threatening than the “pace cartel”.

BT filled one of the breaks in play with a chat about the Big Bash. One of the main topics of conversation was, understandably, Jofra Archer the Barbados-born all-rounder who is currently impressing for the Hobart Hurricanes while ticking off the years required to earn his residency qualification to play for England.

There’s no doubt that Archer would immediately be in the selection mix upon becoming available for England. He bowls at around 90mph from an easy run-up and gives the ball a hefty lower-order clout. He’s currently garnering attention for his white-ball exploits, but last season he took 61 Championship wickets at 25 and averaged 45 with the bat.

England will be stronger side for having him available, and Michael Vaughan was in no doubt that this would be a splendid thing. “We need to make sure he gets his residency quick!” was the former England captain’s verdict.

“We need to make sure he gets his residency quick!”

Jofra Archer is the talk of the panel 👀#BBL07 #Ashes pic.twitter.com/04VyddQxe3

But what about the other side of the argument? The one that says former West Indies Under-19 star Archer should be representing the West Indies rather than going through a lengthy qualification process for England? The West Indian authorities are, as ever, hardly blameless in this equation but the talent drain is a genuine concern for the game. Archer can’t even play for England until 2022/23. Isn’t this all a bit of a shame?

Still, Vaughan is English and it’s perhaps understandable that he sees things from a purely English perspective. Unless of course he’s one of those people who tell us how “cricket needs a strong West Indies”.

Cricket needs the @westindies …. Absolutely delighted they have Won a Test & with a Very Very young team … #Rally

Oh. So cricket needs a strong West Indies, just not at the expense of England having a gun all-rounder in five years’ time.

In the play that was possible before the rains descended on Melbourne, Cameron Bancroft became the fourth Australian batsman to drag the ball into his stumps in the Test, prompting some observers to come up with a gag.

Bancroft chops on 😬
Aussies have had more drag-ons then the @GameOfThrones in this test 😫#ashes2017 pic.twitter.com/Onf0Ttg8qV

It’s a half-decent joke. As it was when Vithushan Ehantharajah made it two days ago.