The Press Tent: Stokes on a Plane edition 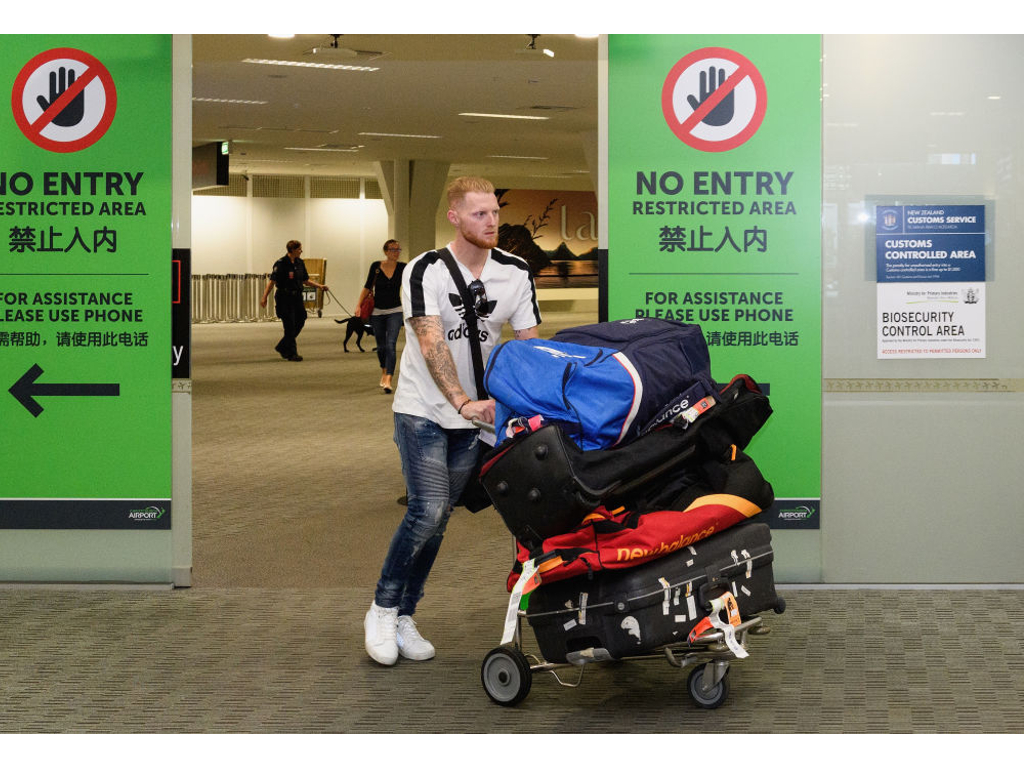 Stokes on a plane

What is clearly already the greatest Ashes series of all time had another of its epic plot twists on Sunday night when Ben Stokes rocked up at Heathrow Airport with all his cricket gear.

This is what Twitter was made for, and sure enough it was instantly in meltdown. For 30 glorious minutes, Stokes was off to smash the Aussies and England were going to win 4-1.

BAH GAWD!!! ITS BEN STOKES!!!!! BEN STOKES IS CASHING IN HIS MONEY IN THE BANK BRIEFCASE TO FIGHT AUSTRALIANS!!!!!!!! pic.twitter.com/nnVNh7CyLN

Ben Stokes on the plane to Sydney is it pic.twitter.com/IJoskcEi7P

Unfortunately, real life swiftly returned to smack us all right in the bollocks.

Mood-hoovers Michael Vaughan and Jonathan Agnew said Stokes was not joining up with the Ashes squad to lead an inevitable and glorious victory charge, and the baton was soon taken up by other such people who were actually in a position to know what they were talking about.

It was swiftly apparent that to continue believing that Ben was going to ride in and save the day, you were going to have to rely on a load of Twitter chancers and ignore absolutely anyone who actually knew what was happening. It was still tempting.

When the various bits and pieces of the story fell into place, the truth was, if anything, more ludicrous than Stokes turning up to help England win the Ashes.

And the reason it was more ludicrous was that the ECB had granted Stokes a “No Objection Certificate” clearing him to play cricket in New Zealand as far back as Friday. Following their strict media policy of not telling anyone anything, they didn’t tell anyone about this.

You really do have to stop and consider how genuinely ludicrous that plan was, how startling the lack of foresight.

This, remember, is and England set-up very much on the back foot. The Stokes Situation directly fed into the Bairstow Situation, and England got totally, absolutely played by a cricketer making his Test debut. Cameron Bancroft’s virtuoso press conference managed to simultaneously play down the incident, ensuring the Aussies didn’t look like weak whingers, while also leaving just enough doubt to hint that there might have been something to it even though clearly there wasn’t. Clever stuff. Note, for instance, Bancroft’s odd reluctance to specify where exactly Bairstow’s head made contact with his.

Here is some Bancroft gold for your viewing pleasure: https://t.co/wEH6lqfrTM via @ESPNcricinfo #Ashes

Bancroft’s greatest triumph, though, was that he made Bairstow seem very, very strange. He humiliated him.

Trevor Bayliss’ exasperation at the sudden explosion of this month-old silliness was apparent and understandable. He wasn’t bothered by the specifics of Bairstow’s ‘crime’, which was small and twatty, but the fact that it had given Australia more ammunition. England clearly needed to stop giving Australia ammunition, stop creating an embarrassing sideshow.

Twenty-four hours later, England had dropped the ball again. Even we don’t think the ECB could possibly have genuinely thought Ben Stokes could waltz through Heathrow Airport with all his cricket gear without anyone spotting him, so we can only assume they failed to grasp its significance.

To be honest, this is almost as hard to fathom, but it’s the only option.

This all could have been headed off by a two-line press release. “We have granted Ben Stokes a No-Objection Certificate to play cricket in New Zealand. He remains indefinitely suspended from international selection”.

There would still have been 2+2=5 on Twitter, because that’s what Twitter does, but the ECB would have done their bit to quell the hype.

Instead, they’re left with another embarrassment. They’ve managed to get given the runaround by the Australians, the media, AND THEIR OWN SUSPENDED PLAYER.

One of the main reasons why England could not sensibly consider picking Ben Stokes this winter, beyond hypocrisy and police involvement, was the circus that would surround him and overshadow everything else.

The ECB has now engineered the situation so that they get the circus and all the unpleasantness, but not the cricketer. Well played.

Trying to predict the next news story around this series has already become impossible. In any sane world we’d still be focused on answering the question “Wait, why are Western Australia weighing their players’ heads?” yet that already seems a lifetime ago.

Coming up, in the next thrilling instalment of ASHES:
-Steve Smith revealed to be bunch of cats taped together
-Cancer cure found in Gabba pool
-RoboBradman
-Chadd Sayers denies existence of Spain

Yet even in a series where, one match in, we’re already fully prepared to shrug off almost any headline and just go “Yeah, whatever” we were left reeling by the news that erstwhile Ashes hero turned TV star Andrew ‘Freddie’ Flintoff is a Flat Earther.

Speaking on his podcast, and confirming the unlikely revelation that what the world needs more than literally anything else right now is the Freddie and Warnie Conspiracy Hour, he did concede that the Earth is not completely flay. That would be silly. No, it is in fact “bulbous, like a turnip”.

Just like Warnie with his alien-pyramid theory, Fred is asking some pretty serious questions here: “If you’re in a helicopter and you hover why does the Earth not come to you if it’s round?

“Why, if we’re hurtling through space, why would water stay still? Why is it not wobbling? Also if you fire a laser about 16 miles, if the world was curved, you shouldn’t be able to see it but you can.”

This might also, of course, offer a solution to one of the other great Ashes 2017/18 stories that everyone’s already forgotten.

Flintoff also, apparently, believes that the South Pole makes up the edge of the Flat Earth, and “this is why all governments now have bases on the South Pole”.

Brilliantly, it’s that time of year again where the BBC Sports Personality of the Year shortlist is announced and everyone gets to pretend it represents meaningful evidence of cricket’s impending demise.

Now, cricket has problems. But cricket’s absence from the winner’s circle of an award it almost never won when it was indisputably the National Summer Sport is not one of them.

Football is doing okay as a sport, pretty popular now as it has always been, yet it has produced five SPOTY winners ever. That’s one more than cricket. One of those was Bobby Moore for literally captaining the side to World Cup glory, another was Ryan Giggs entirely for reasons of banter.

This year’s shortlist also includes not one representative from the British and Irish Lions team that drew a series with New Zealand. England’s best footballer of the last 20 years, Harry Kane, does make the shortlist but almost zero chance of winning.

There’s a fun extra dimension this year, though, because there actually is a cricketer on the shortlist in World Cup hero Anya Shrubsole. Brilliantly, all the “Whither cricket?” hot takes will now have to acknowledge that said take requires the assumption that women’s cricket is irrelevant. 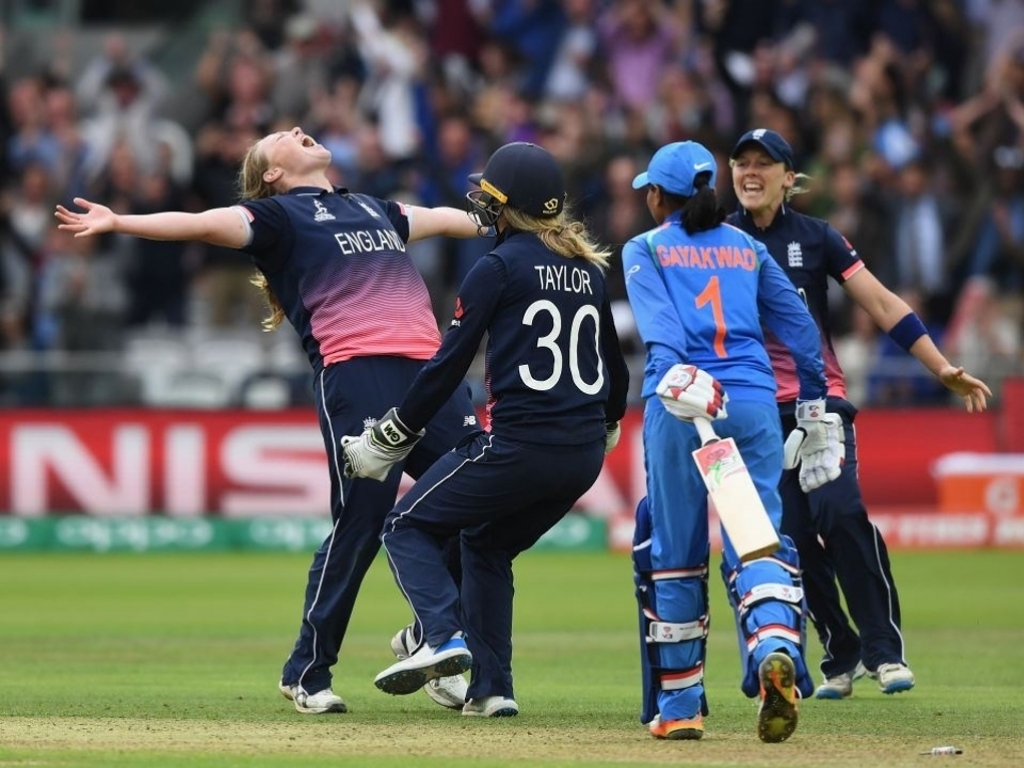 The Cricketer are first out of the gate, unashamedly putting “BUT WHERE ARE THE MEN?” right there in the headline so we all know the score.

This piece makes the classic logical leap of pointing out the presence of figures from taekwondo and speed-skating on the list as is to say “Look, (proper, men’s) cricket can’t even compete with these silly pastimes” rather than reflecting on the more obvious truth that SPOTY neither reflects nor enhances the popularity of these minority pursuits so why worry at all?

Let’s please, please not do this again next year.