Home Top Story Proteas and England even after intense day one

Proteas and England even after intense day one 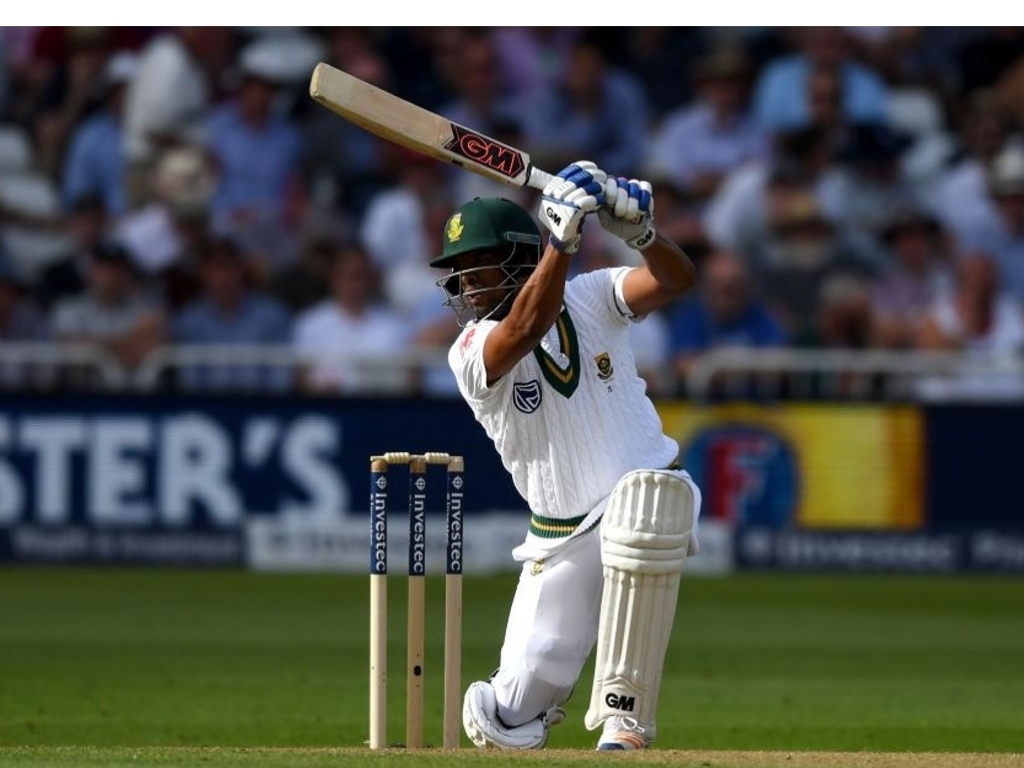 The first two sessions belonged to the Proteas but a glut of wickets after tea left South Africa 309/6 at stumps with honours just about even.

South Africa won the toss and returning skipper Faf du Plessis opting to bat which raised a few eyebrows on an overcast day in Nottingham.

Dean Elgar and Heino Kuhn were slow out of the blocks going along at 2 to the over for the first nine overs.

Elgar (6) was then brilliantly caught by Liam Dawson at backward point to give James Anderson the opening wicket.

Kuhn was joined by Hashim Amla and they set about guiding South Africa to lunch on 56/1 with a brief rain delay burgling a few overs.

Amla found his rhythm after lunch while Kuhn struggled to 34 off 87 balls before he dragged Stuart Broad onto his stumps.

Quinton de Kock was promoted to number four and gave the innings some real intent as he and Amla put the Proteas in charge by the tea break with the score 179/2.

At that point South Africa looked like they would close out the day well on top but England fought back after tea.

Broad struck to remove De Kock (68) right after tea and soon after had Amla (78) caught in the deep.

Du Plessis (19) and Temba Bavuma (20) fell victim to a top spell from Ben Stokes and all the hard work of the first two sessions unraveled.

Chris Morris joined Vernon Philander at the crease with the former playing a restrained knock while the latter kept the scoreboard ticking over.

As the last recognized pair the pressure on them was intense but they kept out everything England could throw at them.

They would add 74 in an unbroken stand with Philander (53*) going to his second fifty of the series and Morris (22*) doing well to survive a nervy final over of the day from Ben Stokes that saw him beaten three times including an edge that dropped short of the slip corden.