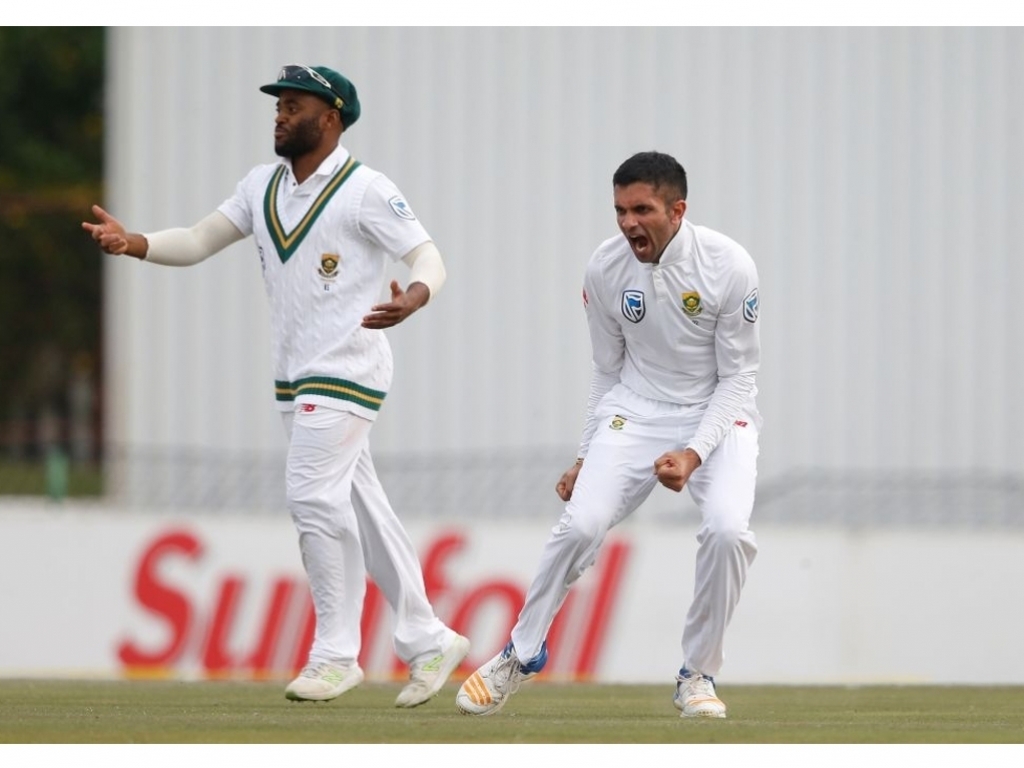 South Africa dominated the second day of the first Test against Bangladesh posting 496/3 before declaring then reducing the tourists to 127/3 at stumps.

Dean Elgar and Hashim Amla were at the wicket when play resumed with South Africa on 298/1.

Amla took on the dominant role and moved quickly from 68 to bring up his 27th Test hundred, the Proteas moved to 411/1 by lunch and left the tourists staring down a big score.

Shortly after the break Amla’s concentration waned and he flashed at a wide one from Shafiul Islam and was caught for 137.

Elgar inched his way to 199 before, with a maiden Test double hundred looming, he skied Mustafizur Rahman and was caught.

He is the first South African and the tenth man overall to be dismissed on 199.

Temba Bavuma (31*) and Faf du Plessis (26*) took the Proteas to tea and during the break the skipper declared.

With opener Tamim Iqbal off the field being treated for a niggle before tea he was unable to open the batting, it was the first time in his Test career that he has not faced the first ball of the innings.

Liton Das opened with Imrul Kayes and the pitch immediately looked less placid with the increased pace of the Proteas seamers.

Kagiso Rabada got the initial breakthrough with a vicous bouncer that got big on Kayes (7) who could only fend it to gully.

Das played well for his 25 but reached at a Morne Morkel delivery and nicked it to Amla in the slips.

Mushfiqur Rahim (44) came to the wicket and was dropped twice off Keshav Maharaj as he and Monimul Haque shared a 67 run partnership.

Maharaj would get his man and just reward for a great bowling effort when he had the Bangladesh skipper caught at short leg.

Tamim (22) finally came to the wicket and he and Monimul (28*) moved the score to 127 with the latter hitting the final ball of the day for six.