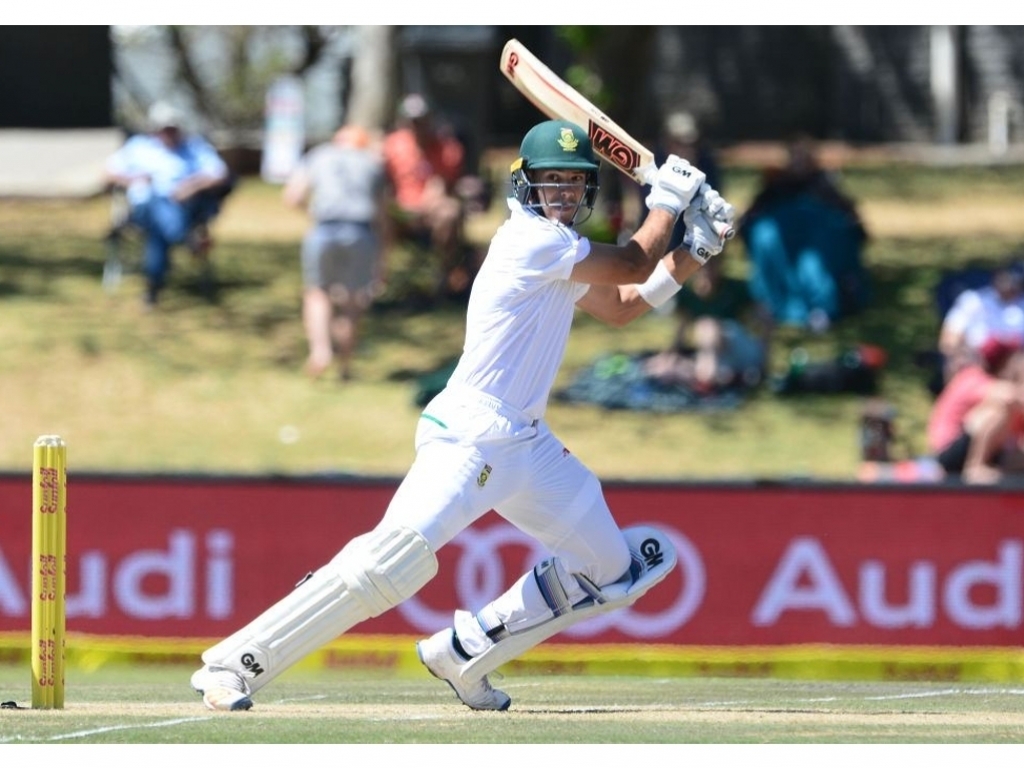 South Africa reached 428 for 3 by stumps on day one of the second Test against Bangladesh at the Manguang Oval in Bloemfontein.

Bangladesh were made to chase the game for most of the day as their bowlers let them down with wayward lines and lengths.

The run rate was above four to the over for much of the day with bad balls coming along with a great frequency.

Elgar notched his tenth Test century and his fastest yet shortly after lunch and was soon followed by Aiden Markram who brought up his maiden Test hundred.

Both openers were peppered with short balls and it would finally pay off as Elgar (113) hooked Subashis Roy to fine leg where he was well caught by Mustafizur Rahman.

The opening stand of 243 was the third highest ever by a team put in to bat.

Markram continued to attack the short ball living dangerously before tea and surviving a dropped chance.

Rubel Hossain would york Markram (143) just after tea and when Temba Bavuma (7) slashed at a wide one from Subashis it seemed Bangladesh may get back into the contest.

That optimism was short lived though as Hashim Amla (89*) and Faf du Plessis (62*) pressed on to the close scoring at over five an over in the evening session.