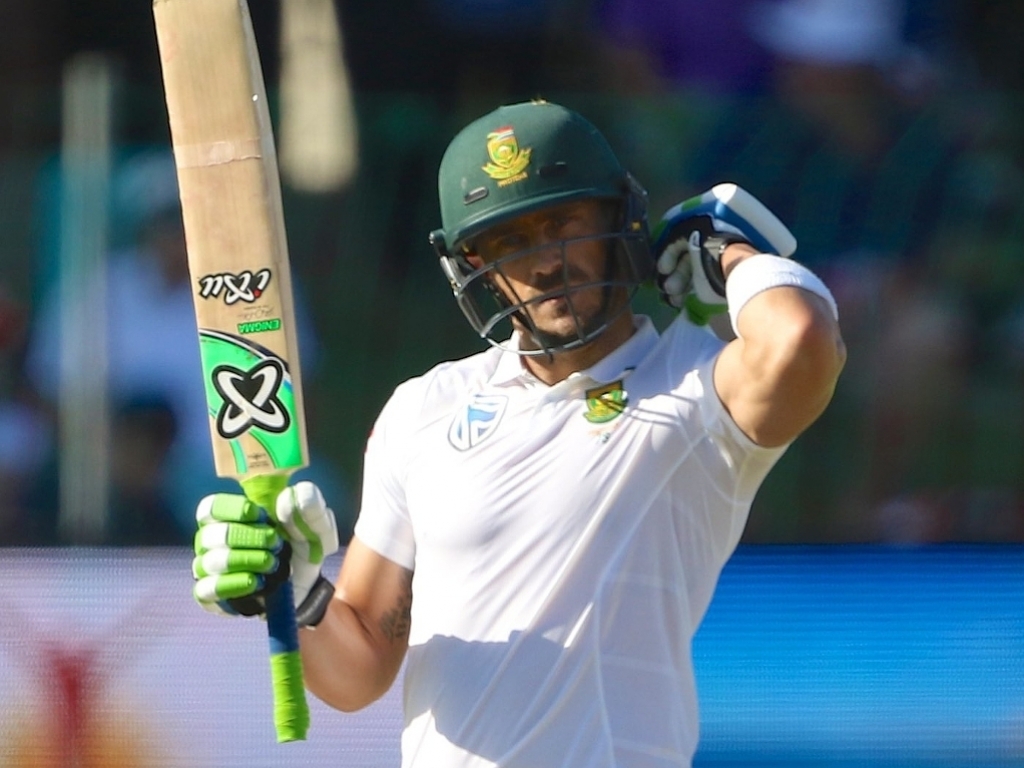 Faf du Plessis’s tenure as South Africa’s captain across all three formats comes to an anticipated start with the first Test match against Bangladesh starting at Senwes Park in Potchefstroom on Thursday.

The captain says the series is an opportunity for the Proteas to  ‘start afresh’, as he takes full reign alongside coach, Ottis Gibson.

The Proteas will feature in a bumper home season this summer, with incoming tours against Bangladesh, Zimbabwe, India and Australia headlining a spree of 23 International matches across the formats. For now, the challenge is Potchefstroom, which is geared up to play the perfect host for the Proteas in only the second Test  match to be played at the venue.

“Grounds like this won’t usually get a lot of Test cricket because there are a lot of stadium venues,” he said to the media at Senwes Park on Wednesday. “ It is great for a small town like Potch to get a Test, hopefully the students will come and support us. It’s nice to take the game around the country, we don’t mind it.”

Multiply Titans captain, Aiden Markram, is set to become the 97th Test player to represent South Africa since re-admission when he partners with Dean Elgar at the top of the order. The 22-year-old has made remarkable strides at domestic level since leading South Africa U19 to World Cup glory in 2014, and currently averages  44.33 in 34 first-class matches with six hundreds and 11 fifties to his name.

“ For me it’s important that he doesn’t listen to everything that has been said about him,” Du Plessis said of the youngster. “ It’s important for him to focus on the fact that he is playing another game, walking out to play like he would for the Titans. There is no extra pressure on him, in fact I’ll try to take that away from him so that he can be comfortable and have the freedom to go out and play.”

One aspect Du Plessis and the rest of the batsmen will be looking to improve on from last season is the conversion of starts into big hundreds. Dean Elgar scored the only century during the series against England, a glaring let down on a key performance area that has underpinned past batting success.

“ As a batting unit we haven’t scored the amount of runs that we would have liked,” he admitted. “ The conditions were really tough in England, speaking to someone like Alastair Cook who said those were the toughest conditions he has played in in England and he has played a few matches there.

“ These are home conditions, this is where we need to step up and score some runs on the board,” he added. “ It looks like a good batting wicket out there and all of the guys are in good touch. It helped everyone to go and play in the Sunfoil Series matches this weekend, it has been a while since everyone was available to do that. There was a lot of benefit for the batting unit, everyone scored hundreds and scored big runs, that will stand us in good stead for these two Test matches.”