Proteas prepared to go down fighting 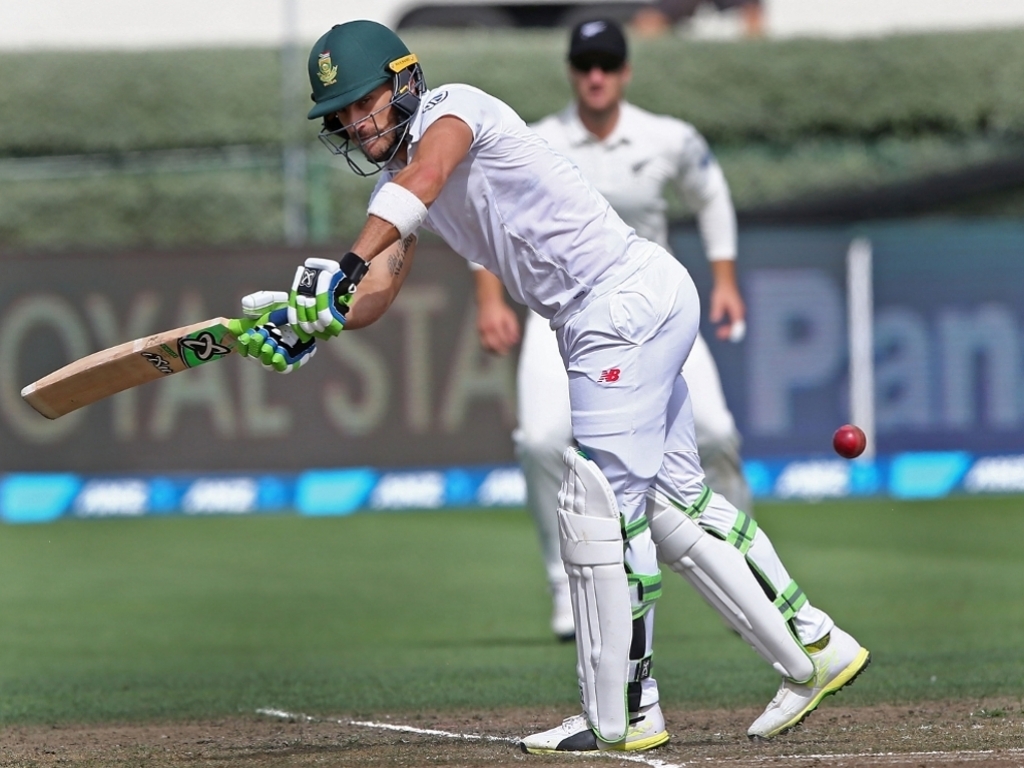 The Proteas will need to draw from their blueprint of fight and courage to overcome the tough challenge to save the third Test match against New Zealand at Seddon Park in Hamilton.

It has been done before; against Australia in Adelaide in 2012, and against India in Johannesburg in 2013, performances which have given assistant coach, Adrian Birrell, the belief and optimism of a repeat in history.

The Proteas will remain hopeful if captain, Faf du Plessis, remains at the crease. Du Plessis was at the forefront of both batting saves and together with Quinton de Kock -who is the Proteas’ most in-form batsman this series- hold the key of withstanding the 98 overs remaining in the match.

“We have had these matches before, quite a few of them,” Birrell said in Hamilton on Tuesday.  “We will draw on those experiences tomorrow and we will fight. We have a captain there that is very determined, he has fought before. That is what we are speaking about in the changeroom; that we haven’t lost the match yet. We are 95 runs behind and there are 98 overs tomorrow and we hope to draw on those good experiences that we have had in the recent past that we can fight it out.”

Birrell admits the performances from the top-order have been disappointing, but hopes another rear-guard response from the lower-order will help to save the batting blushes. While Du Plessis is equipped with the mental fortitude to block out an end, De Kock has been urged to play his natural positive game which has brought him success throughout the series.

“It’s not only about batting out,” Birrell explained. “The runs that we accumulate are also important. If we look back to the previous Test match, Quinton and Temba (Bavuma) scored a 160-run partnership at a rate of 4.3 runs and that changed the context of that match. We look for him (De Kock) to score, if he goes into a defensive mode it’s probably the worst thing for him.

“We have two in-form batsmen in, we have Vernon (Philander) who is capable of a Test hundred, we always tell him he is going to get one, tomorrow will be a good day to get one. There is a lot of fight from the batsmen that are there and those to come.”