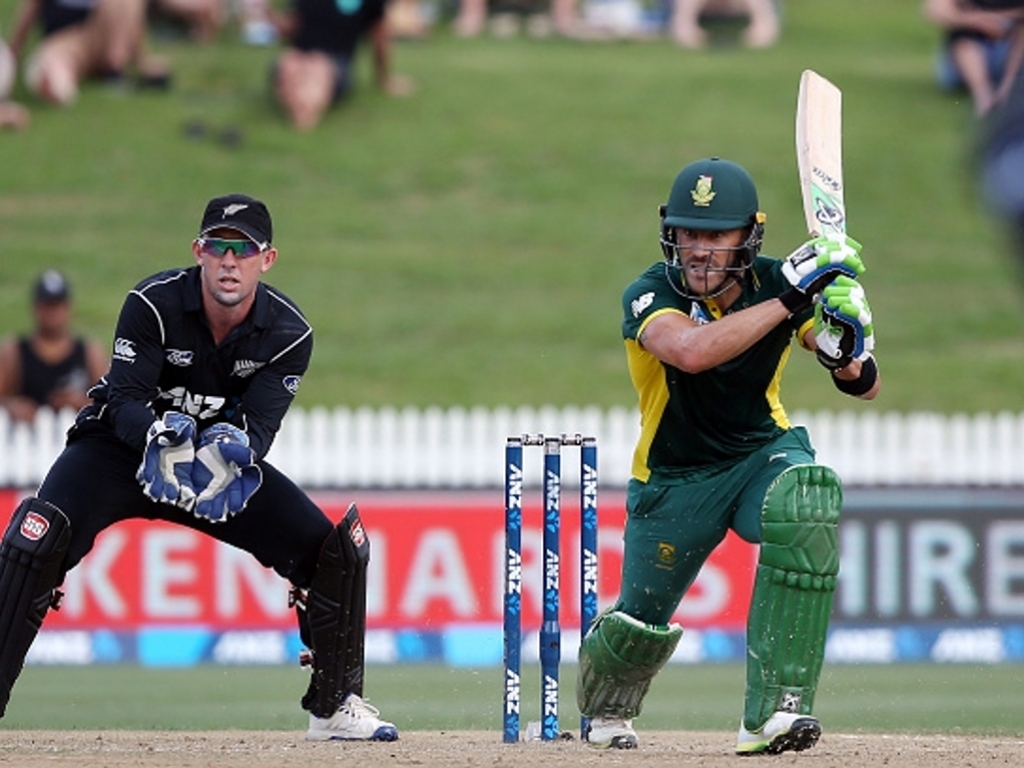 Proteas batsman Faf du Plessis says the series-deciding fifth ODI against New Zealand at Eden Park on Saturday will be an opportunity to put in their most complete performance of the series under the pressure of the occasion.

The Proteas have had patchy performances with both bat and ball throughout the series, and will be looking to bounce back quickly following the seven-wicket loss in Hamilton on Wednesday.

The batting has been underpinned by the consistent performances from captain, AB de Villiers, who is the leading run-scorer of the series with 239 runs at an average of 119.50 but the glaring disappointment remains the lack of centuries from the line-up.

The rotating pace attack has shown impressive moments of brilliance and temperament, and consistency as a collective will be key in the quicker Eden Park conditions.

Du Plessis feels that the team has been firing at 65 percent of their potential, and hopes all the disciplines will click together for the big decider.

“I’m looking forward to it,” he said in Auckland on Friday. “It’s a nice challenge for us as a team, I don’t think the series has seen the best cricket that we are capable of. Tomorrow is a nice opportunity for us to play in a big pressure game. New Zealand are a team who play big moments really well so it will be a nice challenge for us. The ground has great memories for both teams and we are looking forward to what will be a nice and loud crowd once again.

“With the ball, we need to be a lot more relentless in the areas that we bowl, we have been soft in giving boundaries away,” he said when asked on the areas to improve. “With the bat, not enough hundreds in the top six, that is something that we pride ourselves on, especially putting in big totals on the board.”

Both teams have a lot on the line; a win will take the Proteas back to No.1 on the ICC ODI rankings – the team slipped to No.2 after the seven-wicket loss – while New Zealand will be looking to extend their run of eight consecutive home series wins.

“The pressure is on us to play the big moment, and on New Zealand as the home team with a good home record to maintain,” Du Plessis said. “They will be disappointed if they don’t keep their record going strong, and for us, we have the pressure of playing a big pressure-game and trying to get out on top.”