Proteas staring down the barrel of a massive defeat 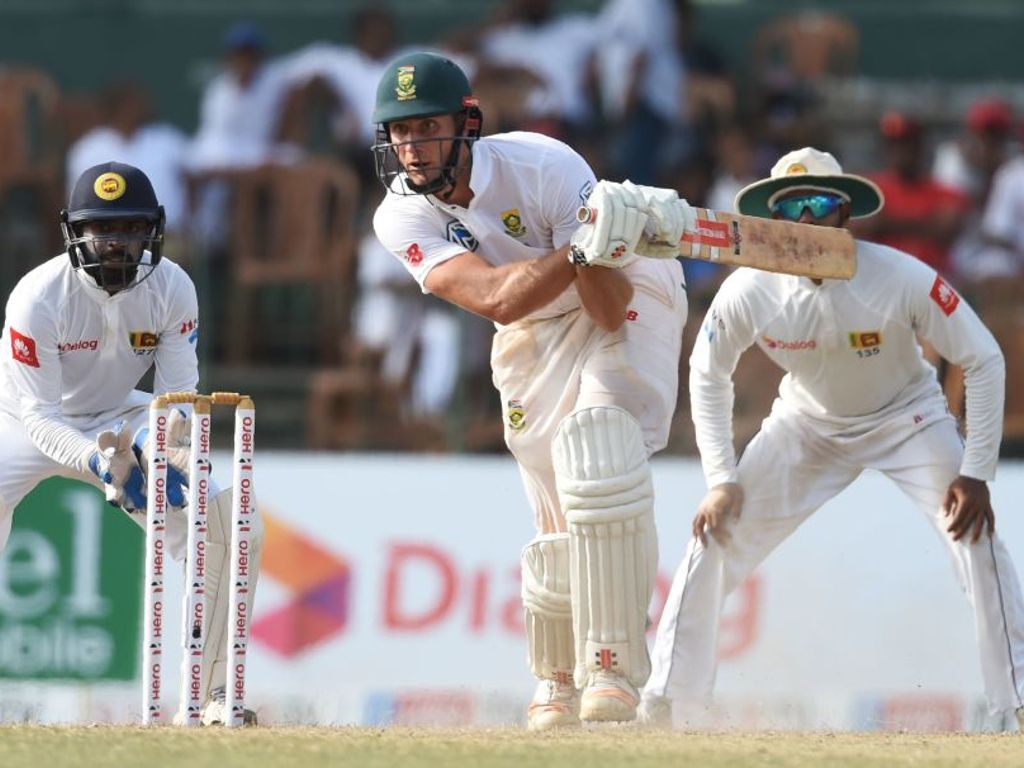 The Proteas are 139 for five at stumps on day three in their plight of chasing 490 to win the second and final Test, in Colombo.

The inevitable was delayed through a combination of a late declaration and several missed chances.

The highlights reel of South Africa’s second innings is a comedy of dropped catches, wickets off no balls and on-field-call reviews. Somehow South Africa survived all of those and remain nominally in this match if only by the skin of their teeth.

Sri Lanka began the day 151 for three and probably already had a large enough lead of 265 runs but skipper Suranga Lakmal had shown his risk aversion by opting not to enforce the follow on and he then either stayed true to this trait, and or developed a masochistic enjoyment of demoralising the visitors through a long hard grind under the hot sun.

Dimuth Kunaratne (85) was the star of the morning session and then Angelo Mathews (71) took over as the demoraliser in chief. Mathews has been out of the runs for some time and his effort would have been as pleasing to himself as it was to the crowd, which swelled in numbers in anticipation of an evening execution of the coup de grace.

Lakmal finally declared a little while before tea and once again it seemed as if the groundsman had conjured up a marvellous magic trick that saw the Proteas bat on what must surely have been a completely different wicket. Once again only three spinners were employed and once again the visitors looked like startled antelope in the headlights. 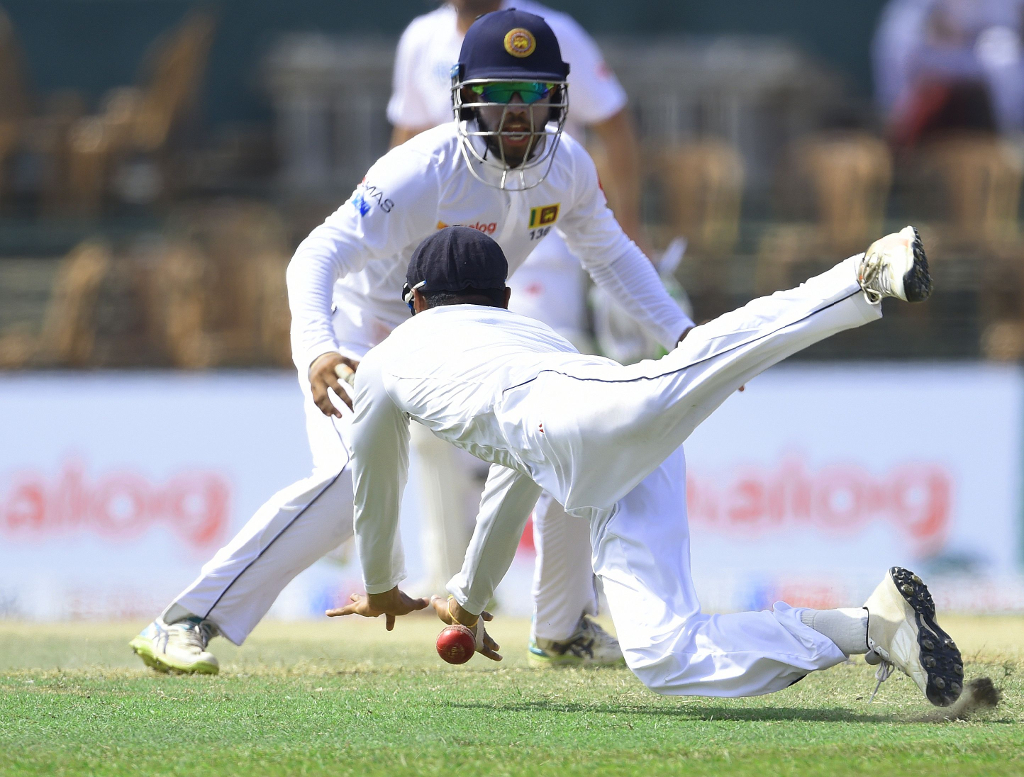 After a myriad of chances South Africa made it to tea on 42 for one Elgar, on his third life, was digging in with Theunis de Bruyn who had again been promoted to number three. De Bruyn himself had some good fortune as he survived two on-field-call LBW reviews in one over. On both occasions De Bruyn survived only by the grace of the umpire’s whose call favoured him twice.

The pair pushed on after lunch and put together a surprisingly respectable – in magnitude rather than style – partnership of of 57 runs. South Africa’s resilience was not to last and four wickets then fell for only 23 runs as the shadows started to lengthen. Elgar was the first of them but not after he survived another no-ball fiasco, this time being recalled from where he was cursing in the dressing room, and Perera had finally got his man, which was pointed out by the amusing fellow on the public address system. Hashim Amla (6), Faf du Plessis (7) and Keshav Maharaj (0) were the next victims in the gladiatorial arena.

That Maharaj, who had bowled over 81 overs to claim match figures of 12 for 283 was sent in as a nightwatchman when 25 minutes still remained beggared belief and is a good example of South Africa’s lack of a successful game plan against these opponents on their home turf.

Rangana Herath (2-54), Dilruwan Perera (1-38) and Akila Dananjaya (2-35) have obviously been having a ball out there and will be falling over themselves to wrap this thing up before lunch on day four.

De Bruyn (45*) has batted well and is sweeping whenever possible in an attempt to negate the turn on this slow deck and he has Temba Bavuma for company when the match continues in front of a nearly empty crowd tomorrow, Monday morning. Some of South Africa’s Test specialists might be in a hurry to get on a plane home.