Proteas under the pump 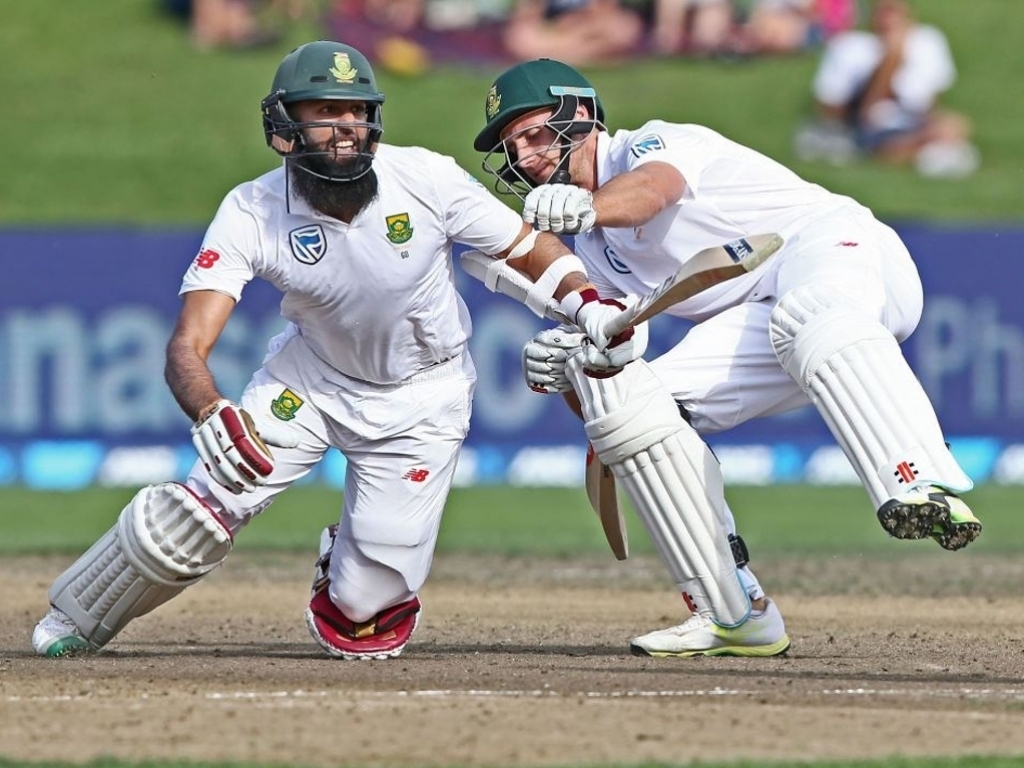 The Proteas find themselves in all sorts of trouble at 80/5 at stumps on day four of the third Test against New Zealand in Hamilton.

South Africa still trail New Zealand by 95 runs after the hosts posted a first innings score of 489 in response to the Proteas 314 all out.

Kane Williamson top scored for the Black Caps with a brilliant 176 while there were handy contributions from the lower order.

Mitchell Santner made a stubborn 41 from 151 balls to frustrate the Proteas bowlers showing great application even after Morne Morkel removed his skipper.

Morkel grabbed the best figures of any South African bowler with his return of 4 for 100 while Kagiso Rabada claimed 4 for 122.

The Proteas top order misfired yet again. Dean Elgar nicked off for just five off the bowling of De Grandhomme while makeshift opening partner Theunis de Bruyn got into a dreadful mix up with Hashim Amla and was run out after colliding with the number three in the middle of the pitch.

Jeetan Patel returned to haunt the Proteas and grabbed the scalps of the out of sorts Amla (19) and JP Duminy (13) before Matt Henry had Temba Bavuma chasing a wide one and nicking off through to BJ Watling.

The Proteas have two of their usual saviours at the crease though in the shape of Faf du Plessis (15*) and Quntin de Kock (15*) and will hope that they can make a game of this on day five.

They will need to show far more application with the bat though if they are going to do that and would do well to take a leaf out of New Zealand’s book and knuckle down.

Black Caps skipper Williamson said after play: “It felt good. The most pleasing thing was that we were able to get a good first-innings total and form partnerships.

“Overall, it was a very pleasing batting performance. South Africa have got a very good pace attack and good spinners, so it was important to see off the new ball.

Speaking about equaling Martin Crowe’s century record for New Zealand Williamson said: “Hogan’s (Martin Crowe) our best batter ever and a fantastic player. Personally, the milestone is not something I focus on a lot. It is probably special for other people, but for me the focus has always been on giving the best to the team.

“Tomorrow will be an exciting day. The surface is just starting take a little bit of turn and bounce, just out of the rough. Hopefully, we can make life difficult in the morning and take a few early wickets.”