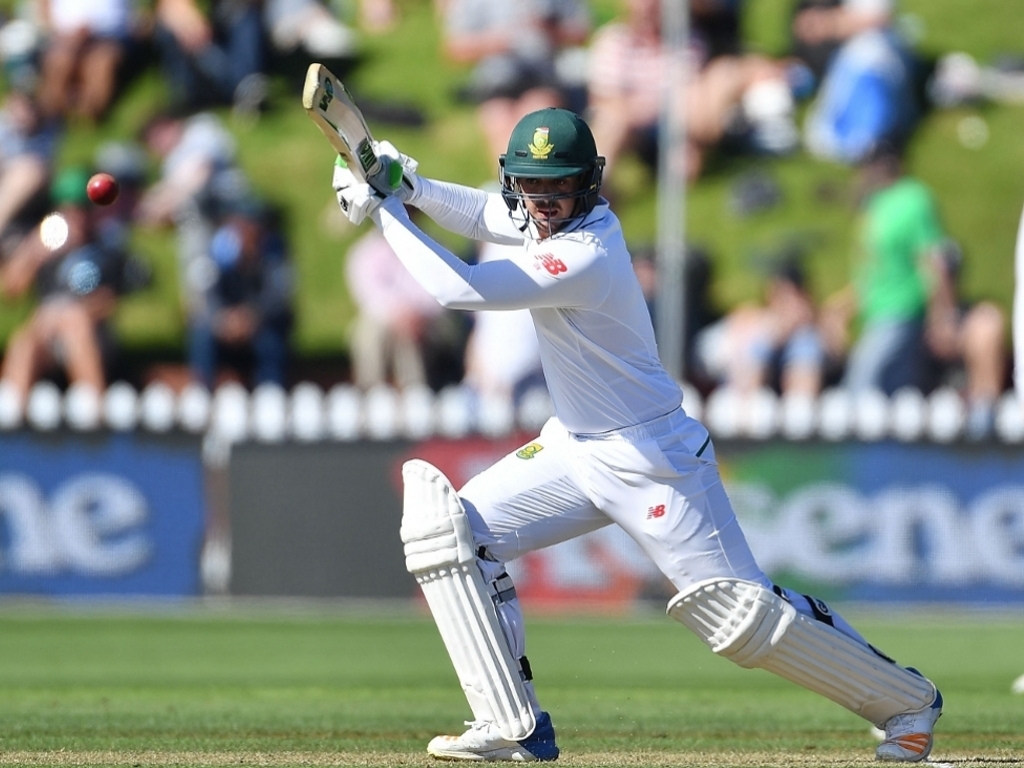 Much has been made of the hold Jeetan Patel has had over the Proteas dynamic wicket-keeper batsman Quinton de Kock but the gloveman says he wasn’t nervous about facing the off-spinner in Wellington.

The Proteas are a combative outfit and De Kock epitomizes that just as much as skipper Faf du Plessis who has come to symbolize the fire that burns within the South African team.

The keeper says he was looking forward to facing Patel and picking up the gauntlet the tweaker has laid down by dismissing de Kock four times on this tour.

De Kock said after play on day two of the second Test in Wellington: “I was looking forward to the battle again.

“I have played against so many offspinners in my life. I know Jeetan is a good bowler and he has me four out of four but I knew I could still get on top of him if I just put my head down.

“It happened today, so it was nice to finally get one over him.”

De Kock and Temba Bavuma shared a 160 run partnership to rescue South Africa from a precarious position of 94 for 6 as they lost four wickets in the morning session.

The pair allowed the tail to sting New Zealand and move the Proteas into an 81 run lead by stumps with number 11 Morne Morkel at the crease with Vernon Philander.

The stylish left-hander knew the importance of playing positively to shift the pressure onto their hosts.

De Kock added: “We knew the pressure was on us. The mindset was to somehow shift the pressure onto them. I didn’t want to get bogged down, so the only way forward that I knew was to play my natural game.

“I was obviously a little bit more aggressive than usual, but it was something that needed to be done.”

South Africa will be looking for some bonus runs when the final pair of Philander and Morkel resume batting on day three.