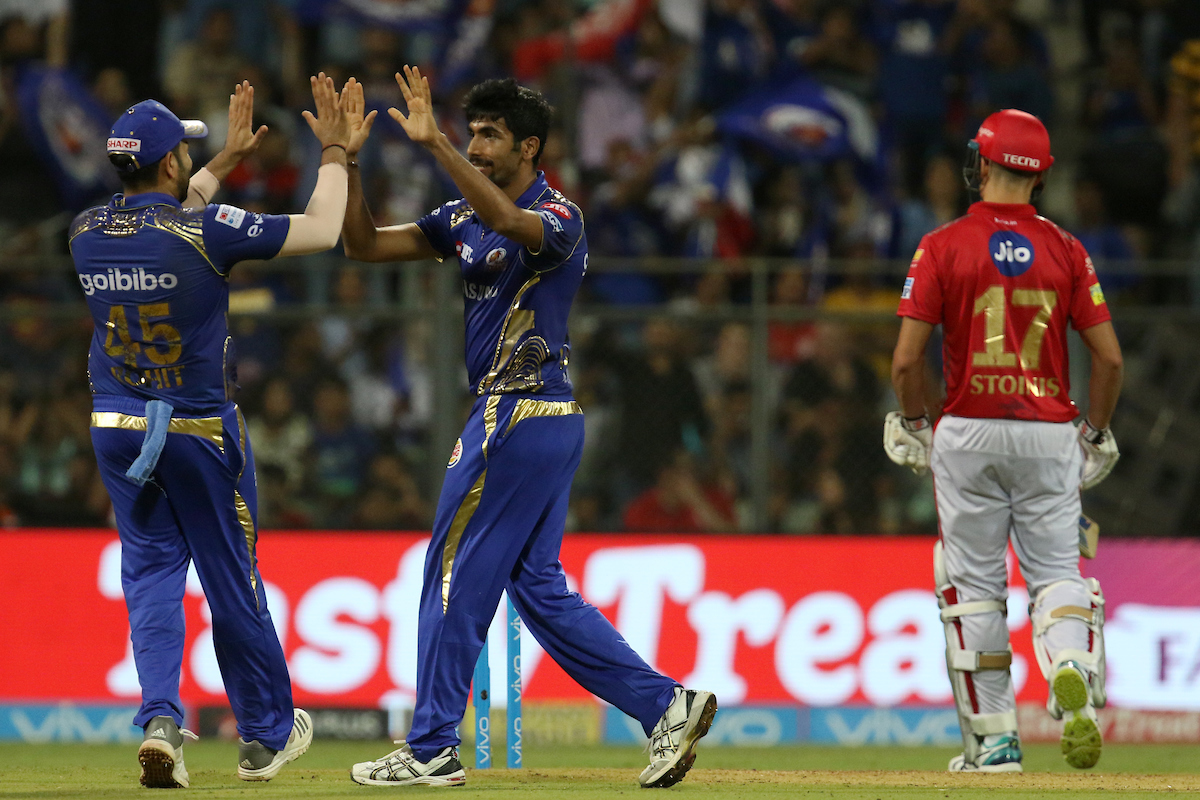 The Mumbai Indians kept their hopes of defending their Indian Premier League title alive with a tense three run win over the Kings XI Punjab at the Wankhede stadium.

Lokesh Rahul had played a masterful innings of 94 to get the visitors close to hauling in the Indians effort of 186 for 5.

Earlier a spectacular return to form for Kieron Pollard helped the home team recover from the loss of two wickets in the final over of the powerplay.

Pollard came to the wicket with the Mumbai Indians 71 for 4 in the ninth over and his 65 run partnership with Krunal Pandya (32) set the platform for a flying finish.

Andrew Tye would return though to peg back the hosts ending with figures of 4 for 16 bagging the wickets of the top three as well as Hardik Pandya (9).

The Kings XI got their chase off to great start thanks to Rahul and Aaron Finch (46) who had lifted the visitors to 145 for 1 at the end of the 16th over and looked odds on to take the contest home.

KL Rahul was brilliant tonight but it wasn't enough for the Kings XI #IPL https://t.co/yOa9vJ1XzY

But Jasprit Bumrah struck twice in the 17th over to send Finch packing four short of what would have been a well deserved fifty before bouncing out Marcus Stoinis (1).

Cutting was expensive in the 18th but Bumrah’s 19th over was a good one with Rahul failing to clear long off with nine balls remaining.

Mitchell McClenaghan did enough in the final over for Mumbai to stay alive in the IPL in 2018.

Japrit Bumrah looked back to his best at the Wankhede #IPL https://t.co/3fq0wgoaxY

Man of the match Bumrah said after the contest: “Clarity is very important when you bowl at the death otherwise there’ll be doubt. If I’m clear, it’s easy to execute.

“It doesn’t change at the last moment [the plan when I’m running in]. Even on a bad day when a batsman hits you, you just have to execute your plan.

“[Rahul] has been batting really well so it’s sometimes difficult to bowl to a batsman like that. But I was backing myself. I was clear and it was a good day and it worked.

“On this wicket when the slower ball was bowled on a good length, it wasn’t gripping, so I looked to bowl a dipper and it worked.”