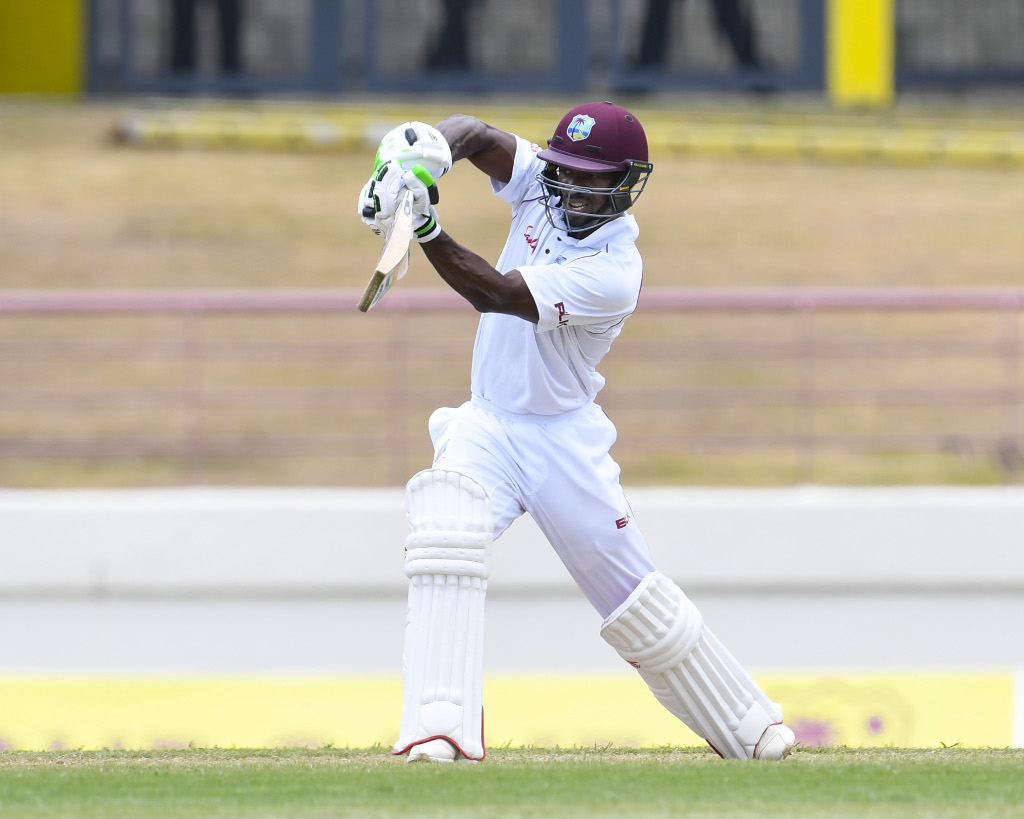 The West Indies withstood an early assault with the new ball by Sri Lanka to get to 118/2 on a severely rain-affected second day’s play at Gros Islet.

Only 42.3 overs would be bowled on a day of regular showers that was eventually ended by bad light. In that time, the West Indies would add 116 for the loss of two wickets, leaving them just 135 runs behind Sri Lanka.

Kraigg Brathwaite’s was the only wicket to be taken in the morning session, nicking off to give Kasun Rajitha his first Test wicket. But Sri Lanka’s consistently threatening attack gave up only 63 runs before lunch as Devon Smith and Kieran Powell protected their wickets. 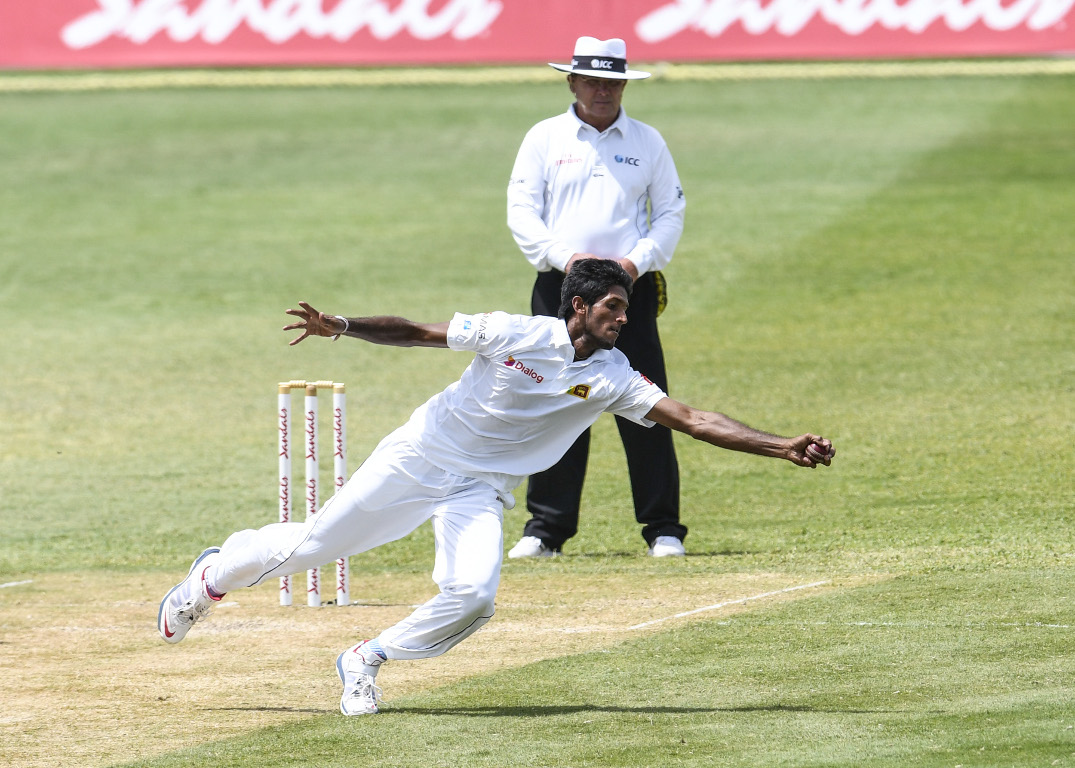 They built steadily in between delays to get Smith past his fifty but in a short final session that gave West Indies plenty to lose and little to gain, Powell was caught in the slips off Lahiru Kumara to bring Shai Hope to the crease, who made it to the end of the day 2 not out. He remained alongside Smith (53*), who dealt admirably with the disruption all day.

Despite the home side’s impressive progress, Sri Lanka had bowled with heart and control without full reward and in truth the constant breaks didn’t favour either side’s rhythm. Nor the moods of umpires Ian Gould and Aleem Dar.

West Indies will hope for a full day’s play as they aim to move past the Sri Lankan total on the third day.