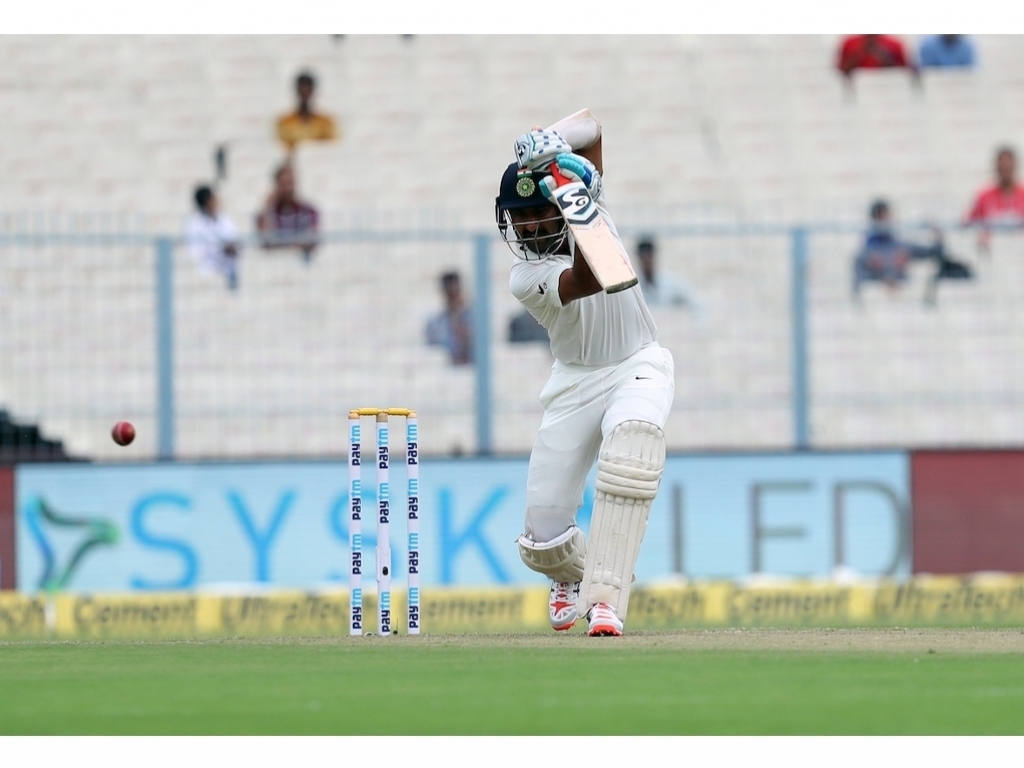 Sri Lanka have India on the ropes at Eden Gardens in Kolkata with the hosts struggling to 75 for five by the close of play on day two of the first Test.

The weather and Cheteshwar Pujara stand between Sri Lanka and a result though with only 21 overs possible on the second day.

This after the first day saw just 11.5 overs bowled which now leaves little time to force a result.

Dasun Shanaka took both the wickets to fall on the second day with Ajinkya Rahane (4) struggling before getting a thin edge through to the keeper.

Ravichandran Ashwin (4) conspired to throw his wicket away with a loose shot off Shanaka that flew to point.

Pujara (47*) held firm though and ended the day three short of his fifty being the only India batsman to get into double figures.

Wriddhiman Saha (6*) was with him when rain stopped play for good. The state of the wicket may leave both teams thinking they can still get something other than a draw from this match.