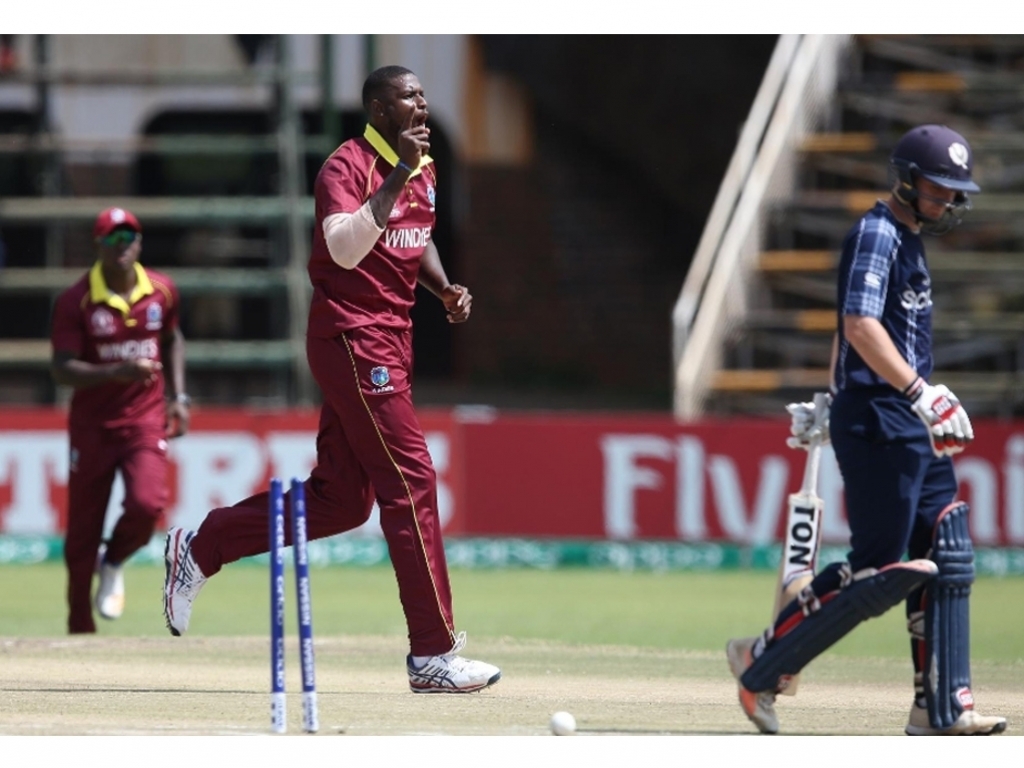 The West Indies narrowly avoided the ignominy of not qualifying for the World Cup as they beat Scotland in a very tense drama of a match that saw Scotland’s hopes of making a World Cup crash so tantalisingly close before their eyes.

West Indies won by five runs on the Duckworth-Lewis method when rain washed out play with Scotland on 125 for 5 (35.2) in pursuit of 199 runs in 50 overs.

Scotland won the toss and elected to field first and they didn’t have to wait long to make inroads into the Windies batting line-up as Chris Gayle (0) edged Safyaan Sharif to the ‘keeper on the very first ball the day. Sharif then snared Shai Hope (0) with the first ball of the next over, which made the score 2/2.

Evin Lewis (66) and Marlon Samuels (51) then added 121 responsible runs to steady the ship and give the West Indies a platform from which they would have been confident of reaching a defendable score. Scotland continued to bowl and field with enthusiasm and discipline and the Windies, with a now long-deserved reputation for collapsing, then lost 8 for 66 to be all out for 188. 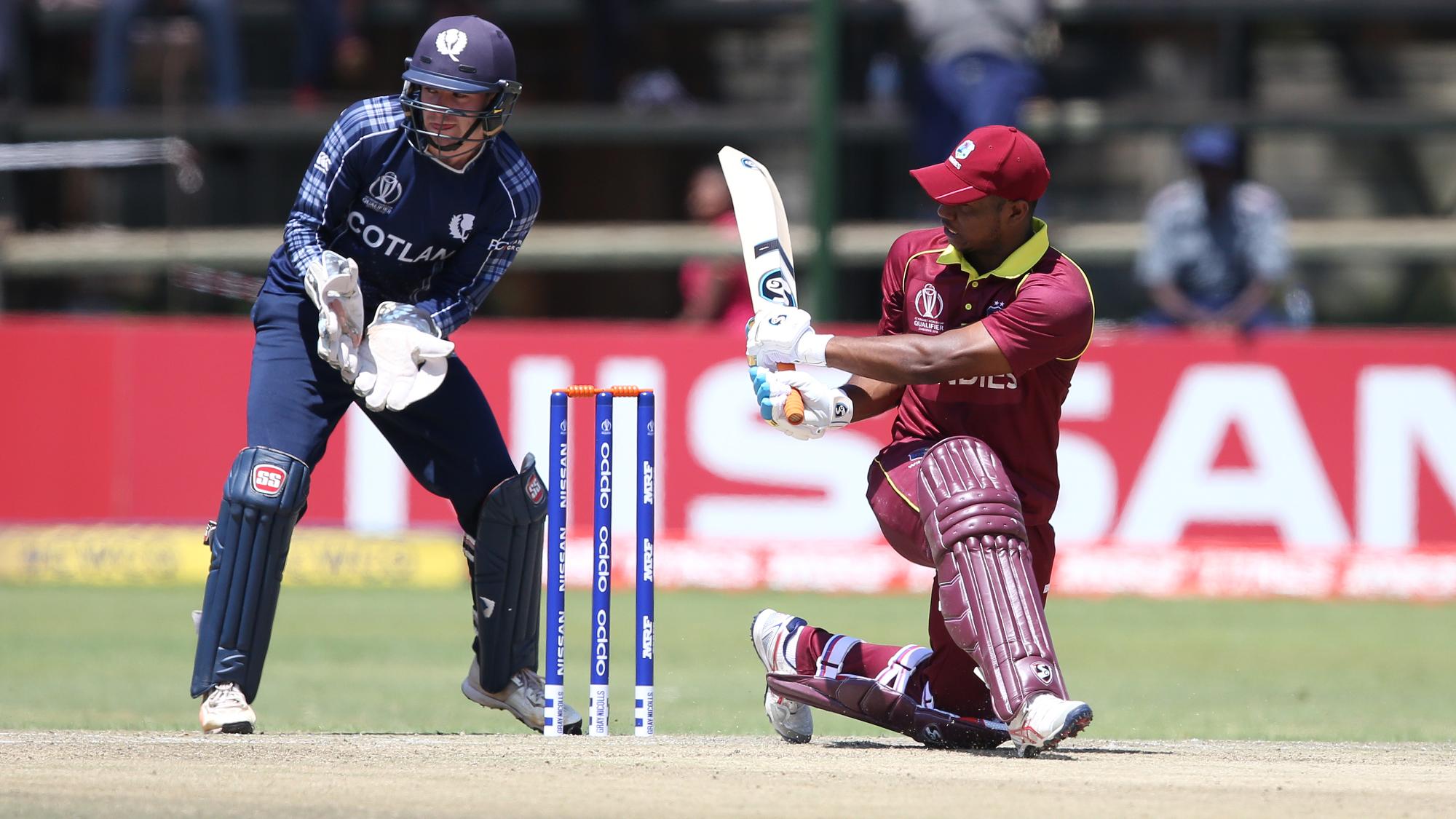 Brad Wheal (3-34) and Michael Leask (2-36) backed up the outstanding effort of Sharif (3-27) and, while some batsmen threw their wickets away, Scotland’s effort in the field was highly commendable for they kept giving it their all. Carlos Brathwaite (24) was probably the difference between a competitive total and a losing one as the middle and lower order fell like ninepins.

Scotland were brave in riposte but their top-three soon fell to Kemar Roach (2-20) and Jason Holder (1-31). Captain Kyle Coetzer (2) was an obviously big scalp. To rebuild from 25 for 3 but the likes of Calum McLeod (21 off 51 balls) and Richie Berrington (33 off 68) went about dour consolidation to give themselves a chance.

Off-spinner Ashley Nurse went on to account for that pair but Berrington will consider himself extremely unlucky as the ball would have gone well down leg, perhaps even missing a fourth stump.

105 for 5 in the 32nd over was when George Munsey (32 not out) was joined by Leask (14) and the pair added 20 runs in as many balls to keep the chase alive. Sadly for Scotland, however, a few dark clouds loomed nearby.

The rain came when Scotland required 74 runs from 14.4 overs with five wickets in hand, an agonising handful of runs short of the DL target. It had not really been forecast and it did not stop for an hour before the umpires called it off on a field that resembled a sporting stage more suitable to fishing than cricket.

No doubt Scotland’s players are more used to matches being curtailed than most, but none was ever so devastating as today’s washout.