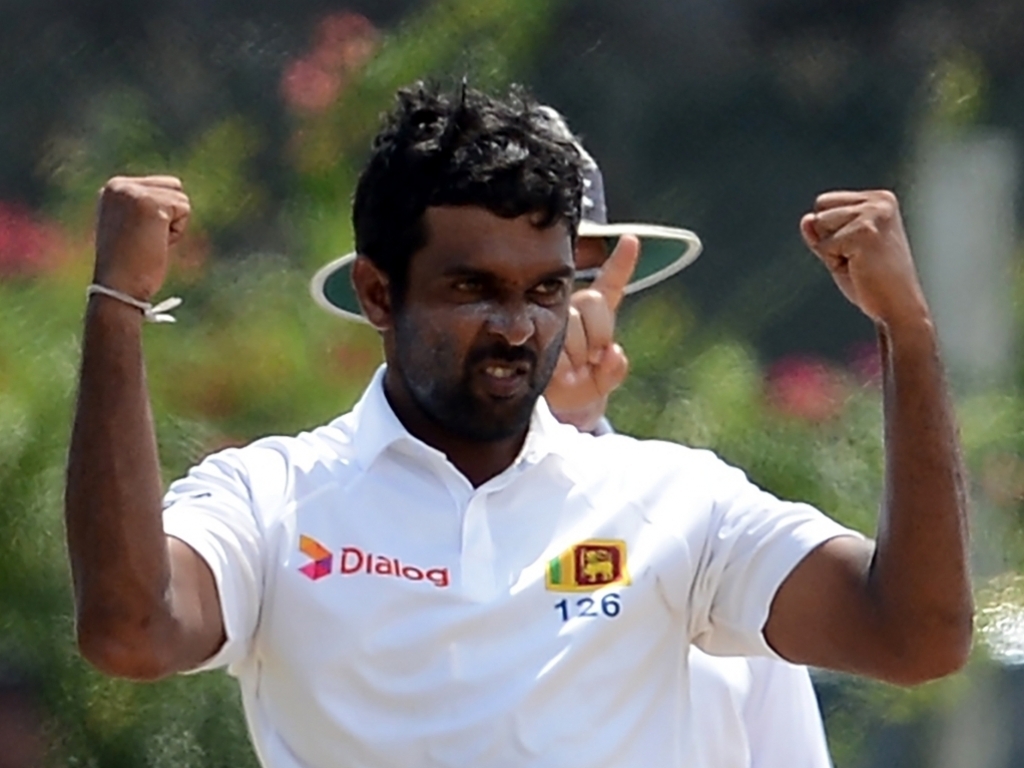 Sri Lanka took firm control of the first Test against Bangladesh on day three before afternoon showers brought a premature end to play shortly after the visitors were bowled out for 312.

While Bangladesh avoided the follow on they have surrendered a 182 run lead to their hosts on a pitch that is starting to take more turn.

Bangladesh skipper Mushfiqur Rahim played an almost lone hand for the visitors hitting 85 with very few of his teammates able to stick it out with him.

Soumya Sarkar (71) was guilty of throwing his wicket away early on the third day as he pulled Suranga Lakmal straight to fine leg having added just five runs to his overnight score.

Shakib-al-Hasan would make 23 before he, much like Tamim Iqbal, tried to flick Lakshan Sandakan’s googly down the legside but could only find the gloves of Niroshan Dickwella.

Mahmudullah (8) was comprehensively bowled by Lahiru Kumara displaying foot work that would turn a number 11 crimson and losing his off stump.

The crisis deepened for the Tigers as Liton Das combined elements of the Sarkar and Mahmudullah dismissals displaying zero footwork and executing a poor shot to gift Asela Gunaratne a simple catch at slip and hand Rangana Herath his first wicket. Bangladesh were 192/6 at this point and in danger of falling short of the follow-on mark.

Mehedi Hasan and his skipper would put on 106 for the seventh wicket though to add a respectable gloss to the innings.

Dilruwan Perera initiated a collapse though when he trapped both Mehedi (41) and Taskin Ahmed (0) leg before off successive balls, the first turned a lot while the second turned less than expected as the off spinner put on an lbw clinic.

Mushfiqur won’t be happy with the way his innings ended as he joined the long list of Tiger’s batsmen who threw away their wickets in the penultimate over of the afternoon session.

Bangladesh went to tea on 312/9 as rain forced the players from the field, they would return after nearly an hour with Herath taking just two balls to remove Mustafizur Rahman (4).

A combination of bad light and more rain kept Sri Lanka from beginning their innings but with two days left and a 182 run lead after the first two innings the hosts will be heavily favoured to win this encounter.