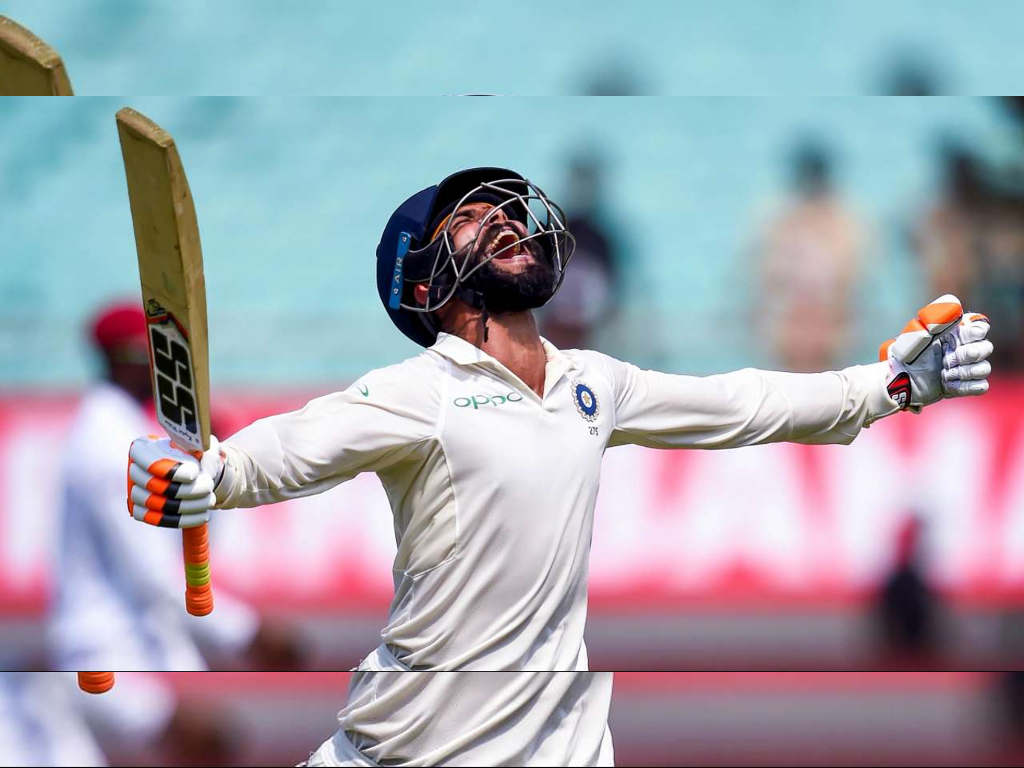 India allrounder Ravindra Jadeja says that he is relieved to have finally scored a Test hundred and thrilled that it came at his home ground of Rajkot.

He hit 100 not out in India’s first innings effort of 649 for 9 declared on day two of the first Test against the West Indies.

Skipper Virat Kohli called the team in as soon as Jadeja had reached the milestone suggesting he is a little more sentimental than we give him credit for. Jadeja has scored three first class triple centuries in Rajkot but to date had managed just nine fifties in his 38 Tests.

“Obviously after nine years of international cricket I am scoring a hundred, so it is a special moment,” he said. “Whenever I reached 70-80 in the past I thought about my hundred, but threw my wicket away.”

Jadeja is eager to show he has the temperament to score Test hundreds having previously been prone to giving it away after good starts.

“I have made big hundreds in the domestic circuit, so I thought I can get hundreds at international level,” Jadeja said. “Today I told myself that I need to reach the mark, I kept telling myself not to play a loose shot and get out.”

The scampered single that brought up his hundred prompted a big celebration and he would end the day with a wicket and a run out to his name.

“I was really happy,” he said. “Whenever you get your first Test hundred it gives you a lot of joy.”

The West Indies are in dire straits having slipped to 94 for 6 by stumps on day two.