Ranchi Test ends in a stalemate 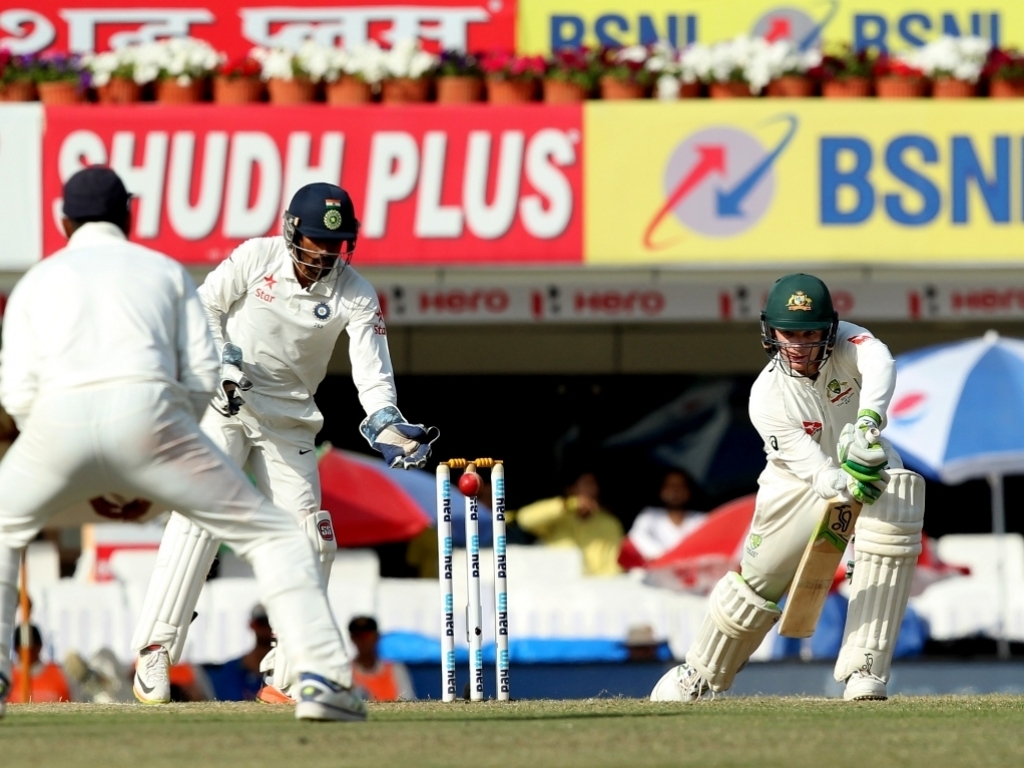 The first ever Test played in Ranchi has ended in a draw as India and Australia could not be separated after fifteen sessions of engrossing cricket.

India would have been favourites coming into the final day with the wicket starting to turn and offer assistance for the spinners as well as some variable bounce to aid the likes of Ishant Sharma and Umesh Yadav.

Matt Renshaw was joined by Steve Smith out in the middle after Nathan Lyon was dismissed in the final over on day four.

Smith and Renshaw were typically combative and the pair would stay together for a little over 20 overs before the latter was trapped leg before by a crafty Sharma. 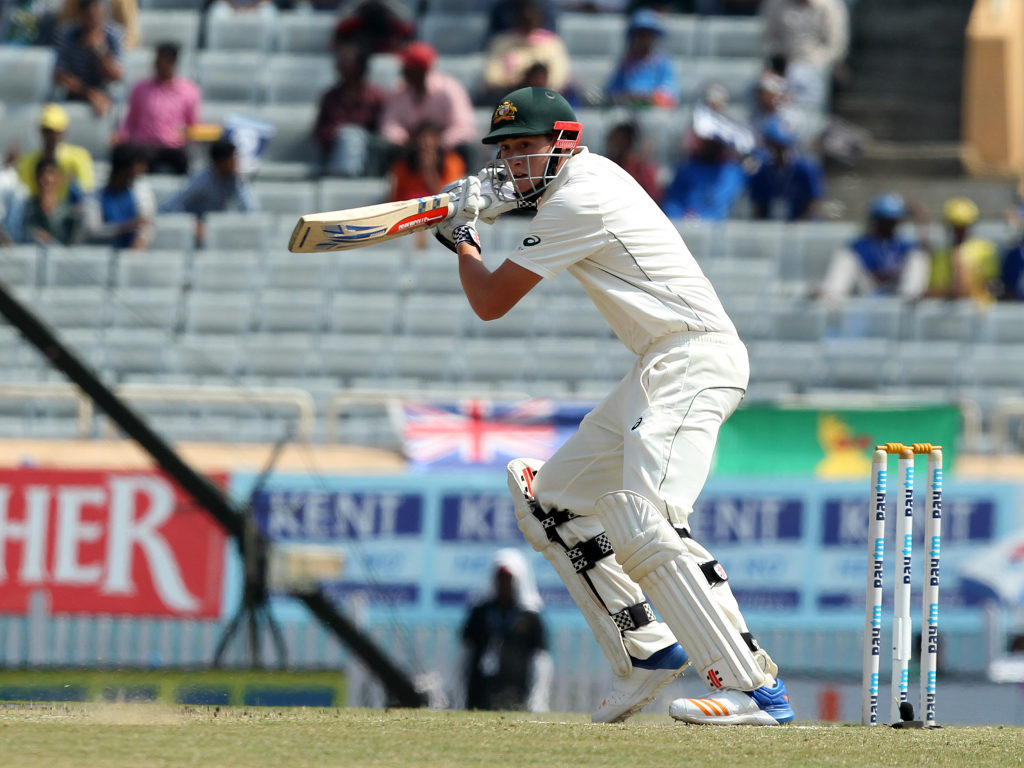 Sharma set Renshaw (15 off 84 balls) up for the short ball and then got a full ball to jag back a little off the seam, the big left-hander was absolutely plumb.

When Steve Smith (21 off 68 balls) went in the very next over India had their tails up and would have been expecting to run through the Aussie middle-order with ease.

Smith’s dismissal was another instance of the skipper suffering from a massive brain fade. The skipper attempted to pad up to Ravindra Jadeja’s stock delivery which had pitched outside leg but he failed to get his pad onto the ball which turned enough to take out his off stump.

Shaun Marsh was then joined by Peter Handscomb and the pair would display intense grit as they took the sting out of the Indian attack and ground out much of the day batting together for 62.1 overs for their 124 run stand.

India used both reviews during their stand, the first an absolutely shocking call by Kohli with Marsh shouldering arms to a ball that pitched outside leg. 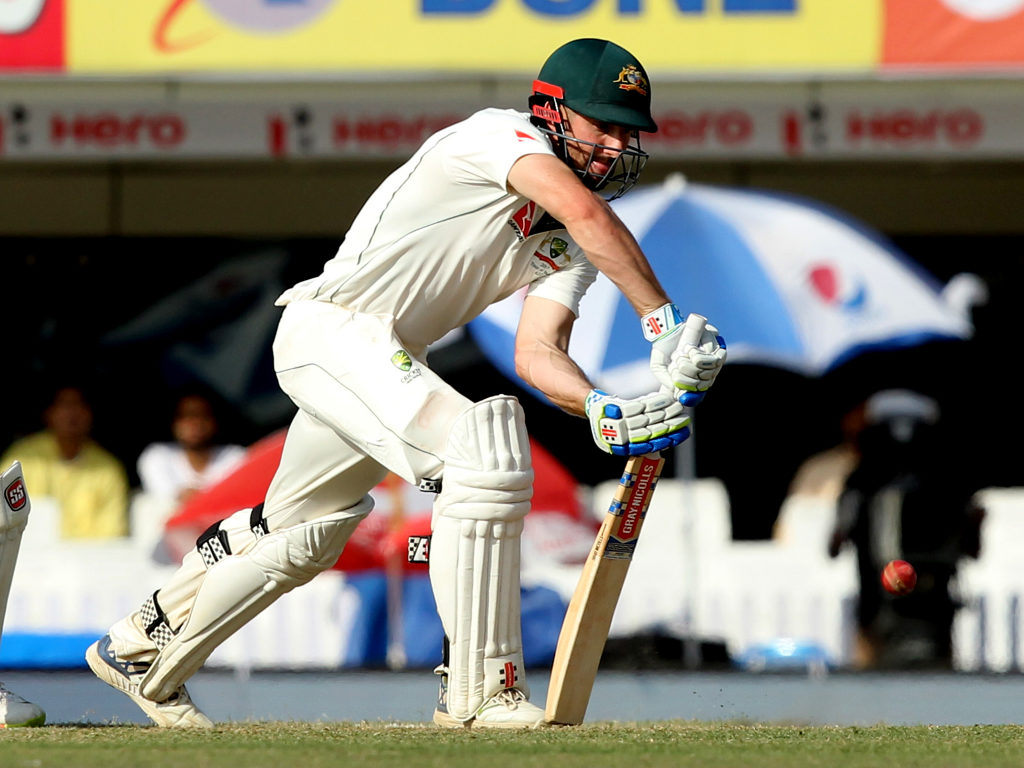 The second instance was a whole lot closer with Umesh Yadav denied the wicket of Handscomb by a matter of inches in a call that would have been upheld either way the umpire called it.

Marsh’s concentration eventually slipped to give Jadeja his fourth wicket of the innings and ninth of the match but by that time the stalemate was all but assured with Australia having built a small lead and time running out. Marsh had made 53 off a massive 197 balls and showed great determination to save the game and keep the series alive.

Glenn Maxwell (2) fell victim to Ravichandran Ashwin after a shot stay at the crease but Matthew Wade and Peter Handscomb (72 not out) held on for long enough and Virat Kohli deigned to shake hands with the batsman and the draw was sealed with Australia ending on 204/6.

Cheteshwar Pujara was named man of the match for his double ton which made the game safe for India but wasn’t enough to secure a win.