Rashid Khan: The plan was to bowl dot balls 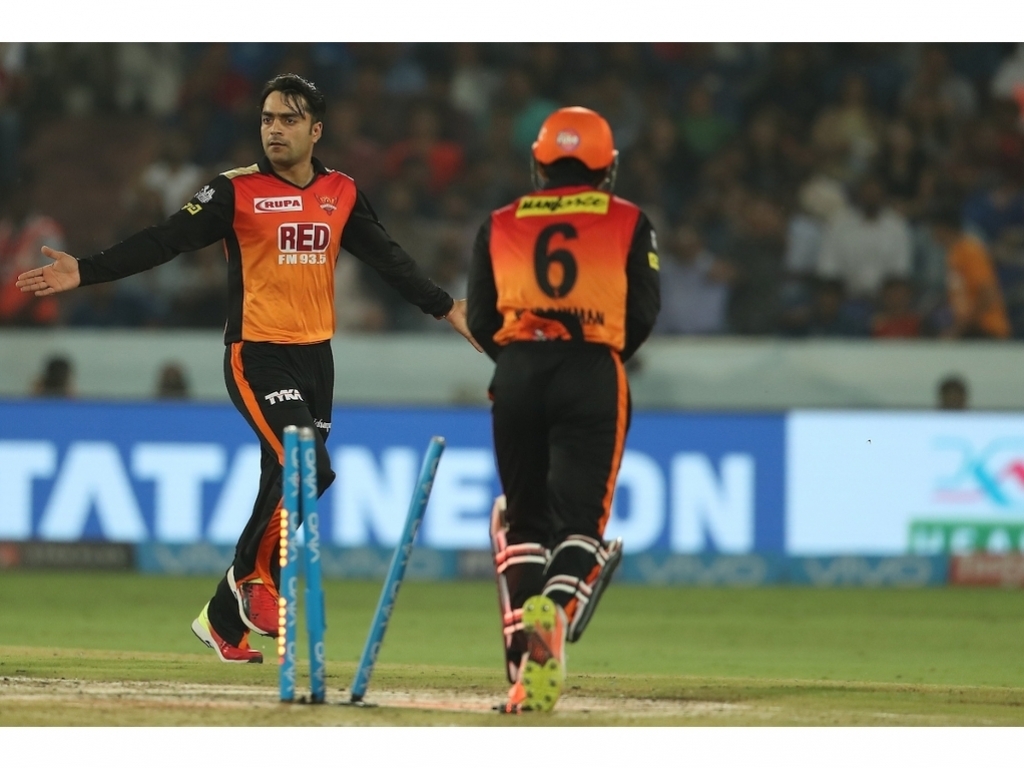 We will forgive Rashid Khan for straying into the realm of cliché after a tense win for the Sunrisers Hyderabad over the Mumbai Indians.

Rashid equaled the record for the most dot balls bowled in an IPL match with a tally of 18 in his four overs.

The Afghan leggie ended with figures of 1/13 from his four overs but his starngle act helped restrict the Mumbai Indians to 147 for 8 in their twenty overs.

He revealed that his strategy was to bowl dot balls, this sadly has to fall into the category of clichés cricketers love to repeat in post-match interviews but he did at least lift the lid a little on how he had done that.

That total would prove chaseable, if only just with a one wicket win sealed off the last ball, so credit  must go to the bowling unit for setting up the win.

The chase had looked comfortable while Shikhar Dhawan, the new purple cap holder, was going great guns early on but wickets in the middle overs swung the match back in the favour of the Mumbai outfit before late hitting from Deepak Hooda got them close and Billy Stanlake knocked over the winning runs off the final ball.

Speaking after the match Rashid said:  “Dot balls are also crucial in the shortest format. That was the plan to bowl dot balls. I try to bowl in a good-length area and mix it up.

The leg-spinner has produced probing spells in white ball cricket that have seen him rocket up the rankings and enhance his reputation no end.

He added: “I always look for the weakness in the batsman. Both legspin and googly I bowl with sharp turn.

Rashid feels a responsibility to the people of Afghanistan to do his best every time he goes out onto the park, saying sport is one of the few joys they have.

He went on: “Afghanistan players are playing here and they are supporting us in every league. Except sport there is nothing much that gives more joy back home. Me, Nabi, and Mujeeb are here and hoping to give them happiness. I want to dedicate this to my friend’s son who is in hospital.”