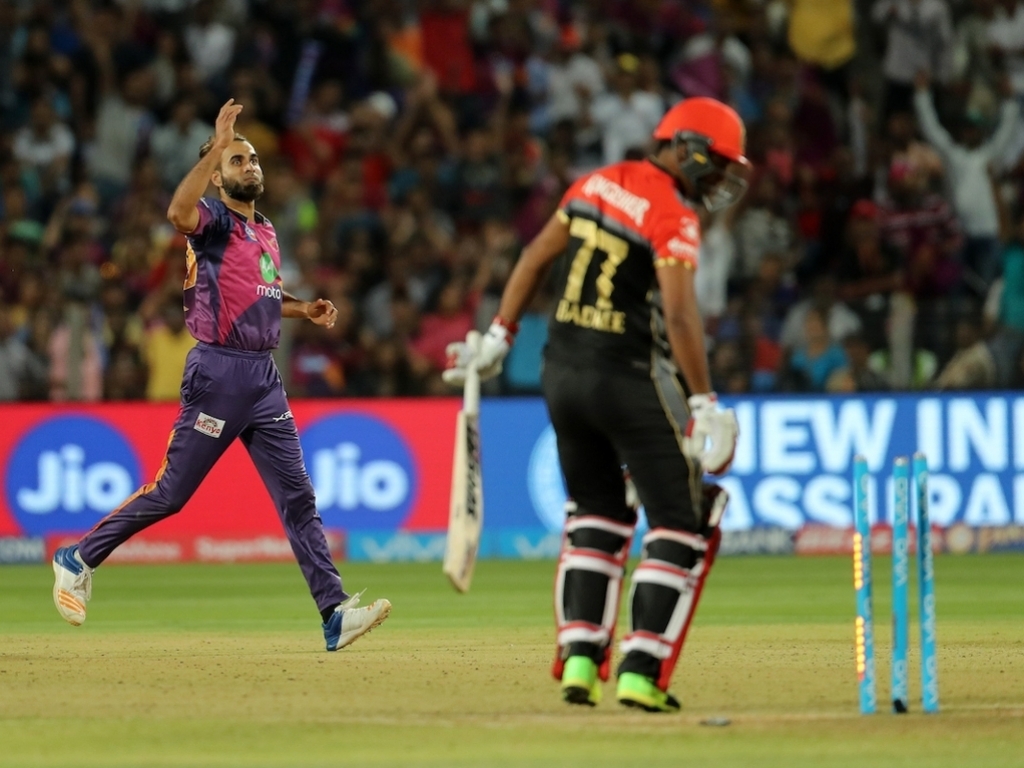 Another batting collapse has left Royal Challengers Bangalore with nothing to play for after a big loss to the Rising Pune Supergiant.

RPS posted a total of 157 for 3 thanks to solid contributions from Rahul Tripathi, Steven Smith and Manoj Tiwary.

RCB’s Samuel Badree struck early to remove Ajinkya Rahane (6) but Tripathi (37) and Smith would add 40 for the second wicket before the opener nicked off to Pawan Negi.

Smith (45) and Tiwary (44*) set up a decent finish on a tricky track with MS Dhoni whacking 21 off 17 at the death after the departure of the Aussie skipper.

Negi’s 1 for 18 from four overs left him as the pick of the bowlers.

Skipper Virat Kohli appeared determined to see his team succeed but his steel was not matched by any of his teammates.

Kolhi (55) was the only RCB batsman to get into double figures and they would end their twenty overs on 96 for 9 to lose by 61 runs.

Travis Head (2) fell early with Jaydev Unadkat beating his bat and grazing the outside of the off stump just enough to dislodge the bail.

AB de Villiers (3) misfired again whacking one straight to short cover off Lockie Ferguson to depart with RCB having 32 runs on the board.

Kedar Jadhav (7) was run out before Sachin Baby (2) and Stuart Binny fell in quick succession.

With the lower order exposed Imran Tahir wrought havoc with his leg spin claiming figures of 3 for 18 to leave RCB in tatters.

Kohli was the last of the nine wickets to fall when the game was pretty much gone.

Skipper Kohli had a hard time getting through his post match interview saying : “I think it’s for everyone to see we lost that game. It’s hard for a captain to stand here and speak after a performance like this.

“But got to learn and move on from these kind of experiences. We lost the game rather than them winning it. Could be a few reasons, expectations, people looking at us as a good batting side that made the Playoffs last year.

“Can’t really pinpoint something – could be hesitation to get out, to get runs. We are pretty much not in the race for the Playoffs, all we can do is enjoy the four remaining games.”