Reading is fundamental for Tiwary 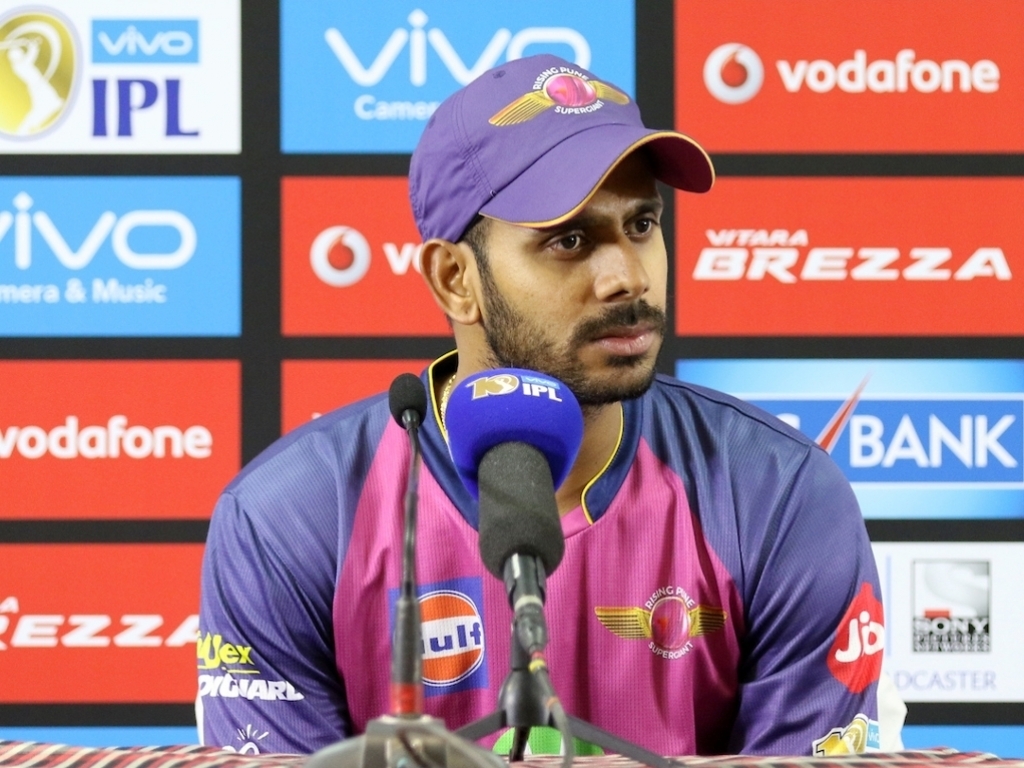 A quick-fire 27 from Manoj Tiwary saved the Rising Pune Supergiant’s bacon in their clash with Royal Challengers Bangalore and the batsman puts it down to reading what the bowlers were trying to do.

The pitch at the Chinnaswamy Stadium was sluggish and scoring difficult but at the back end of the innings Tiwary had to have a go.

Having watched Shane Watson bowl to MS Dhoni he had a pretty good idea of where the Aussie would be trying to land his deliveries.

Tiwary said after the contest: “I was just trying to read the mind of the bowler.

“I was observing what he [Shane Watson] was trying to do to MS Dhoni. He set a field and bowled differently.

“He got a wicket in the form of MS. For the kind of field set, I knew he’ll bowl similarly to me. Once the bouncer went for a wide, I knew he wouldn’t bowl another one.

“He bowled in my areas, he missed his execution and I was up for it. Pretty happy to contributed in the last phase.”

Tiwary felt that Watson failed to adapt his game to the situation and had he done so he might very well have got the better of the batsman on a tricky surface.

He added: “It was difficult for the batsmen but I felt that over of Watson obviously, he didn’t apply his brain to be honest, changed it.

“The wicket was difficult to bat on. If there is moisture underneath, it makes shot-making difficult.”

After the disappointment of going unsold at the 2016 IPL auction Tiwary has looked to increase his scoring rate in T20s.

He went on: “Strike rates have been at the back of my mind. Even in the Syed Mushtaq Ali Trophy, I wanted to focus on that since it’s the demand of the format.

“I normally try and play the situation. The nature of my batting is such. My role is 50-50, at times I find it difficult to analyse how to go about my game.

“Couple of seasons ago at Delhi, they used me as a floater. If a wicket falls, I was asked to build. This year, I made up my mind, no matter what the situation is, I’ll look to play aggressively. That is the plan I had and it’s helping me.”