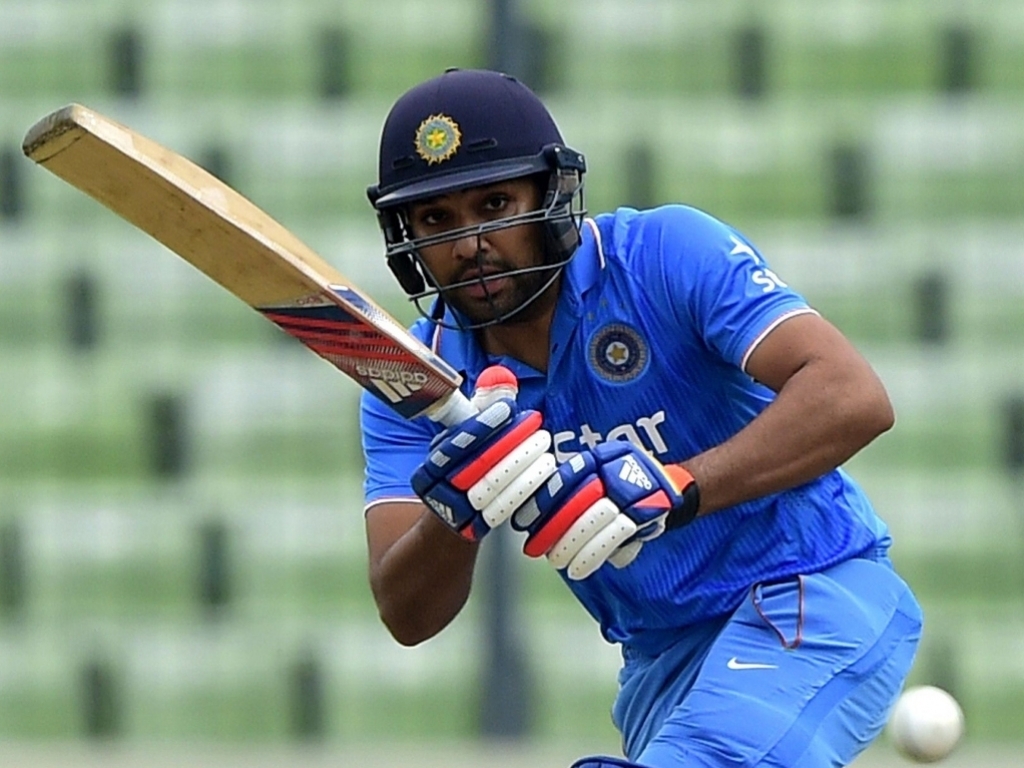 India opener Rohit Sharma is relishing another series against Australia and is confident of a strong performance from his team despite some big names being absent.

His opening partner Shikhar Dhawan has been released from the squad for personal reasons while spinners Ravichandran Ashwin and Ravindra Jadeja are rested.

Sepaking from Chennai Rohit said: “We have great bench strength. Of course, the presence of Shikhar will be missed.

“The kind of form he was in of late, the achievements we have had in the last few series, he has had a big role to play.

“Right from Champions Trophy till the last tour in Sri Lanka, he has had impactful performances for the team.

“But, we have got a few guys who can replace him. Ajinkya (Rahane) is one of them. He had a great series in the West Indies where he was the Man of the Series.

“There are guys who can come and take the position anytime. That’s why we have the (rotation) policy going on.”

Rohit’s comments suggest Lokesh Rahul will not go back up the order despite struggling at number four.

India’s ODI vice-captain did however back Rahul to come good once he has settled in his new role.

He added: “I think both coach and captain clearly spoke about roles each individual has to play.

“Before the start of Sri Lanka our, the captain said he is looking at KL as a No. 4 batsman. Ajinkya has opened in the West Indies. I guess that could be the option.

“Having said that, when you have this kind of versatility in your team, it gives captain and coach a little bit of relief that these guys can take up any position they are offered.

“You will have to play according to the team dynamics. That’s how I became an opener – because the team wanted me to open at that point.

“I’m sure no batsman will come into the fray thinking he is a specialist opening batsman and needs to open the innings. We are all here thinking ‘wherever the team wants us to play we should do the job’.”