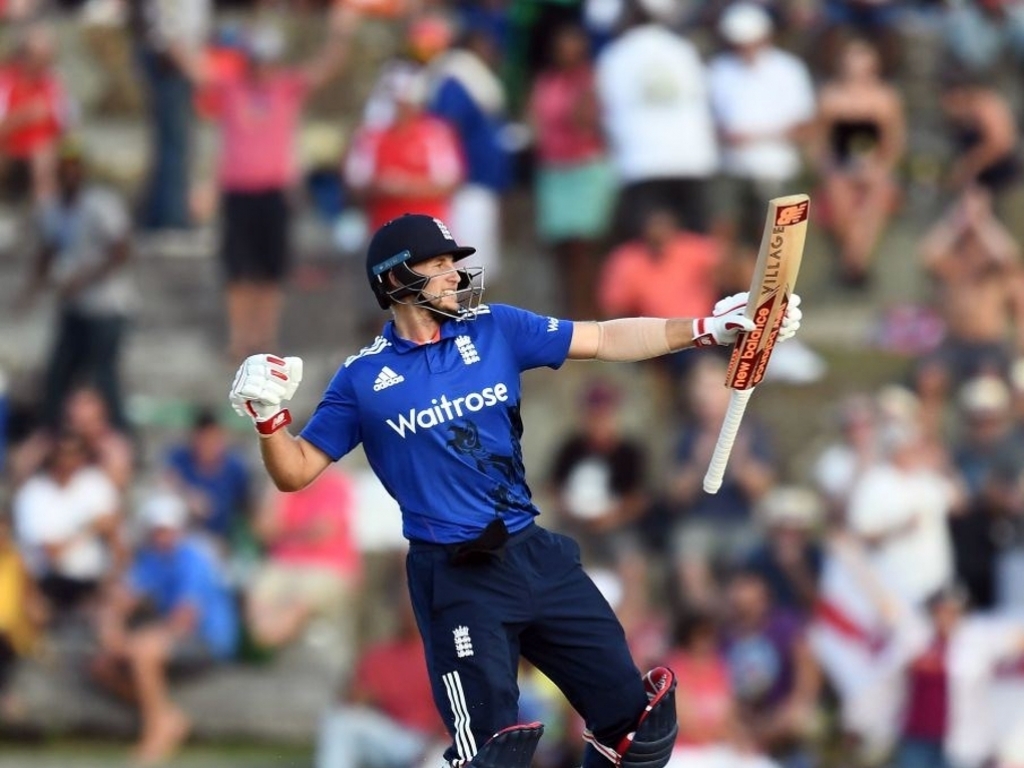 England sealed the ODI series against the West Indies with a four wicket win in the second match in Antigua having been set a target of 226 to win.

The tourists found themselves in trouble during the chase slipping to 124/6 before allrounder Chris Woakes and Joe Root came together to put on a match winning stand of 101.

The West Indies batsmen earlier struggled on a sluggish surface with only Jason Mohammed (50) able to get to fifty.

Opener Kraigg Brathwaite was the next highest scorer with his steady 42 off 70 balls, while his strike-rate was well below what is normally expected in ODI cricket it is in fact above his career strike-rate.

The West Indies lost wickets on a regular basis throughout an innings that never really got off the ground but Jonathan Carter was able to add some impetus in the middle period when he hit 39 off 36 balls.

The English bowlers spread their wickets around but Liam Plunkett ended as the pick of the bowlers taking 3 for 32.

Steven Finn went to 100 ODI wickets when he caught Kieran Powell (9) off his own bowling.

England started their innings very well after the initial loss of Sam Billings (0) who was caught off the bowling of Shannon Gabriel in the first over.

Jason Roy (52) got England moving forward very quickly as he and Root put on 86 for the second wicket.

When Roy holed out to Ashley Nurse it triggered an England middle order collapse.

Root held up one end but a procession of England batsmen failed to get into double figures.

But England bat deep and the next man in, Woakes has saved the team’s bacon before.

Woakes was granted a life as England approached the death overs when he was dropped by Rovman Powell off the bowling of Carlos Brathwaite.

He would be dropped again with England on 214 this time off the bowling of the other Brathwaite, Kraigg.

Woakes would end on 68 not out becoming England’s all-time leading scorer in batting positions 8-11, credit must also go to Root who played the anchor role for the team and fell 10 runs short of a century ending 90 not out.

England take an unbeatable 2-0 series lead in the three match series after the win.