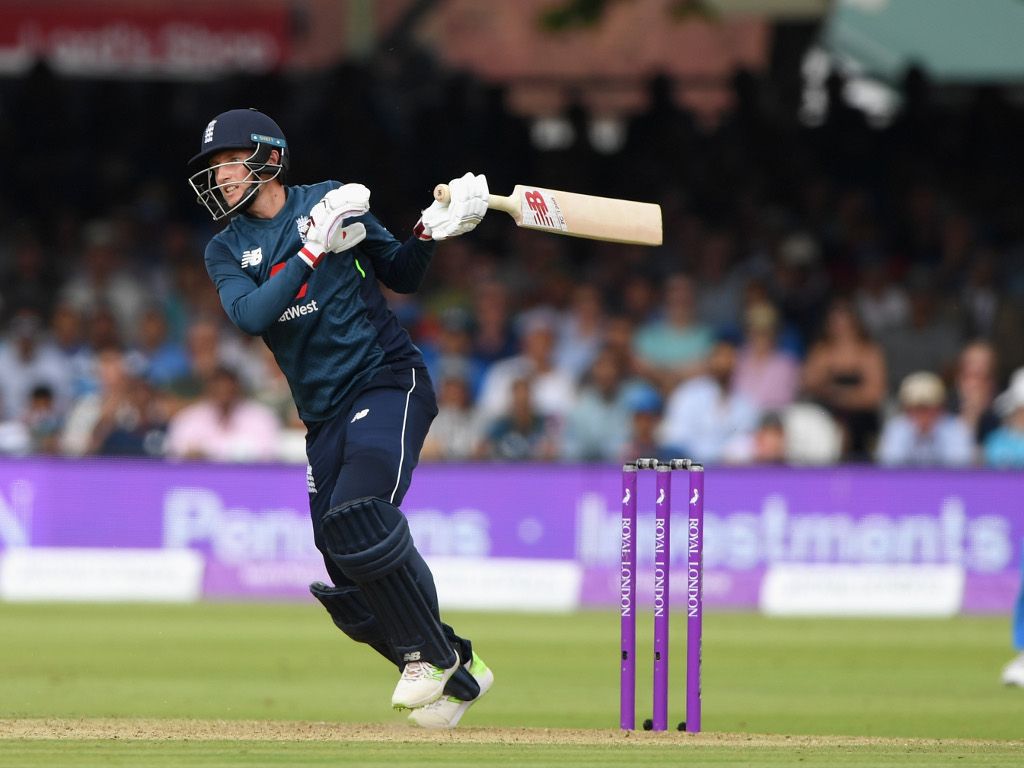 England fought back in the second ODI of the series against India with an 86 run win at Lord’s set up by a century from Joe Root.

Eoin Morgan won the toss and elected to bat first and after another flying start from Jonny Bairstow and Jason Roy it looked like a familiar foe would return to haunt them.

Kuldeep Yadav’s introduction into the attack produced the wicket of Bairstow (38) in the 11th over and Roy (40) in the 15th to leave England 86 for 2.

Unlike the first ODI England had a plan to counter the effect of Kuldeep with the middle-order showing a willingness to take on the left-arm wrist-spinner.

Root and Morgan consolidated adding 103 for the third wicket and though Morgan feel to Kuldeep as well the tweaker would end up conceding 68 runs in his ten overs.

Ben Stokes (5) and Jos Buttler (4) perished trying to elevate the scoring rate and when Moeen Ali fell for 13 to leave England 239 for 6 there was some concern that they may not make 300 on a pitch that looked to be getting harder to bat on.

A destructive innings of 50 not out off 31 balls from David Willey gave England a big finish.

Root (113) scored consistently and did a great job of keeping England steady through a middle-order wobble.

England’s bowlers found India easier to tackle with a decent score on the board and the home side were able to build pressure on openers Rohit Sharma and Shikhar Dhawan who have been in phenomenal form in the limited overs matches on the tour so far.

The breakthrough came when Mark Wood bowled Rohit for 15 to leave India 49 for 1 in the ninth over of the chase.

Wickets fell in both the overs that followed with Willey having Dhawan (36) caught at backward point before Liam Plunkett came into the attack and immediately had Lokesh Rahul brilliantly caught by Jos Buttler off an inside edge for a duck.

An 80 run stand for the fourth wicket looked like it might get India back on track but Moen Ali trapped Virat Kohli (45) leg before and Adil Rashid bowled Suresh Raina (46) to take the wind out of the hosts sails.

MS Dhoni did his best to take the game deep until, with the tail crumbling around him, a Plunkett slower ball ended his valiant effort, India were 215 for 8 with 23 balls left to get 108 runs.

Plunkett (4/46) trapped Siddarth Kaul (1) leg before later in the 47th over of the chase to bag his fourth scalp.

The game fizzled out as a contest in the final few overs as the game crept towards an inevitable conclusion eventually ending with India being bowled out for 236 off the final ball of the innings.