Roy thrilled to hit his straps after lean spell 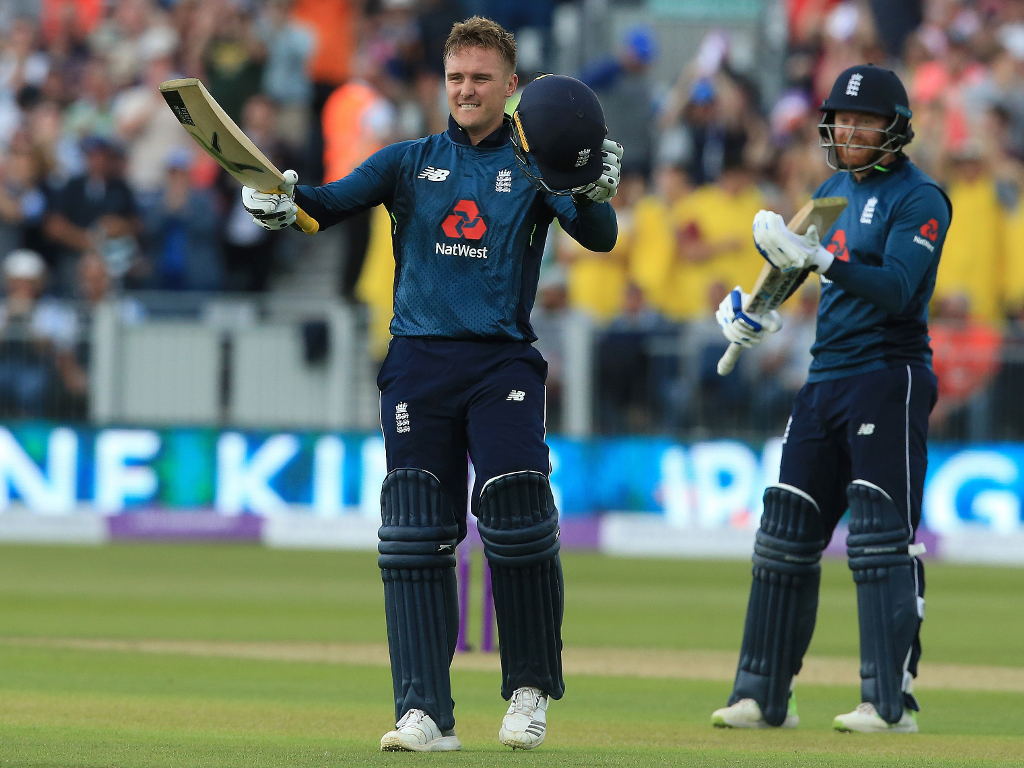 After a disappointing off-season spent with misfiring Indian Premier League Franchise the Delhi Daredevils England opener Jason Roy is delighted he has found form against Australia.

Roy blazed his way to a second century in three innings against Australia on Thursday evening in Chester-Le-Street to help England eclipse the visitors by six wickets and take a 4-0 series lead into the final match.

Speaking after the victory Roy told Sky Sports: “I’m feeling like I’ve got myself into a good routine and I’m just trying to get out there and do my job for the team.”

Roy was disappointed that he couldn’t go too far beyond the hundred mark, after he holed out to Nathan Lyon who returned to ODI cricket after a long spell in the fifty over wilderness.

The opener said: “I’m trying to control my innings, pace it so I can set some good foundations for the end. Unfortunately I couldn’t kick on today.”

Before his batting heroics Roy combined with ODI debutant Craig Overton in the field to dismiss Alex Carey as Australia looked for a big finish.

He said: “I was lucky to have someone to throw that catch to so well done to the big lad Craig Overton for getting the yards in to get there.”

Skipper Eoin Morgan was pleased with the display from his team but eager to see them improve with ball in hand.

Morgan told Sky Sports: “We played pretty solid cricket today. Our objective was to chase something in our grasp.

“We struggled to take wickets, which we need to improve on, but we limited the run rate and they didn’t get away from us.

“Our feedback was that the wicket was really good. Jos Buttler’s judgement from keeper is really important for that and from what he said at the interval we knew that total was within our grasp.

“It’s a different challenge at Old Trafford but it’s a ground we’ve enjoyed so hopefully it goes our way if we play well.”