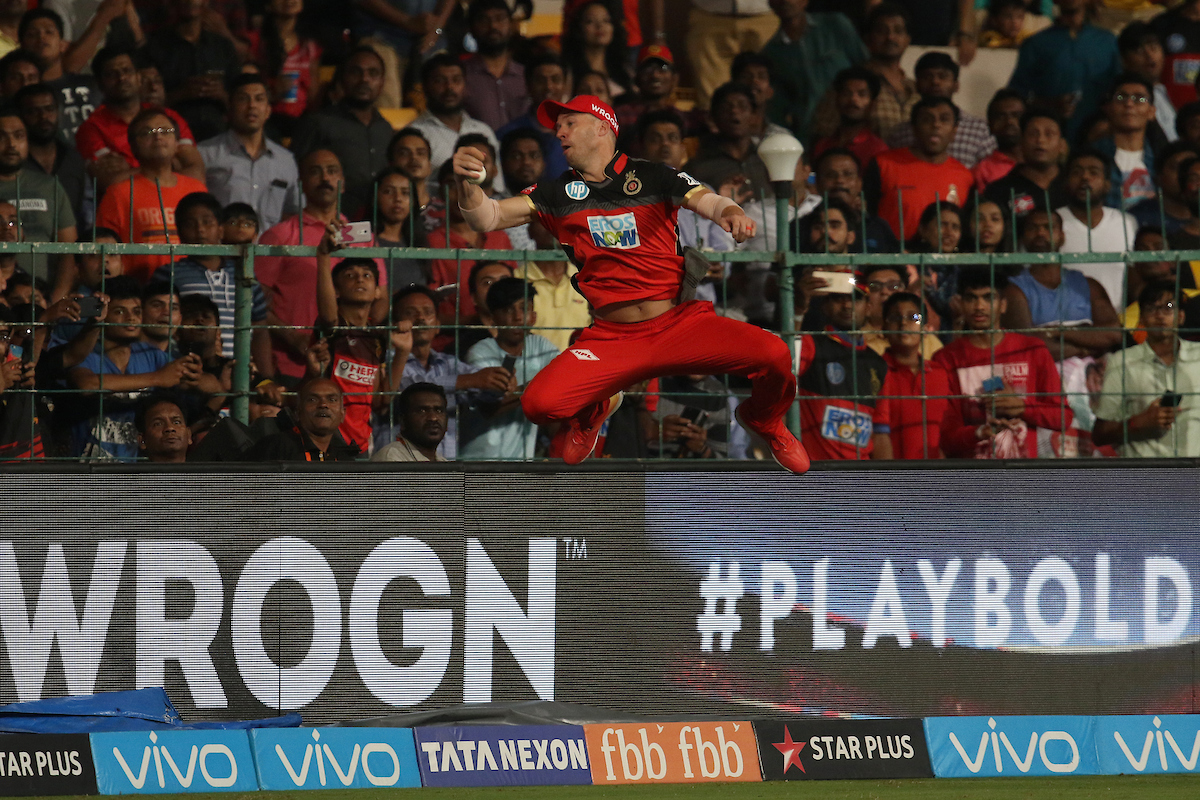 There were plenty of runs on offer when the Royal Challengers Bangalore beat the Sunrisers Hyderabad by 14 runs in Bengalaru on Thursday.

The Sunrisers won the toss and put Virat Kohli’s men in to bat on a belter of a surface at the Chinnaswamy stadium.

The loss of Parthiv Patel (1) and Virat Kohli (12) inside the powerplay was offset by a blistering partnership between AB de Villiers and Moeen Ali.

The overseas pair added 107 off 54 balls to give RCB a great platform to launch off of in the final overs.

Rashid Khan (3/27) had earlier produced a pearler to castle the RCB skipper turned the game again we he accounted for both De Villiers (69) and Ali (65) in the fifteenth over.

But Kiwi power-hitter Colin de Grandhomme blazed a quickfire 40 off 15 balls with the Sunrisers Basil Thampi taking some tap from him after Moeen and De Villiers had earlier taken a fancy to his bowling. Thampi ended with figures of 0/70 from four overs, the worst in IPL history.

An innovative 22 not out off 8 balls by Sarfaraz Khan helped lift RCB to 218 for 6 in their 20 overs after De Grandhomme holed out to Siddarth Kaul with Rashid Khan taking what on most nights would have been comfortably the best catch.

Ridiculous from AB https://t.co/yvCHgZ6eLS via @ipl

However that honour belonged to de Villiers who took a blinder to end Alex Hales (36) whirlwind innings and leave the Sunrisers 64 for 2 with Shikhar Dhawan (18) already back in the hut after chipping a delivery straight back to bowler Yuzvendra Chahal (1/28).

Kane Williamson and Manish Pandey then shared a partnership to rival the Mooen and De Viliers stand.

The pair put on 135 for the third wicket and took a big chase very deep indeed though a tight 17th over from Tim Southee swung things in the Challengers’s favour and though the Kiwi took some punishment from Pandey in the penultimate over the 20 runs he left Mohammad Siraj to defend were enough to secure the win.