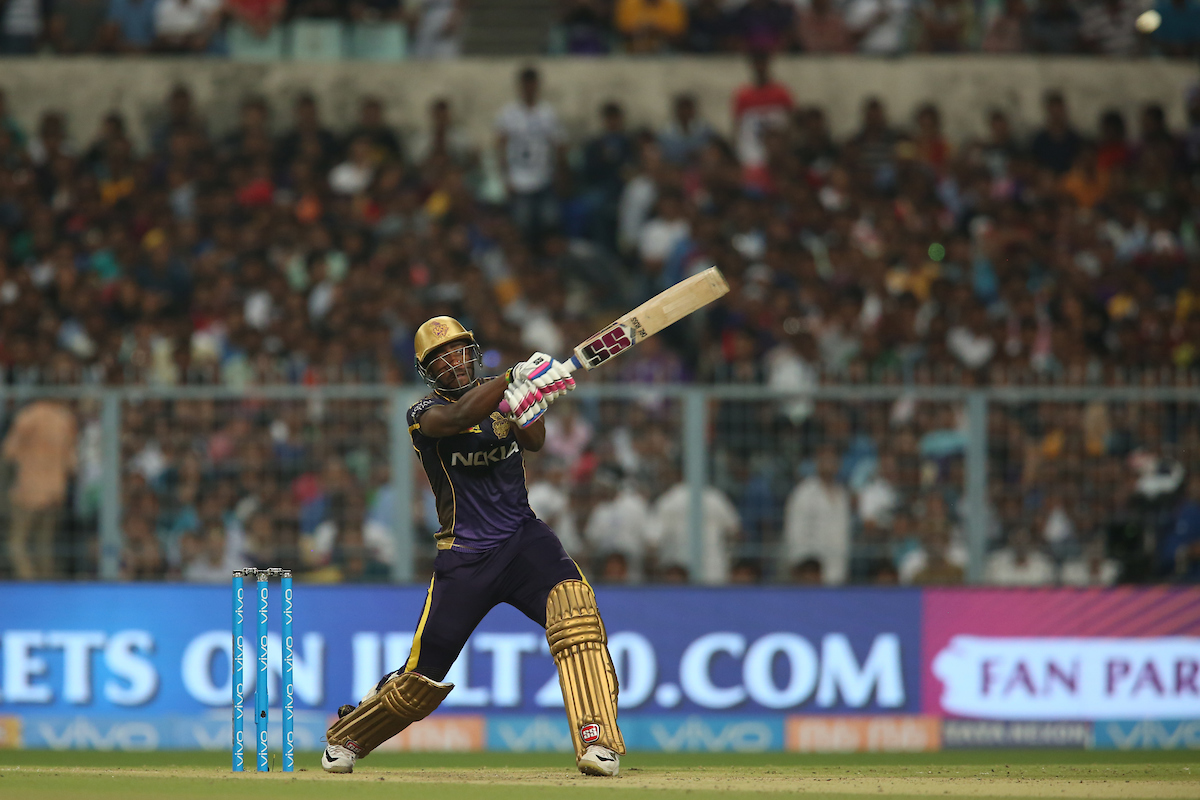 An Andre Russell special helped the Kolkata Knight Riders to an eliminator win over the Rajasthan Royals in the Indian Premier League playoffs.

That was enough to record a 25 run win over the Rajasthan Royals whose chasing effort fell away dramatically in the second half of their reply.

Kuldeep Yadav was the bowler who applied the brakes to the Royals reply ending his four overs with figures of 1 for 18 while Piyush Chawla (2/24) struck crucial blows removing set batsmen Rahul Tripathi (20) and Sanju Samson (50).

Questions will be asked about the scoring rate of Royals skipper Ajinkya Rahane who used up 41 balls for his 46 leaving the middle and lower order with a lot to do at the death.

Dinesh Karthik on the other hand has continued his rich vein of form the KKR skipper was the engine of his teams middle order effort yet again hitting 52 off 38 balls to tops score for the Kolkata franchise.

Prasidh Krishna (1/28) has been a real find for KKR with his death bowling being a big part of the team’s four match winning streak.

The Knight Riders will face the Sunrisers Hyderabad in the second qualifier on Friday with the winners going on to meet the Chennai Super Kings in the final on Sunday.