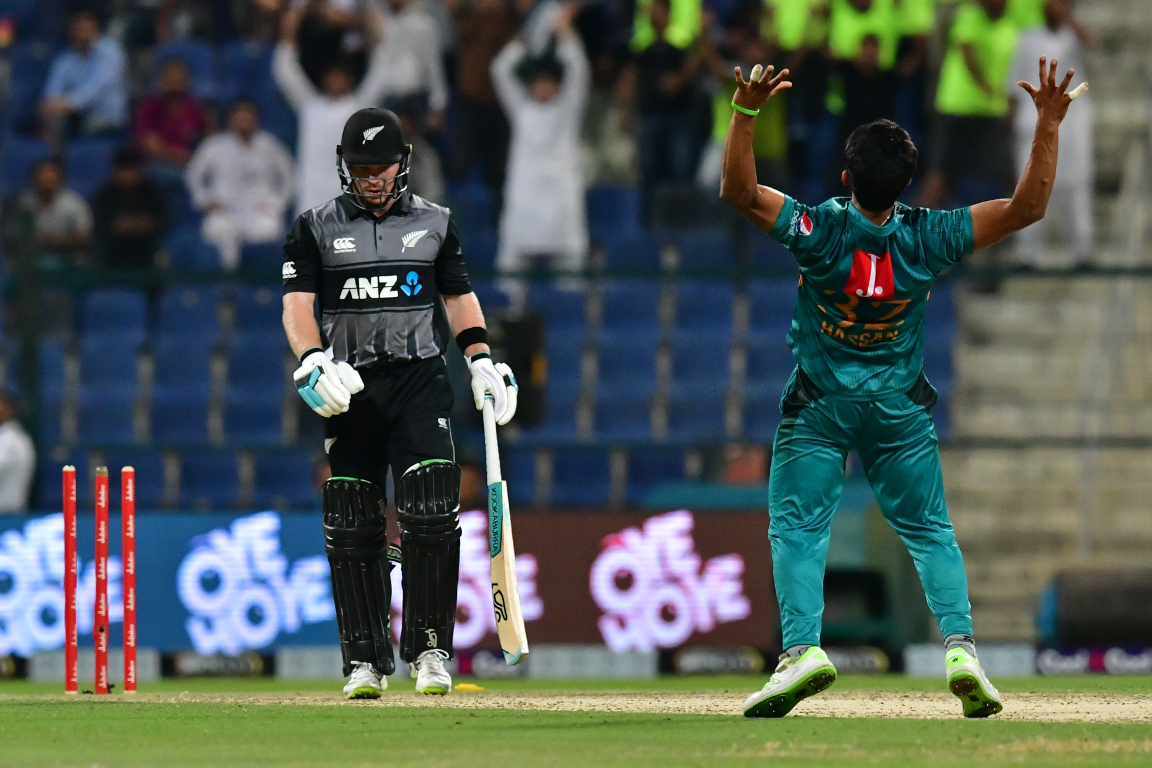 The Black Caps of New Zealand were handed a two-run defeat in the first T20I of their three-match series against Pakistan in the UAE.

New Zealand’s bowlers showed no sign of rustiness early on with Ajaz Patel taking a wicket on debut before Adam Milne made Babar Azam (7) his first victim.

When Hafeez fell to Milne in the 12th over it threatened to derail the innings, Asif fell shortly after and Pakistan were 93 for 4.

Sarfraz Ahmed (34) steadied the ship somewhat but couldn’t accelerate enough to get beyond 150 and Pakistan ended on 148 for 6.

In response a Colin Munro fifty and an unbeaten 42 from Ross Taylor got New Zealand close but ultimately they ran out of steam. Taylor needed to hit the final ball for six to send the game into a super over but he could only manage four.

Hasan Ali (3/35) picked up crucial wickets and would end as the pick of the Pakistan bowlers.