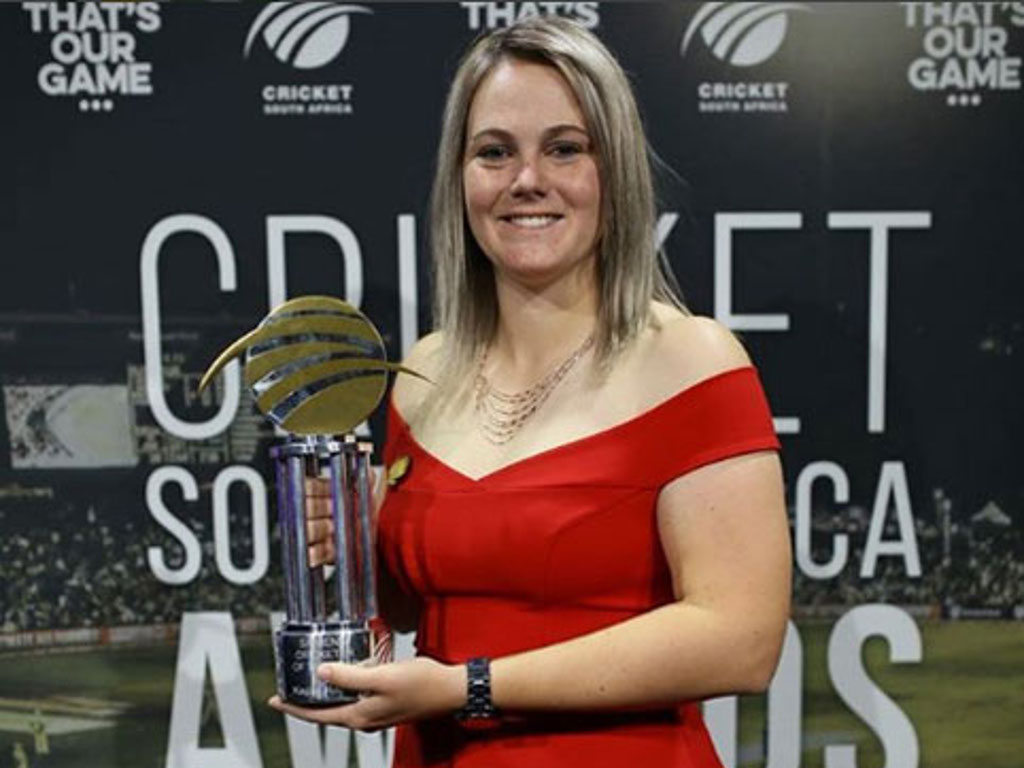 Proteas Women’s captain Dane van Niekerk says she was surprised after being named Women’s Cricketer of the Year at the Cricket South Africa (CSA) awards on Saturday, adding that teammate Laura Wolvaardt was far more deserving of the award.

The national skipper had a stellar 2017/18 campaign in which she became the world number two all-rounder in women’s international cricket, as well as the number nine ranked bowler.

“The award was totally unexpected,” Van Niekerk said. “I don’t like to single out people, but I thought Laura Wolvaardt deserved it more considering the season she had.

“She did win two of the other big awards, but I reckon I’ll give this to the whole team. We had a very successful year.”

Teenage opener Wolvaardt was one of the stars of South Africa’s ICC Women’s World Cup campaign last year, where she was named in the Team of Tournament.

Van Niekerk continued: “Mature is the word, she’s mature beyond her years. She’s in the side at an early age and she knows her job perfectly.

“When you watch the videos of her going about her business, you just realise what a talent she is and what she has the potential to achieve. No doubt these awards are the first of many that will come her way.”

Van Niekerk also spoke about how the women’s game had evolved since her debut in 2009, and reflected on the World Cup in England last year where they reached the semi-finals.

“The days where we use to win maybe one out of three games is done,” Van Niekerk explained.

“It’s always been the big three, but we’re here to change that mindset now. As a team, everyone bought into it before the World Cup. It was amazing, we had that movement of always rising.”

The 25-year-old, who has played over 150 games for her country, is also excited about the future. “I would have never imagined how the game has grown. But it’s still baby steps and there’s a long way to go. There’s a lot of hard work ahead for me and the team.

“But I’m so excited to see how the game has progressed.”