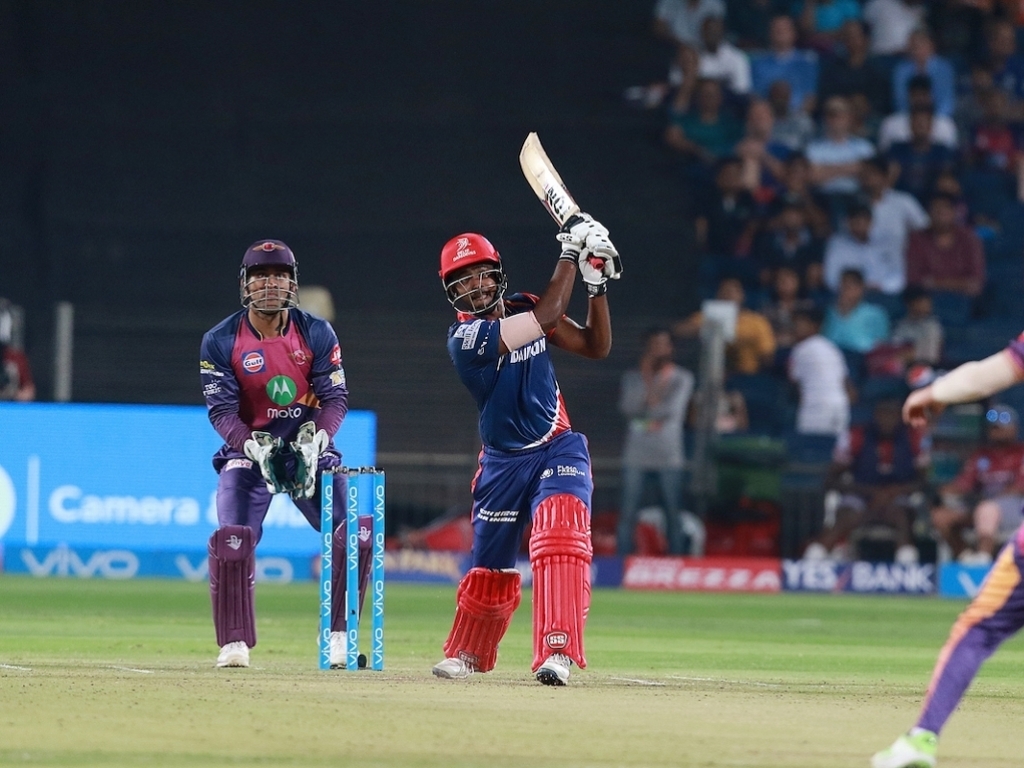 A maiden IPL ton from Sanju Samson helped the Delhi Daredevils amass an imposing total of 205/4 in their 20 overs and set up a 97 run win over the Rising Pune Supergiant.

RPS were without inspirational Aussie skipper Steve Smith who was unwell, with Faf du Plessis replacing him in the XI while Ajinkya Rahane took over the captaincy.

Aditya Tare was out cheaply for the second game in a row lasting just five balls before knicking off to Deepak Chahar for a duck.

Sam Billings (24) was joined by Samson and the pair would add 69 runs for the second wicket before the English opener was bowled by Proteas spinning superstar Imran Tahir (1/24).

Risabh Pant (31) and that man Samson guided the Daredevils through the middle overs before a direct from Mayank Agarwal had the former run out with the score on 124 for 5 and set up for some late hitting.

The late hitting was quite a treat even by IPL standards with Samson opening up before he was bowled by Adam Zampa for 102 off 63 balls directly after bringing up his ton with a six. 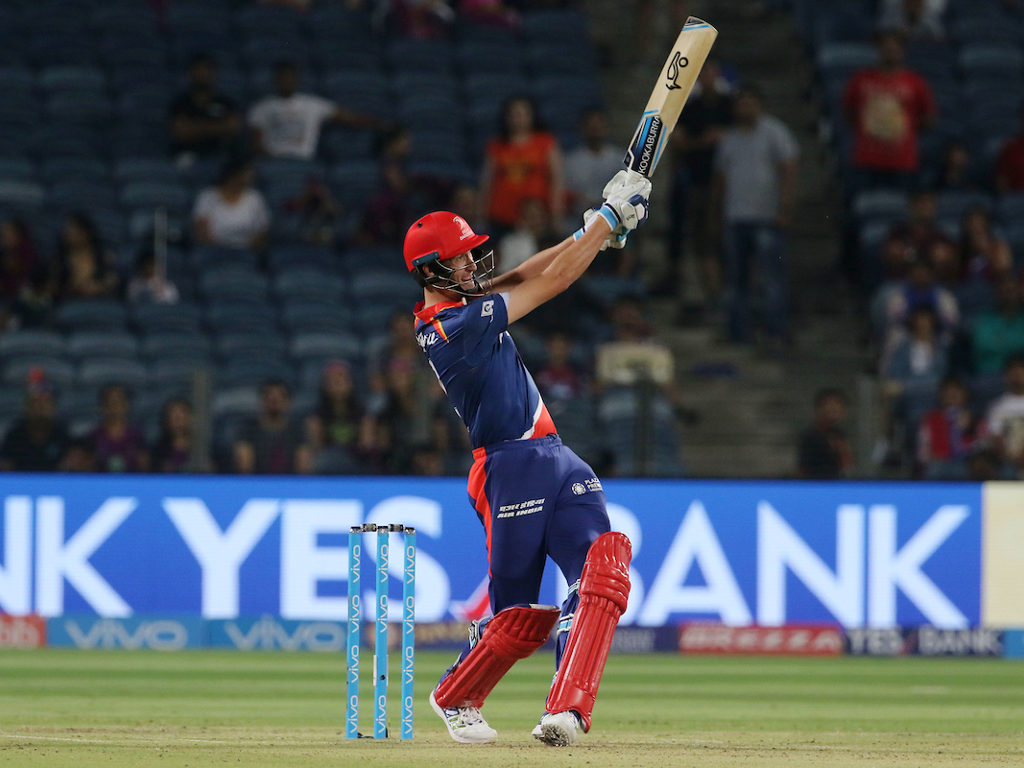 Proteas allrounder Chris Morris came in and blasted 38 off just 9 balls, scoring off every ball he faced and knocking three clear of the rope with Corey Anderson (2*) watching the show from the best vantage point in the house at the non-strikers end.

Zaheer Khan accounted for both Ajinkya Rahane (10) and Agarwal (20) in successive overs before Rahul Tripathi (10) fell to Morris’ short ball.

Du Plessis (8) was unable to perform the ‘Smith’ role of holding things together and Ben Stokes (2) went shortly afterwards leaving half the RPS team back in the hut before the ten over mark.

In the end the Supergiant were bowled out for just 108 with Mishra (3 for 11) the pick of the bowlers.

Man of the match Samson said after the win: “Very happy to play this knock and very happy that the team won the match.

“I am blessed to be a part of this team, working with Rahul sir and the rest of the support staff. I am in a very good space of mind and the people here have always backed me and encouraged me.

“I am very keen to finish innings and make my team win matches. I am learning about it and hopefully I will get better in the coming years. Morris hit some big ones and Rishabh Pant also batted well. We played a very good match. I enjoyed my fielding and batting today.”

Daredevils captain Zaheer said of the win: “We needed that.

“This team has tremendous potential, we just need to back ourselves. We have some amazing talent, you see Samson batting like that and Morris going at it in the end. It’s just about focusing on our processes.

“We have guys like Rabada and Shami and Jayant who has a Test hundred sitting out. It’s good to look at the bench and see that we have the firepower. I think I have strong muscle memory. Those 92 Test matches have helped me find the right length.

“I am lucky to have the physios guiding me the right way and I am enjoying myself. We are a young side and we need to show that on the field, the energy needs to be visible.

“I try to push them a bit, but I think it comes naturally to them. We did a lot of things right in the first game. A win changes the atmosphere. It creates self-belief, and from that point of view, this is important.”

If you want to slay the betting markets like Sampson did the Rising Pune Supergiants bowling lineup, always be sure to use an odds comparison service.