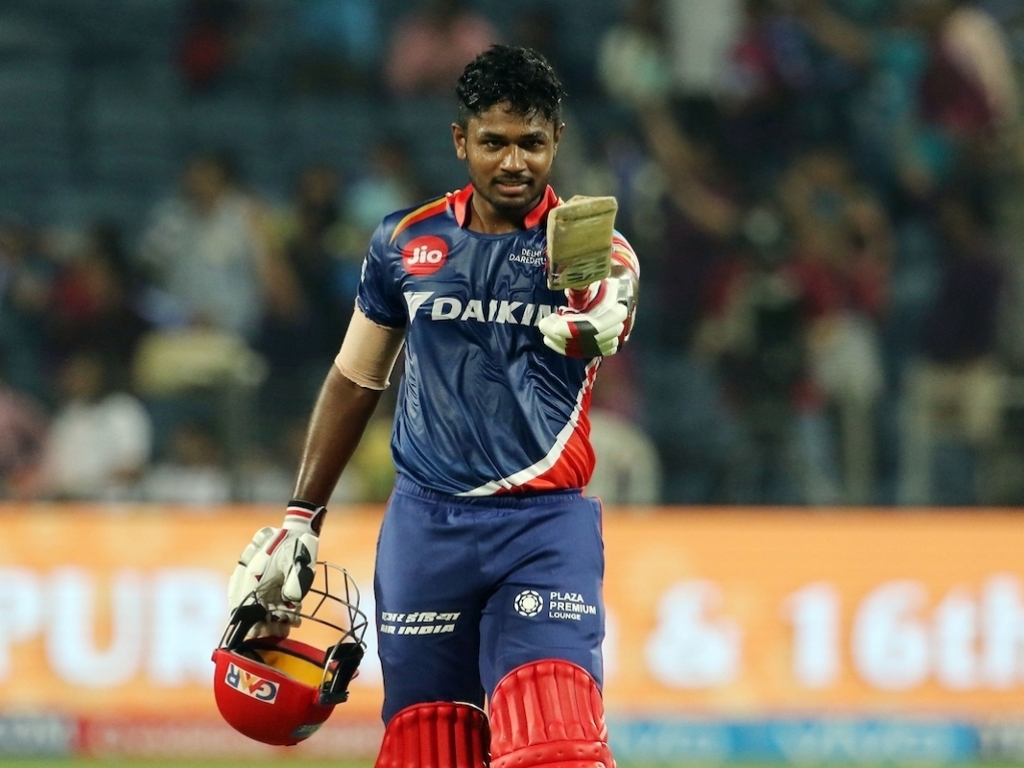 Sanju Samson has finally begun to fulfill the potential he showed when he burst onto the scene for Kerala as a teenager.

He stroked a sublime century against the Rising Pune Supergiant to power the Delhi Daredevils to a 95 run win in their IPL clash in Pune.

Speaking after the match Samson said: “I am very happy about this day. It’s one of the special days of my life.

Samson came in with his team under pressure but scored freely both in the powerplay and after it, successfully seeing off the danger of number one T20I bowler Imran Tahir.

The 22-year-old thanked his coaches and support staff for backing him to succeed despite some underwhelming showings recently.

He said: “I think Rahul Dravid, Zubin Bharucha, Paddy Upton and each member of the team who has supported me throughout.

“Last IPL season was not a great season for me, but they supported me throughout and I dedicate this knock to them.

“I was 17 when I was with the Rajasthan Royals and since then I have been working with Dravid and feel very blessed to be learning under his guidance. Not too many people get this chance and I feel I am extremely lucky to have him around and guide me.”

Samson has struggled under the weight of expectation with many expecting him to blossom like the young talents of years gone by but the young man feels he is stronger for his struggles.

He rounded off: “You need to have bad times to learn what life is about, I think. If you keep on achieving success, I think, you do not learn.