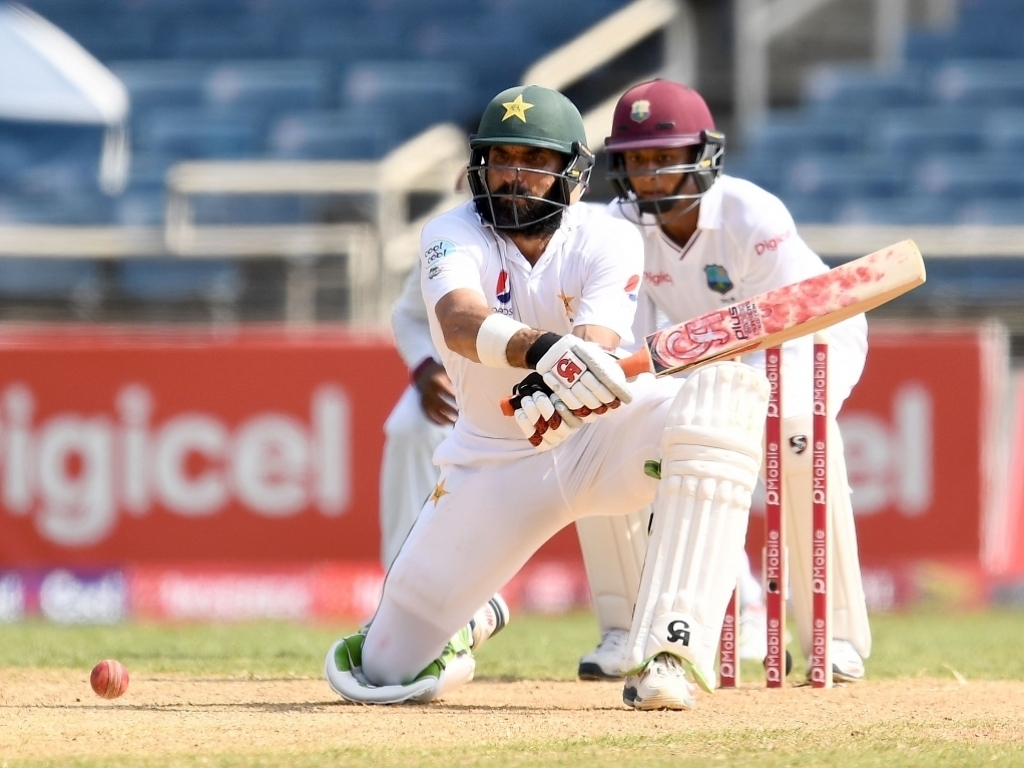 Pakistan are on the brink of recording their first ever series victory in the Caribbean after claiming an emphatic win in Jamaica.

The young West Indies squad find themselves with their backs against the wall after initially competing with the visitors before wilting late in the game at Sabina Park.

Pakistan skipper Misbah-ul-Haq has found inspiration playing in his final series and looks determined to power his men to a series win to go out on a high.

His opposite number Jason Holder has shown signs of becoming a world-class allrounder but he is in desperate need of support.

The West Indies need to show more application with bat in hand and more ruthlessness with the ball.

For Pakistan it will be about staying on a roll and maintaining control of the series and they will be a little concerned about the openers lack of form.

With ball in hand Yasir Shah and Mohammad Amir have ensured that there is a balance in the Pakistan attack and helped peg the hosts back after a good start.

While the West Indies bowlers looked better than their batting they need to find a way to be more consistent, it is key that Alzarri Joseph and Shannon Gabriel continue the progress they have made in the last few months.

The Windies fragile batting leaves Pakistan as firm favourites to claim a series win in Barbados.

Shai Hope finds himself in a position where he is probably the best batsman in the West Indies team but he now needs to prove it with a big Test knock.

Shannon Gabriel is the cornerstone of the Windies pace attack and they will desperately need him to come up with the goods in Barbados.

Misbah-ul-Haq has found form once again and should Pakistan find themselves in trouble he will be the man to get them out of it.