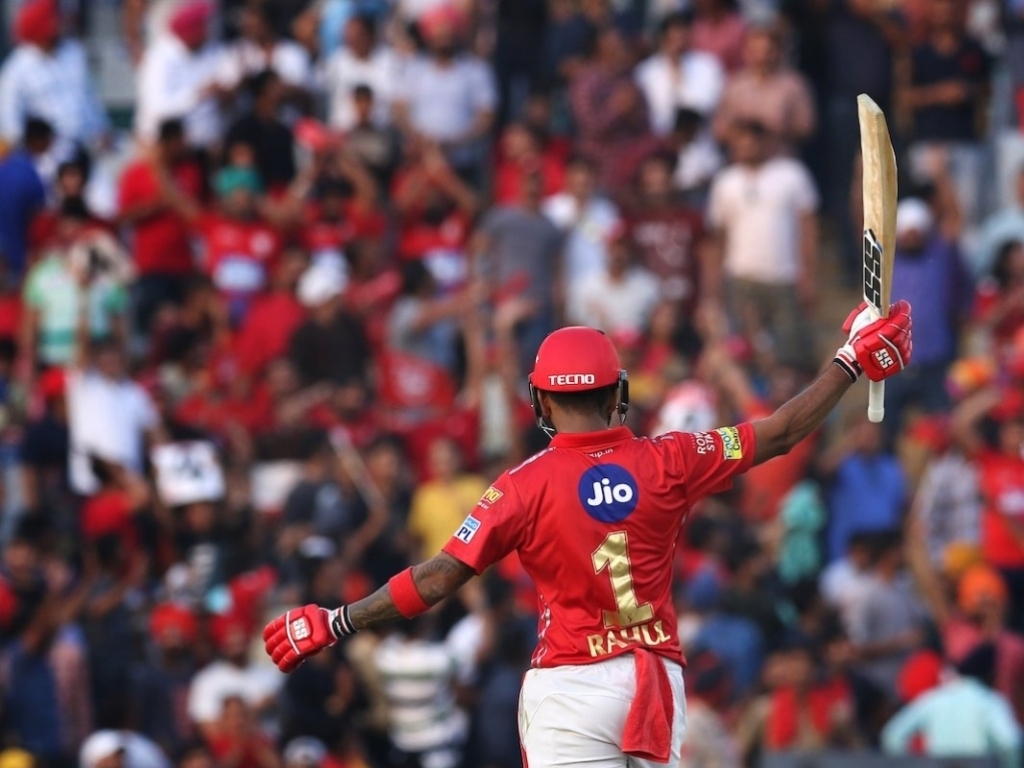 Kings XI Punjab batsman Lokesh Rahul says that has record-breaking half century against the Delhi Daredevils was the product of some instinctive cricket.

Rahul admitted that he had no way of planning such a destructive but things came off for him on the fly.

Speaking after the win Rahul said: “I believe it is hard to plan such an innings. I went in there and just took off. I was watching the ball and getting into good positions and things went well for me so I’m happy.”

Rahul knew that the responsibility of openers in the short format is to go as hard as possible which freed him up to play a knock that has gone a long way towards him shedding the Test specialist tag.

He said: “It’s a short format. Everybody has to be aggressive and it’s the openers’ responsibility to get the team off to a great start.

“On a wicket like this, which tends to get slower and hard to score on in the back end of the innings, you try to be aggressive up front with the new ball and try to get as many runs as you can so that the lower order doesn’t have to chase more than 8-9 runs an over.

“That was the plan and I’m glad it came off.”

Rahul doesn’t want the 14-ball fifty to cause him to lose focus in future games and insists the slate is wiped clean and the next match will be a new contest.

He said: “Look, I will go for a game with the same mindset every time. It was just my day, I was striking the ball really well so it’s important to forget this innings and carry the confidence but not the form into the next game.

“If you carry the form you get overconfident, I don’t want to do that. I want to keep it simple and keep striking the ball.”

Rahul savoured breaking a record in a format not traditionally considered his cup of tea.

He went on: “For years I have been branded as a Test cricketer so it’s good for me to be creating history and breaking records. So yeah, I feel happy and hopefully I can continue this way.”