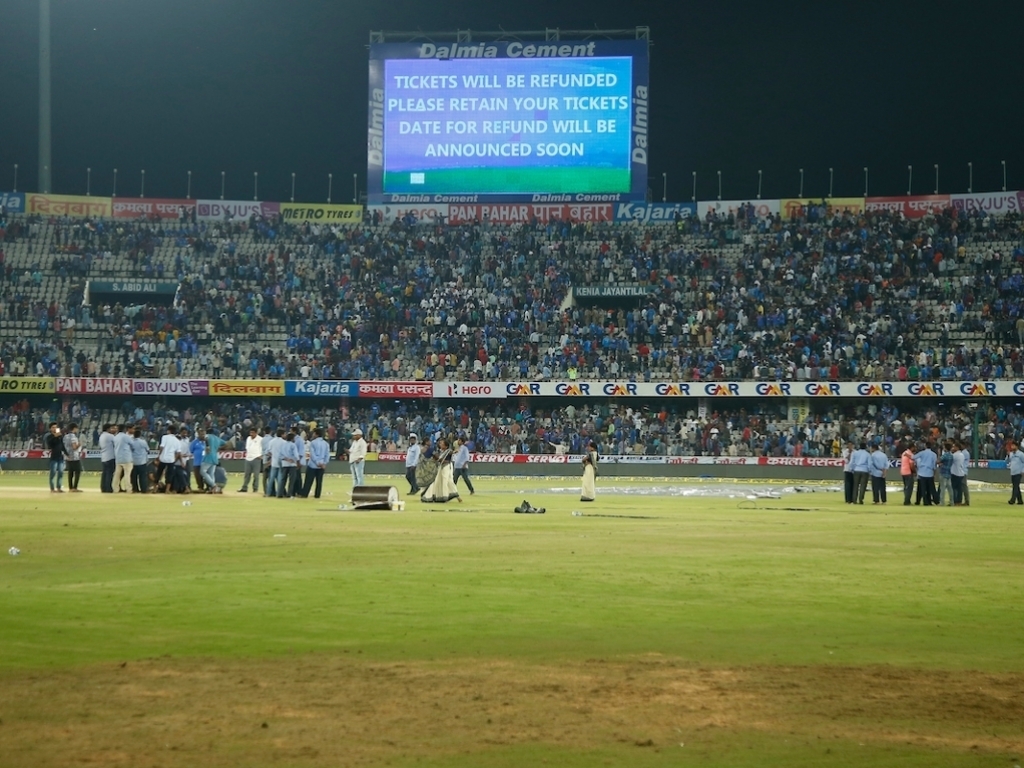 India and Australia shared their three match T20I series after the deciding match in Hyderabad was abandoned without a ball bowled.

A solid week of rain had left the outfield sodden an unsuitable for play with most at the ground resigned to the match being abandoned almost as soon as they arrived.

Even though it wasn’t raining during the scheduled match time the outfield wasn’t safe to field on and the ball was likely to pitch and stop anywhere off the centre square.

India claimed the opener comfortably but Australia fought back in the first ever international match in Guwahati but the series was denied the decider it richly deserved.

India remain fifth on the ICC T20I rankings with Australia one place behind them in sixth.

Next up for India is a three match home ODI series against New Zealand followed by three T20Is against the same opponents.

Australia’s players will head home to engage in several rounds of domestic cricket before the Ashes series gets underway in late November.