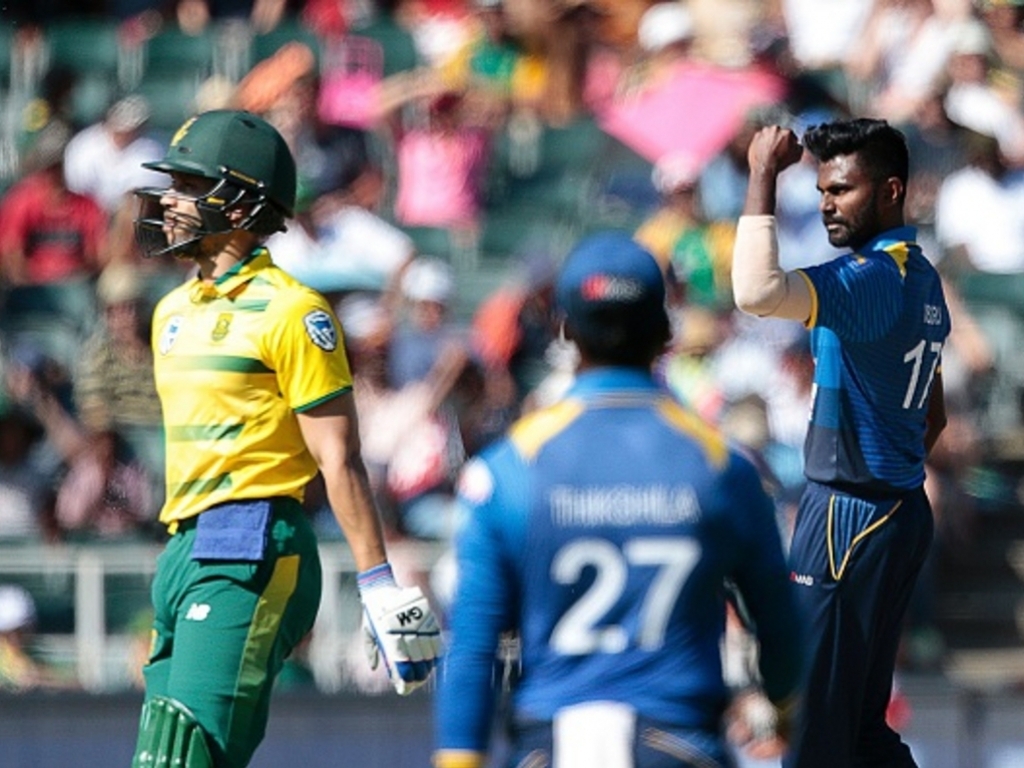 Proteas stand in skipper Farhaan Behardien has described their defeat to Sri Lanka at Newlands in the deciding T20I as a ‘bitter pill to swallow’ as South Africa slumped to a 2-1 series defeat in Cape Town.

Behardien also lamented the loss of quick bowler Lungi Ngidi who has been a real find for the Proteas and one of the few young players who proved he was ready for international cricket.

At the post-match presentation Behardien said: “It’s a bitter pill to swallow. we are a proud nation. We will reassess tomorrow.

“I thought we had enough runs on the board but the dropped catches put us on the back foot and losing Lungi Ngidi wasn’t ideal.”

The Proteas dropped an unprecedented five catches during Sri Lanka’s innings including three in succession during an over from Wayne Parnell with the bowler himself shelling the third during his follow through.

A visibly frustrated Parnell would go on to return figures of 1 for 42 from his four overs.

Despite the victory arguably coming because of the Proteas inability to hold onto their catches rather than any brilliance on Sri Lanka’s part stand-in captain Dinesh Chandimal was delighted with the performance.

Chandimal said after the contest: “I’m over the moon.

“After losing the Test series, I’m really happy with the way we played.”

Chandimal himself had both a disappointing game and a mediocre series scoring just 33 runs in three matches and throwing his wicket away at a vital stage during the Newlands clash.

Sri Lanka’s man of the series Niroshan Dickwella was a stand out performer with his unorthodox style allowing him to score freely and keep the Proteas bowlers guessing.

Dickwella felt that Sri Lanka could have swept the series if not for the rain shortening the opening game.

The innovative left-hander said: “We could have won the series 3-0. It was in our hands in the first T20 but we lost it unfortunately.

“In the other two matches we were cool and calm, we held our nerve and we played well. That was the main reason we won the other two games. The first one was a ten-over match because of the rain but I think we could have won the series 3-0.”