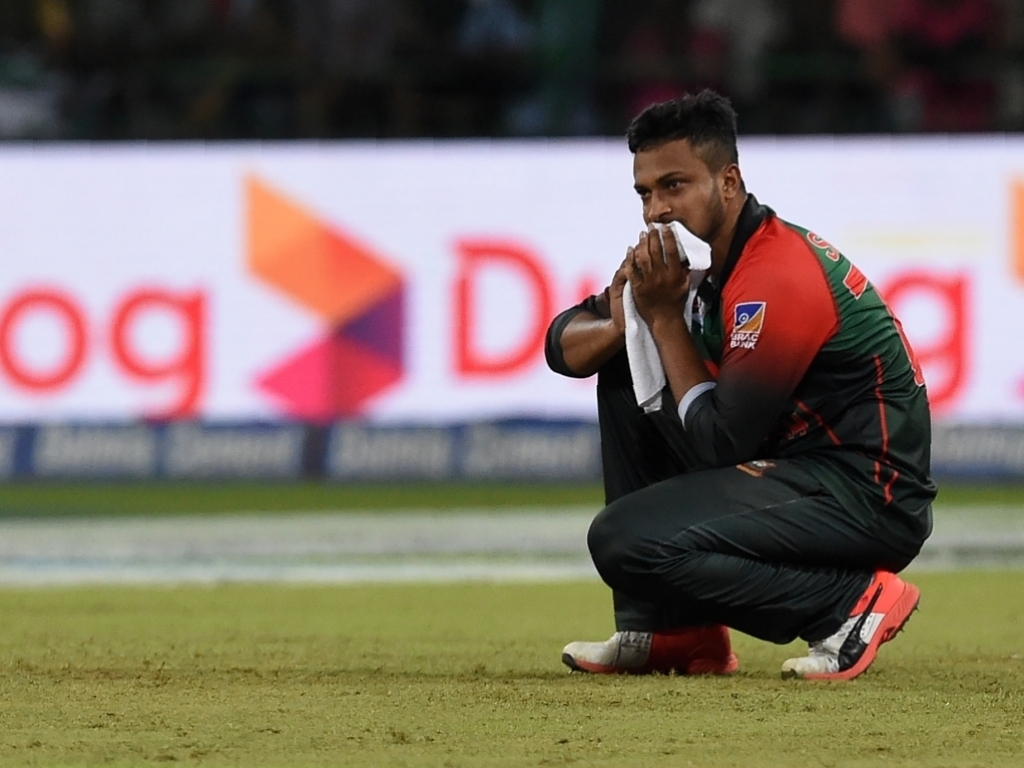 Shakib played alongside Rashid in the IPL for the Sunrisers Hyderabad in the recently completed T20 showpiece but will face him in a three match T20I series hosted in India.

Rashid is ranked number one in the world in T20I bowlers and leads and Afghanistan attack that also contains young mystery spinner Mujeeb Ur Rahman.

Shakib told BDcrictime: “His ranking shows how good a bowler he is. He is the No.1 bowler. So obviously, he will be a threat to us with the current form he is in.

“Same goes for all other bowlers in their team. Both teams need to play up to their potential to win. We will try our best to do well in batting, bowling and fielding.”

The series will see the Rajiv Gandhi International Cricket Stadium in Dehradun make its international debut.

“The ground looks good. We are looking forward for tomorrow’s match. It’s little bit low and slow but there are so many grounds like these in sub-continent which we are used to.”