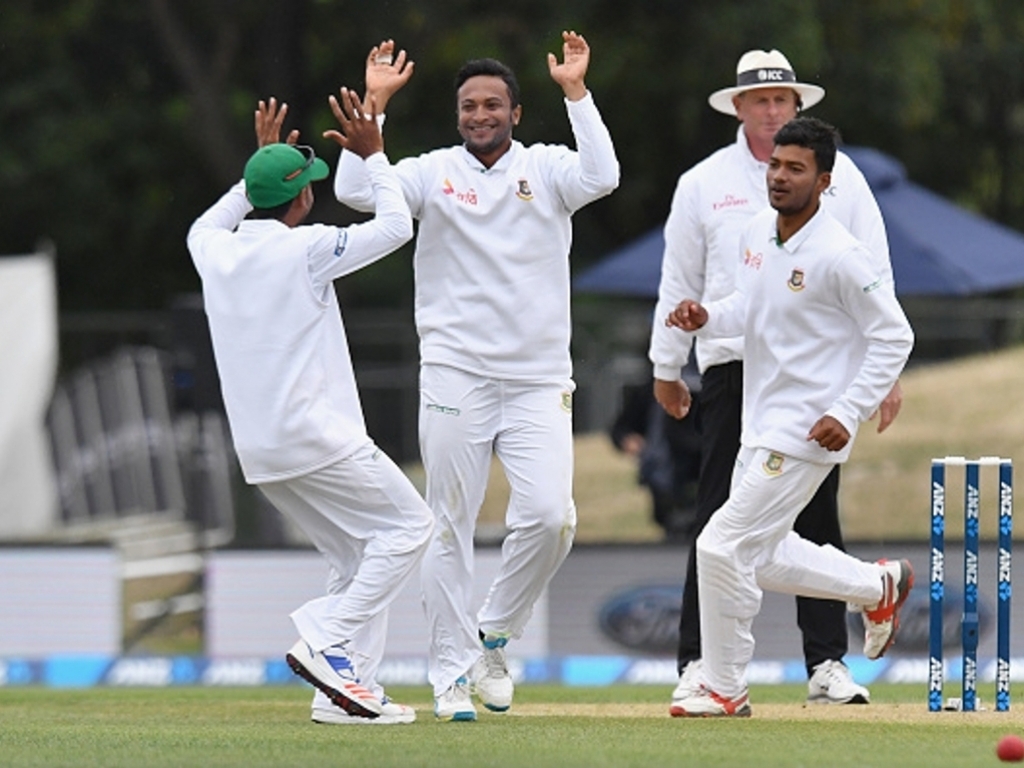 The Black Caps lost Jeet Raval (16) and Kane Williamson (2) early on to Kamrul Islam Rabbi before a 106 run partnership between Tom Latham and Ross Taylor put the Black Caps in charge.

Latham nicked off to Taskin Ahmed for 68 and shortly afterwards Taylor chipped Mehedi Hasan to midwicket to leave New Zealand 177 for 4.

Henry Nicholls and Mitchell Santner (29) consolidated adding 75 for the fifth wicket as New Zealand closed in on Bangladesh’s first innings score of 289.

But Shakib would trap Santner leg before in the 67th over of the innings, the Black Caps had moved to 252.

In his next over Shakib castled both BJ Watling (1) and Colin de Grandhomme to peg the hosts back in what has been a see-saw encounter.

Nicholls would reach his fourth Test fifty before the close, ending on 56 not out with Tim Southee unbeaten on 4 with him.

New Zealand will hope Nicholls can go on and record his maiden hundred tomorrow to allow them to seize control of a match that is hanging in the balance.

Shakib ended the day with figures of 3 for 32 from 7 overs.