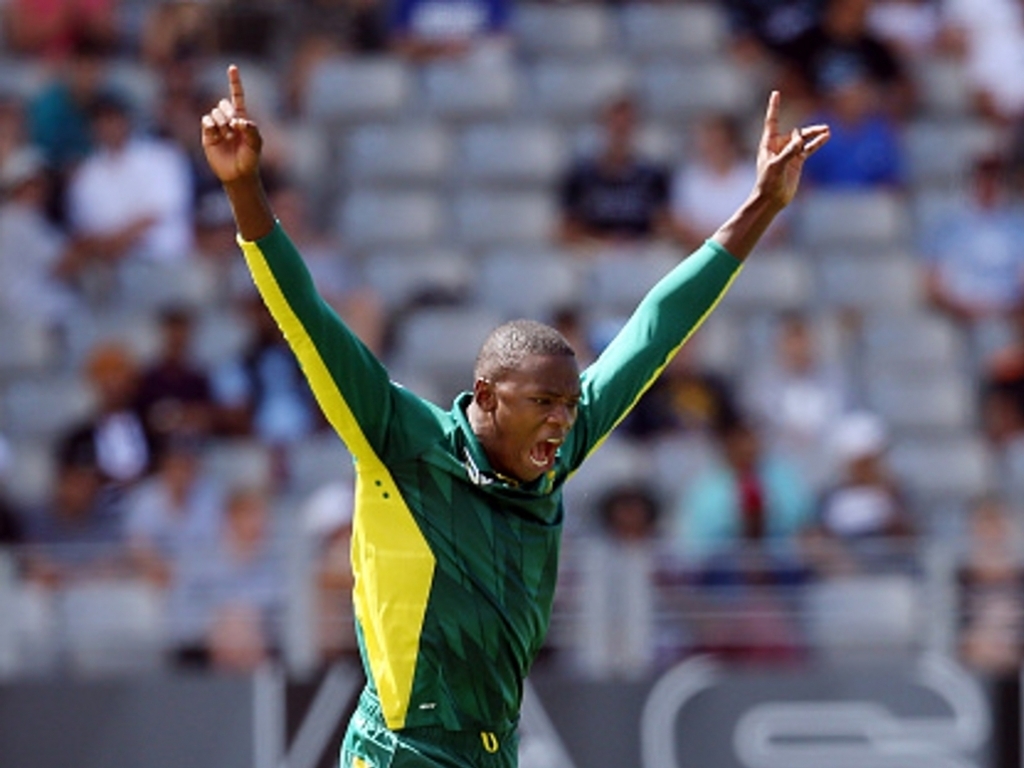 South Africa claimed a 3-2 series victory as they made light work of New Zealand in the series decider at Eden Gardens in Auckland on Saturday.

A brilliant bowling performance saw the hosts bowled out for only 149 and the Proteas chased the total with relative ease to achieve a six-wicket victory.

It was a match that held so much promise but offered little by way of entertainment, particularly for the home crowd.

AB de Villiers put the Black Caps in to bat after winning his fifth toss in as many matches and his bowlers did not let him down as New Zealand collapsed to 72 for 5 in the 20th over. Man-of-the match Kagiso Rabada (3-25) struck early and was the pick of the attack with some aggressive bowling but he was very well supported by Chris Morris (1-34), Andile Pehlukwayo (2-35) and Imran Tahir (2-14). No bowler conceded more than 5 runs to the over and Tahir’s ten overs cost only 14 runs.

It was with the ball that South Africa let themselves down in the fourth ODI in Hamilton but amends were certainly made in the decider as New Zealand simply failed to turn up. Martin Guptill (4), the hero at Hamilton, was the first to be dismissed and the extent to which this ODI side relies on him was exposed as the rest of the side failed to put together any partnership of substance.

Colin de Grandhomme (32) top scored at number eight and only three other batsmen even managed a start – they were Dean Brownlie, Jimmy Neesham and Mitchell Santner, all of whom failed to progress after scoring exactly 24 runs.

The pitch at Eden Gardens is a drop-in one and although the straight boundaries are very short at what is chiefly a rugby ground, batsmen didn’t ever look settled on a surface that was a little tricky.

New Zealand faced only 41 overs and Quinton de Kock (6) was out to Patel (2-26) – for a consecutive time – before the dinner break. Hashim Amla (8) was also caught, off the bowling of de Grandhomme (1-16), not long after that break and New Zealand were uplifted by the score line of 35 for two.

JP Duminy (3), who has struggled to make much of an impact on this tour so far, then fell to Patel and the home side were given an opening to what has been a fragile middle order. Faf du Plessis (51 not out) remained resolute, however, and he and AB de Villiers (23) put on 40 runs together to ease the pressure situation that had suddenly enveloped the ground at 48 for three.

De Villiers then nicked off to Neesham (1-10) and South Africa had still 62 runs to get with six wickets in hand. Dave Miller (45 not out) didn’t waste any time as he struck six fours and two sixes in a 35-ball knock to help see his side home. Miller has been out of form and perhaps was lucky to keep his place in the side ahead of Ferhaan Behardien but this performance in his last outing of this tour will obviously stand him in good stead on that front.

South Africa ended up marching to victory with nearly 18 overs to spare in what was a bit of a damp squid of a match. They were worthy series winners and are clearly the better team.

After the match de Villiers, who is heading home to South Africa and not playing in the upcoming Test series, citing the need for rest, said the following after the match:

“We won quite a few tosses in the series and it made it a little bit easier. It is not often that a series goes to 2-2, credit to New Zealand for making this a tough series. Great effort overall. I don’t think it was quick as it is normally here. It was quite slow and moved around a bit. They came back well, they are always a team that squeezes really well. They put the pressure back on us and it is always easy to go into a negative mindset in such a situation. But fantastic knocks from both Faf and David Miller. I’ll be up watching the Test series in the morning. I’ll miss the guys, but I look forward to spending some time with family before I go back to playing more cricket.”

The first of three Tests begins in Dunedin next Wednesday.