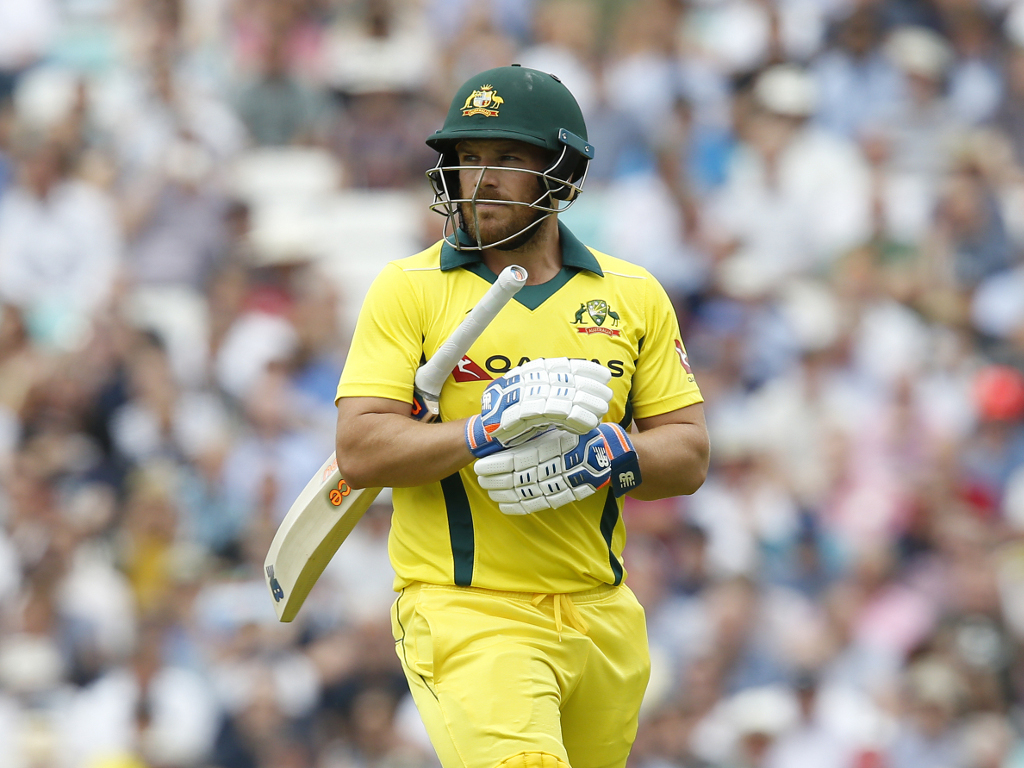 It looks likely that D’Arcy Short and Travis Head will be given another chance to impress as Australia openers in Tuesday’s critical third ODI against England.

Aaron Finch revealed that he will continue to bat down the order despite his duck in Cardiff.

The newly appointed vice-captain still feels that the team are playing quite well even if they are one defeat away from a series loss.

“At times I think we’re playing some good cricket, at times we’re making some mistakes that seem to be happening pretty regularly,” said Finch.

“We keep talking about middle-order collapses and losing wickets in clumps and it keeps happening.

“I don’t know whether we’re working ourselves up into a frenzy about things like that but it’s disappointing obviously.”

Finch admitted that Australia have struggled against spin in both of the defeats to England, a problem that has plagued the team for some time.

“It’s about minimising a little bit of risk at times,” he said. “In the past we’ve been ultra-aggressive against spin and we’re probably still going with that tact a little bit at times rather than taking the game a little bit deeper.

“Whether that’s through a lack of attention to detail or trying to up the ante too much and push the game forward when we just need to hold a little bit … only the individual knows what their role is in the side at the time, in that partnership, in that scenario.

“There have been some times where we’ve really let ourselves down with the bat.”

Finch is positive that he can make an impact in the number five role while he also backed Head and Short to come good at the top of the innings.

“We’ve got a few guys who can bat at the top of the order. Over the last 12 or 18 months I’ve batted in the middle order in quite a lot of T20 cricket – the IPL, the recent T20 tri-series – and done it reasonably successfully as well,” said Finch.

“So it’s just about trying to find a balance in our side. What we have been doing hasn’t been working over the last little while, but it’s also a chance to try some new things.

“I’m very comfortable batting at five. I haven’t done it a hell of a lot in one-day cricket but… having done it in T20 cricket over the last 18 months gives me a bit more of an understanding on how to go about it.

“It’s something that, over the next 12 months, will be shuffled around a little bit, just trying to find … what combinations work best for the side.

“I’m sure there will be a little bit of tinkering.

“If you look down our batting order in the first two games, besides Shaun getting a big hundred, most guys have got starts.

“It’s about kicking on, being more ruthless, more disciplined through that middle part when we are getting out.

“It’s about taking more care. But we are still positive, we are still good players. The young guys are very skilful.”

ALSO READ: Stokes and Woakes out of Australia ODI series

ALSO READ: Khawaja ‘extremely disappointed’ not to be on England tour