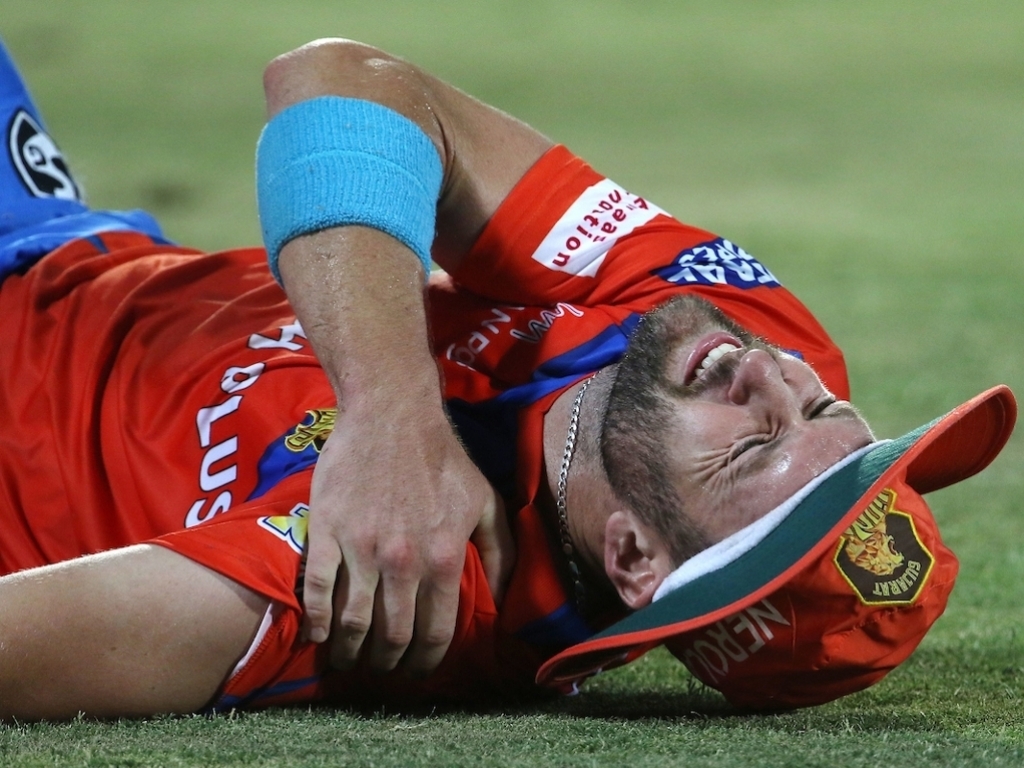 Australia fast bowler Andrew Tye has been ruled out of the remainder of the IPL after injuring his shoulder in the field against the Mumbai Indians.

Tye was stretchered off during the Lions dramatic defeat to the Mumbai Indians on Saturday and will return home to have the injury assessed.

At this stage it is unclear how long Tye will be out of the game but the rich vein of form the quick had found in the IPL make this an especially big blow for the Gujarat Lions.

Speaking to the media after the match he said: “The shoulder popped out of the socket and remained out for a while. They put it back in at the hospital.

“The extent of the damage is still unknown. I will be flying home in the next couple of days to figure that out. And as for the recovery time, I am not too sure at the moment, but hopefully it’s not too long.”

Tye claimed a hat-trick on his IPL debut taking 5 for 17 against the Rising Pune Supergiant and using his knuckle-ball slower ball variation to great effect.

The man who also bagged a hat-trick in the Big Bash League earlier this season has claimed 12 wickets in IPL 2017 in six matches going at under seven runs to the over.

Tye had earned a recall to the Australia T20 team that went down 2-1 in a home series against Sri Lanka after impressing in the BBL.