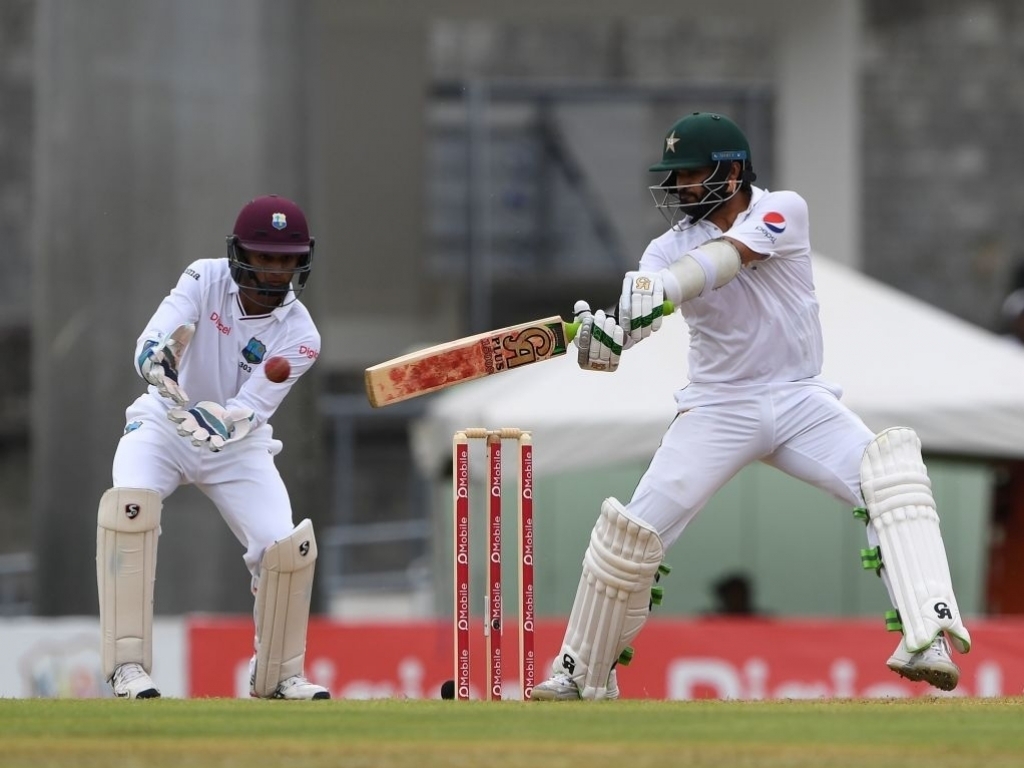 The first day of the decisive third Test between the West Indies and Pakistan was a sluggish affair that suffered from a rain delay.

The West Indies won the toss and elected to field naming an unchanged XI while Pakistan made two changes.

Hasan Ali came in for Shadab Khan while Shan Masood replaced Ahmed Shehzad who was reportedly unwell and had requested to be released from the squad to visit his mother who is undergoing chemotherapy.

The pitch proved to be a little on the sluggish side while leg-spinner Roston Chase found turn early in the morning session.

It was Chase who got the breakthrough in the morning session when he removed Masood in the 13th over having yet to concede a run in what was his third over.

Azhar Ali was the man who would score the first runs off of Chase and he did so in some style smashing the spinner for six over long on.

Opener Azhar and Babar Azam took Pakistan to lunch on 70 for 1, the tourists will feel that they won the first session with only one wicket falling.

The rain came down just two overs into the afternoon session and would wipe out the session although they were able to recover some of the lost overs.

Azhar stood tall reaching an unbeaten 85 by the time bad light stopped play though Babar (55) was caught at slip after a pull went horribly wrong.

Younis Khan (10*) played a resilient cameo and, in his final Test, was given a guard of honour as he left the field.

Pakistan reached 169 for 2 in the 69 overs sent down on a first day at Windsor Park that was painfully slow.