Southee delighted with five for 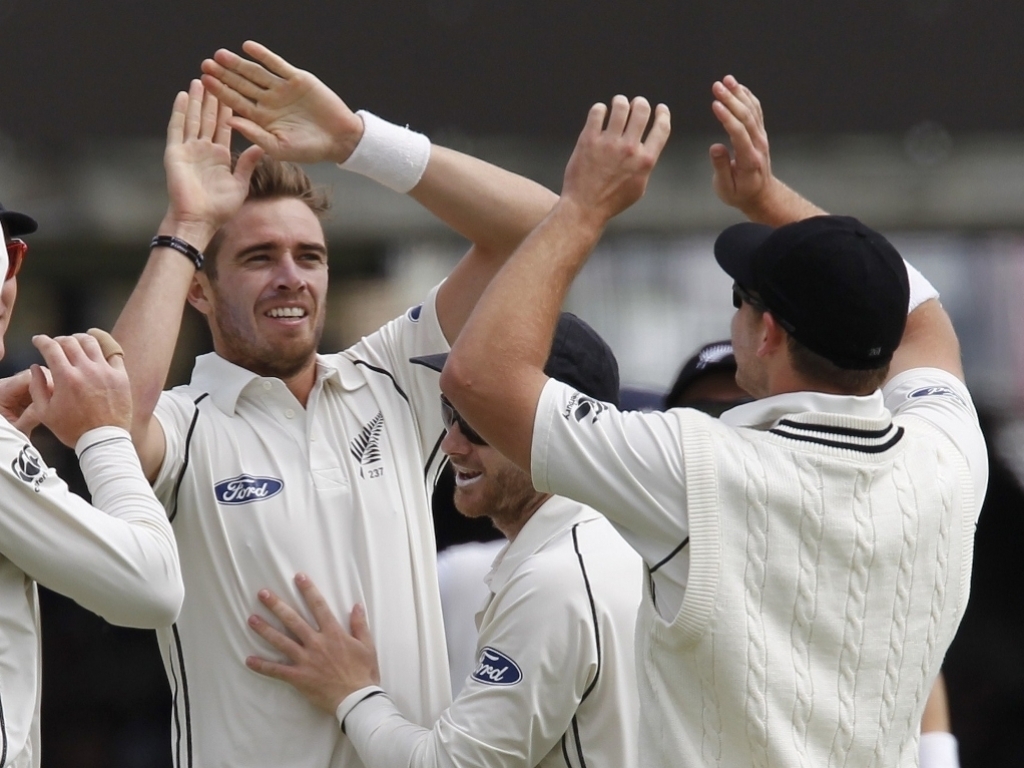 New Zealand fast bowler Tim Southee is happy with his five wicket haul despite the mixed nature of the scalps he managed to bag against Bangladesh.

Southee will have had plenty of days when he bowled a lot better for far less reward but admitted that it is always nice to grab a five for.

He said after play: “I felt all right, it’s always nice to pick up wickets.

“There were a couple of burgles down the leg side, which are always nice. It looks good in the score book – caught Watling bowled Southee. On other occasions you bowl probably better and haven’t got the wickets, but it’s nice to contribute and take wickets.”

Southee feels New Zealand did well to bowl Bangladesh out inside a day, especially after a big partnership between Soumya Sarkar and Shakib-al-Hasan.

He added: “If you can bowl a side out on day one it’s a good effort.

“They came out again with a positive intent and looked to put any balls that we missed away to the fence and they did that, especially in that period before lunch. I think we managed to claw the run rate back a bit towards the end so it’s a good day.

“We were pretty good at the start. Then they got a bit of a partnership going, but we know it happens quite quickly. You get a couple wickets, then you can grab a couple more, and we knew if we could hang in our areas for a long period of time then it was our best chance of taking wickets.”

Southee is two wickets away from becoming the fifth New Zealand Test player to take 200 wickets but insists he is focused on the job at hand.

Southee said: “It will be nice if it comes but you don’t set out to do too many individual milestones.

“They’re the sort of things you tick off along the way. The next job is to try to knock them over again. Hopefully after a little bit of rest.”