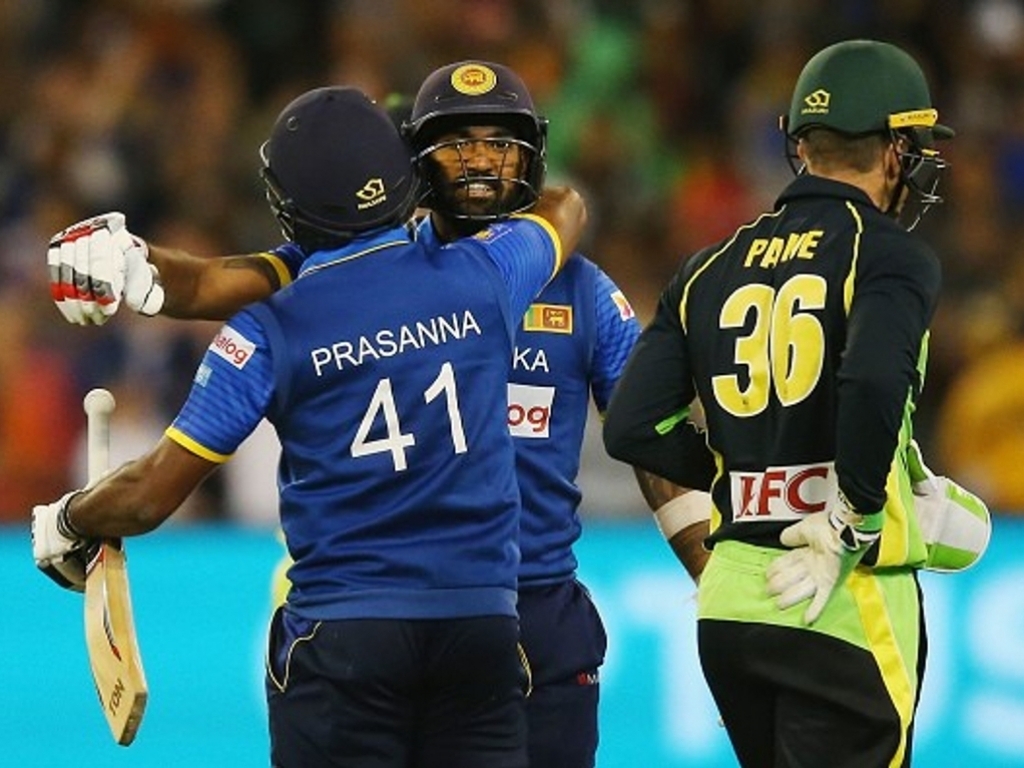 Sri Lanka took a 1-0 series lead after they won the first T20I against Australia at the Melbourne Cricket Ground by five wickets off the final ball.

Australia had posted a total of 168/6 in their 20 overs but they will be disappointed that they failed to make the most of a good platform.

Skipper Aaron Finch and opening partner and debutant Michael Klinger got Australia off to a good start putting on 76 for the first wicket in a little over ten overs.

Klinger (38) failed to pick Lakshan Sandakan’s googly and sliced one up in the air that Lasith Malinga held on to.

Finch (43) was deceived by a cutter from Asela Gunaratne in the very next over and Australia’s innings began to stutter at 86 for 2.

Moises Henriques (17) and Travis Head put on 30 for the third wicket before the former couldn’t clear long on and gave Sanjaya Bandara his first T20I wicket.

James Faulkner struck a few blows ending on 14 not out while Tim Paine was run out without facing a ball as Australia chased a good finish.

Sri Lanka managed their chase well despite losing skipper Upul Tharanga at the end of the first over for a duck when he nicked off to Pat Cummins.

Niroshan Dickwella (30) and Dilshan Munaweera put on 74 for the second wicket at a rapid pace to lay a great platform for the chase.

Munaweera departed shortly after Dickwella with both falling to leg spinner Adam Zampa but Gunaratne fresh of a maiden ODI hundred against South Africa took control of the innings.

Sri Lankawere given a late scare after they lost Gunaratne (52) with the finish line in sight at 151 for 4.

Milinda Siriwardana (15) was then trapped leg before by Turner as Sri Lanka must have felt another case of the jitters come over them.

In the end Chamara Kapugedera (10 not out) and Seekkuge Prasanna (8 not out) held their nerve through a tense final over, with the former smashing the final ball for four with Sri Lanka needing just one to win.

Sri Lanka lead the three match series 1-0 with the next game set to take place on Sunday in Geelong.