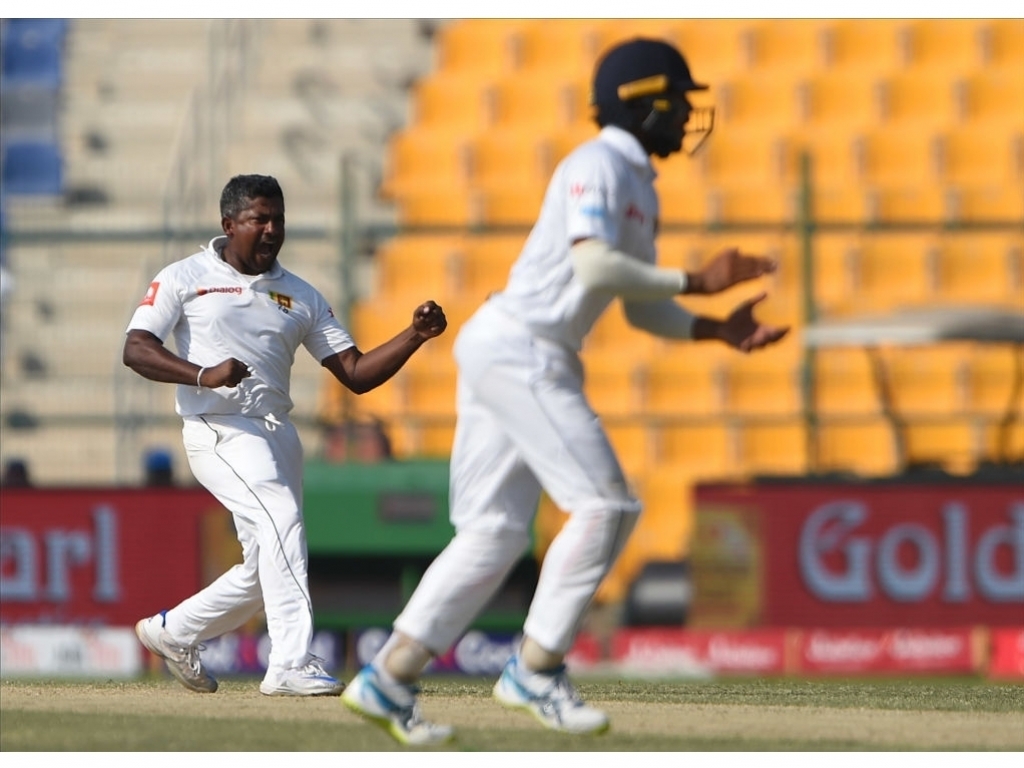 Thirteen months after lifting the prestigious ICC Test Championship mace for topping the ICC Test Team Rankings Pakistan have plummeted to seventh in the latest Test team rankings, which were updated following the conclusion of its home series against Sri Lanka.

Sri Lanka not only won the series 2-0 but handed Pakistan only its second whitewash in a home series (Pakistan lost all three Tests against Australia in 2002-03).

The result meant Sri Lanka rise from 90 points to 94 points, while Pakistan have dropped from 93 points to 88 points.

Sri Lanka now trail fifth-ranked Australia (97 points) by three points, while Pakistan are ahead of eighth-ranked Windies (75 points) by 13 points.

Sri Lanka’s next Test assignment is against number-one ranked India (125 points), when the two sides will go head to head in a three-Test series starting in Kolkata on 16 November.

Pakistan’s next red-ball match is expected against Ireland in April/May, which will be followed by two away Tests in England.

Meanwhile, South Africa has gained one point while Bangladesh has conceded two points following the conclusion of their series, which Faf du Plessis’s side won by 2-0.

South Africa are now second on 111 points (six points ahead of third-ranked England) while Bangladesh are ninth on 72 points (three points behind Windies).