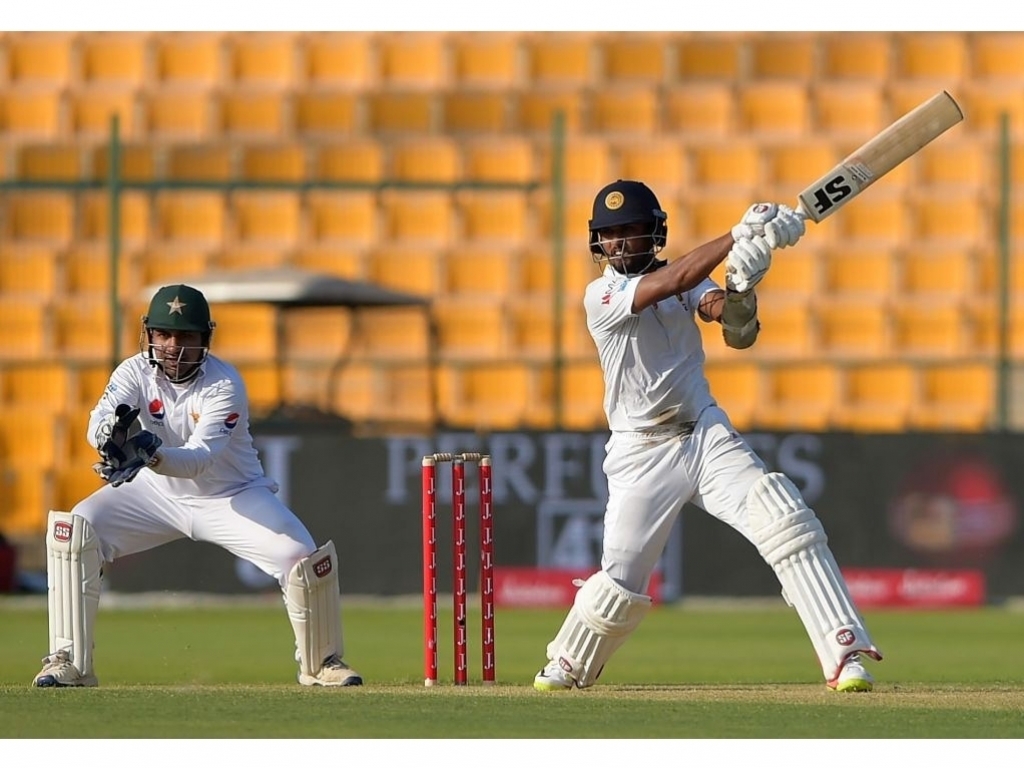 Sri Lanka recovered from 61 for 3 at lunch to reach 227 for 4 by stumps on day one of the first Test against Pakistan in Abu Dhabi.

Pakistan handed a Test cap to batsman Haris Sohail for the first time before Sri Lanka won the toss and elected to bat first.

Umpire ian Gould was ill and couldn’t take the field with Richard Kettleborough taking his place and Ahsan Raza becoming the TV umpire.

Fast bowler Hasan Ali made the initial breakthrough in the 18th over of the day when he bowled Kaushal Silva for 12.

Yasir Shah trapped new man Lahiru Thirimanne leg before for a seven ball duck in the very next over and would strike again before lunch when Kusal Mendis (10) nicked off to bring an early lunch.

The wicket of Thirimanne was Yasir’s 150th in Test cricket making him the fastest spin bowler to reach the milestone in terms of matches played narrowly pipping Clarrie Grimmett who took 28 matches to reach the mark against the Pakistan tweakers 27.

After the meal break opener Dimuth Karunaratne and Dinesh Chandimal knuckled down and got the tourists back in the game.

It was slow going but the pair added 100 in 41 overs to arrest what looked set to be another capitulation from their fragile top order.

Karunaratne (93) was the unfortunate victim of some ball-watching from Chandimal and having set off for a single that was there was run out after being sent back by the skipper.

Chandimal kept up his good work though battling to the close on 60 not out with wicketkeeper Niroshan Dickwella whacking a relatively quick 42 off 63 deliveries including five fours and a six.