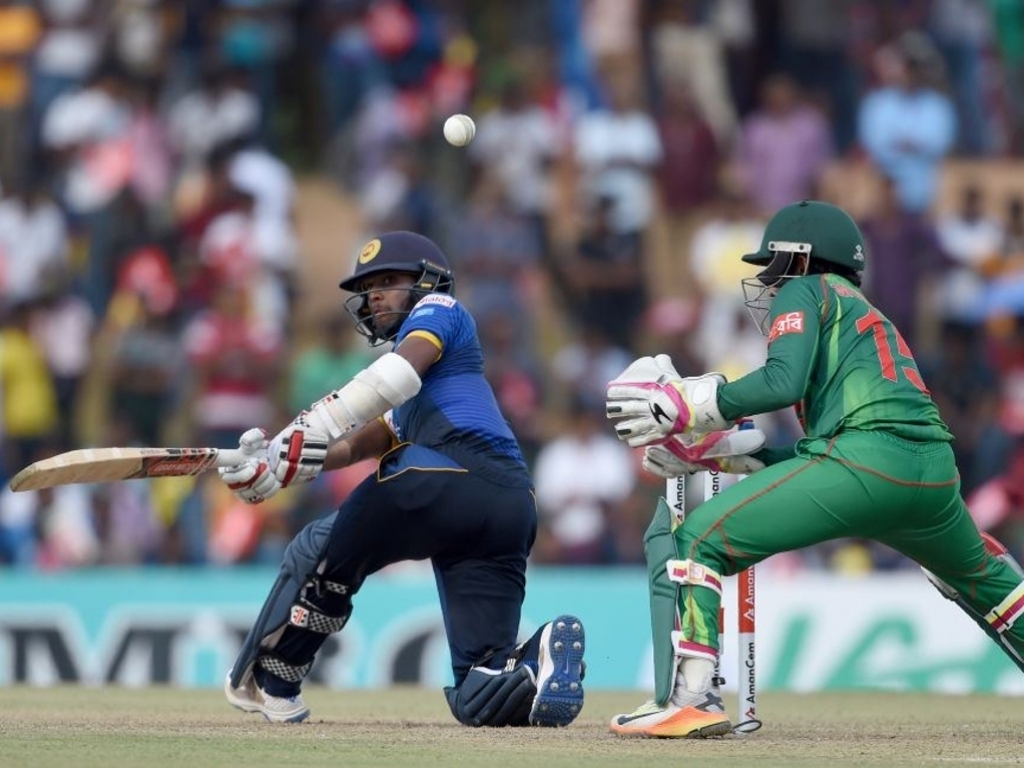 Middle-order batsman Kusal Mendis has been left out of Sri Lanka’s latest T20I squad that will face Bangladesh in two matches during the course of the next week.

Sri Lanka cricket are eager to give the young man a well-deserved break after a busy breakthrough season that has seen him establish himself in the middle-order across all formats.

Chief selector Sanath Jayasuriya said: “Kusal Mendis has got a long career ahead of him and we do not want to burden him with too many things.

“He had a very good Test and ODI series against Bangladesh and at this stage we don’t want him to alter too many things in his game.”

Thisara Perera has been recalled to the squad on the back of some solid displays in the ODI series where he recorded two fifties although he misfired with the ball failing to take a wicket and copping some punishment.

Spin-bowling allrounder Shehan Jayasuriya has also earned a recall to the squad having been playing for Sri Lanka’s under-23 team in the Asian Cricket Council Emerging Teams Cup recently.

Shehan last featured for the senior team in a T20I against South Africa but claimed a five wicket haul playing for Sri Lanka A against the England Lions.

Angelo Mathews remains injured and looks likely to miss the start of the IPL season although he should have returned by the time the Champions Trophy rolls around in June.

Upul Tharanga will continue to skipper the limited overs formats until Mathews makes his return.