Sri Lanka run through the Tigers 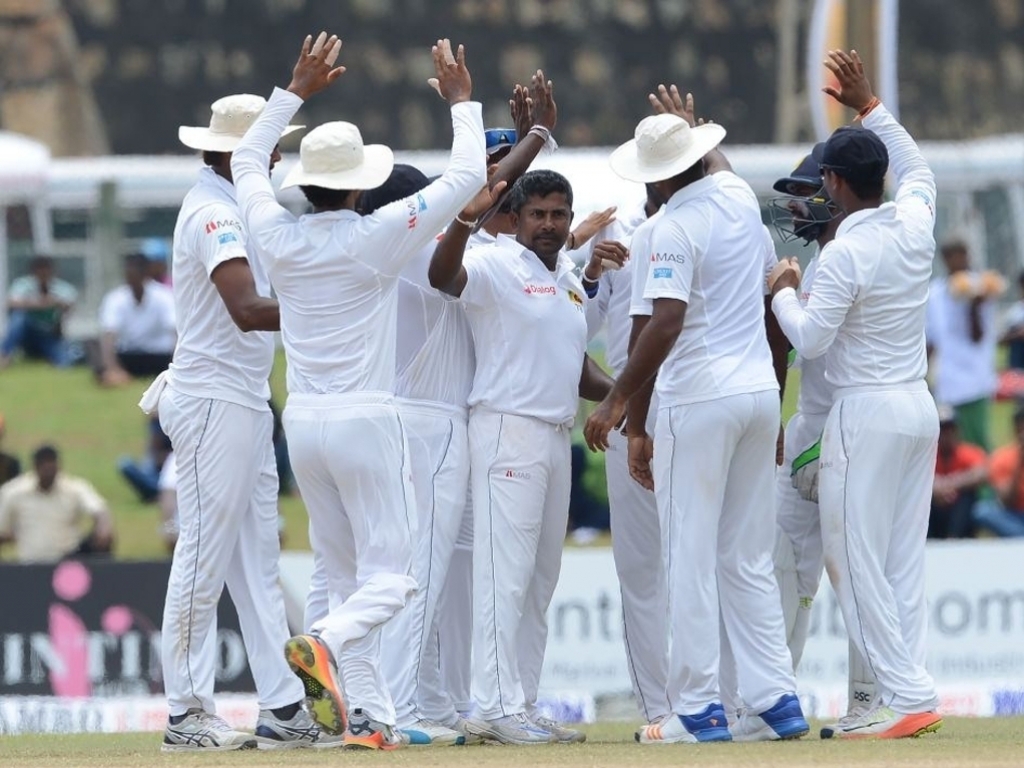 Sri Lanka made short work of Bangladesh on day five of the first Test to win by 259 runs with a session and a half still left.

There were some fears that Bangladesh may escape with a draw if the dark clouds that had curtailed days three and four should return after tea.

Sri Lanka took that out if the equation though as Rangana Herath (6 for 59) put on a fourth innings bowling clinic and Bangladesh provided precious little resistance.

Soumya Sarkar would end as the Tiger’s top scoring batsman but couldn’t add to his overnight 53 before Gunaratne castled the left hander with a top notch off spinner.

This prompted a major wobble in the Tiger’s ranks as they lost five wickets before lunch with spinners Dilruwan Perera, Lakshan Sandakan and that man Herath making merry.

The left-arm veteran would run through the tail after lunch with only Liton Das (35) and Mehedi Hasan (28) showing any form of resistance.

Herath moved past former Black Cap Daniel Vettori as he became the all-time leading wicket-taker among left-arm spinners with his 366 wickets in 79 Tests.

In the end Bangladesh slipped to 197 all out and Sri Lanka take a 1-0 series lead in the two match series.

The portly left-armer who is also the stand in skipper said after the match: “I would say kind of a big achievement, but I must thank every single person who ha supported me – the support staff, my family – I want to say thank you to all of them.

“The pitch still looks like a good batting track. we have no worries about the combination, but there are still areas to improve. Everybody chipped in and I must congratulate everyone because it is a team effort.”

The man of the match award went to Kusal Mendis who whacked 194 in the first innings to set up the win.

Mendis said at the post-match presentation: “I am extremely happy about the achievement and thank Rangana Herath and the rest of the team for the support. And very happy Sri Lanka won the match.”