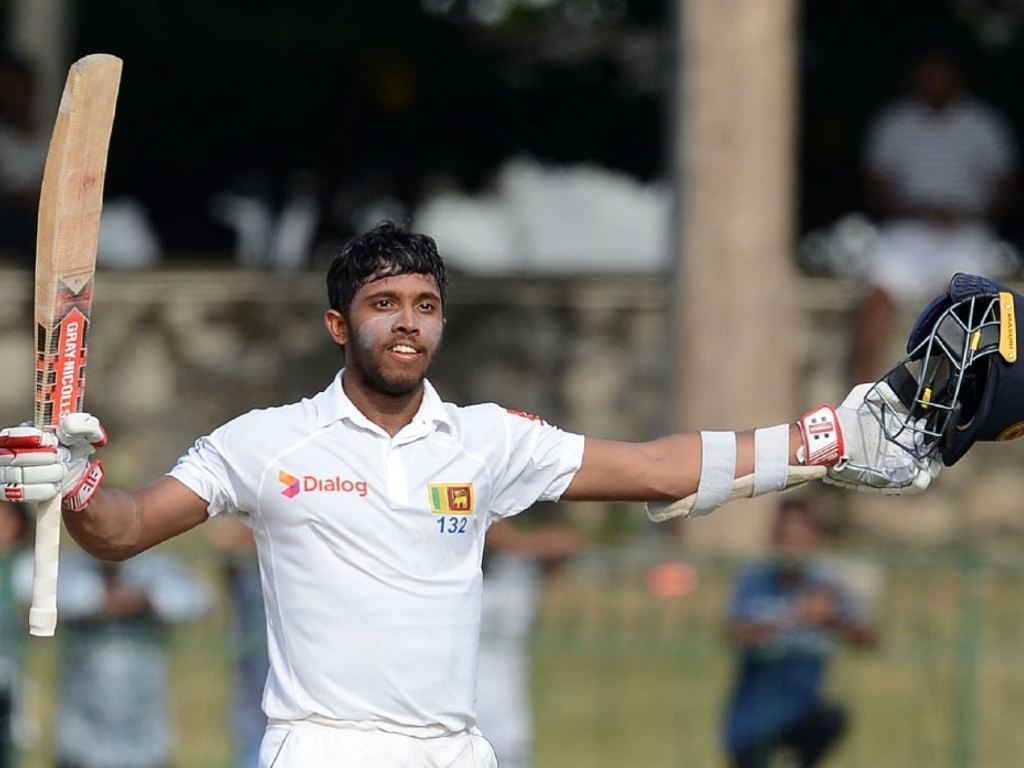 Sri Lanka collapsed in a heap in their first innings being bowled out for 183 but put on a better display following on ending the day 209/2 still trailing India by 230 runs.

Ravichandran Ashwin was destroyer-in-chief in the first innings claiming figures of 5/69 in the carnage of the home sides reply to India’s 622/9 declared.

Niroshan Dickwella provided the only bright spot for the home crowd in that dreadful first at bat.

Dickwella played a typically swashbuckling knock of 51, sweeping to his heart’s content until one of those sweep shots found its way onto his stumps.

Sri Lanka have suffered killer injury blows in both of the Tests so far losing Asela Gunaratne in the first and seamer Nuwan Pradeep in the second.

Pradeep was the fifth of Ashwin’s victims with the man not usually known for his batting being rendered a wounded bunny by his injured hamstring.

The second innings saw a far better display though Upul Tharanga was bowled early on by Umesh Yadav for 2.

Dimuth Karunaratne and Kusal Mendis shared an inspired partnership of 191 with Mendis going to his third Test century.

Mendis reached 110 before nicking off to Hardik Pandya and Karunaratne (92*) would see out the day with Malinda Pushpakumara (2*) facing 18 balls in a nervy close to the third day.