Starc puzzled by lack of swing 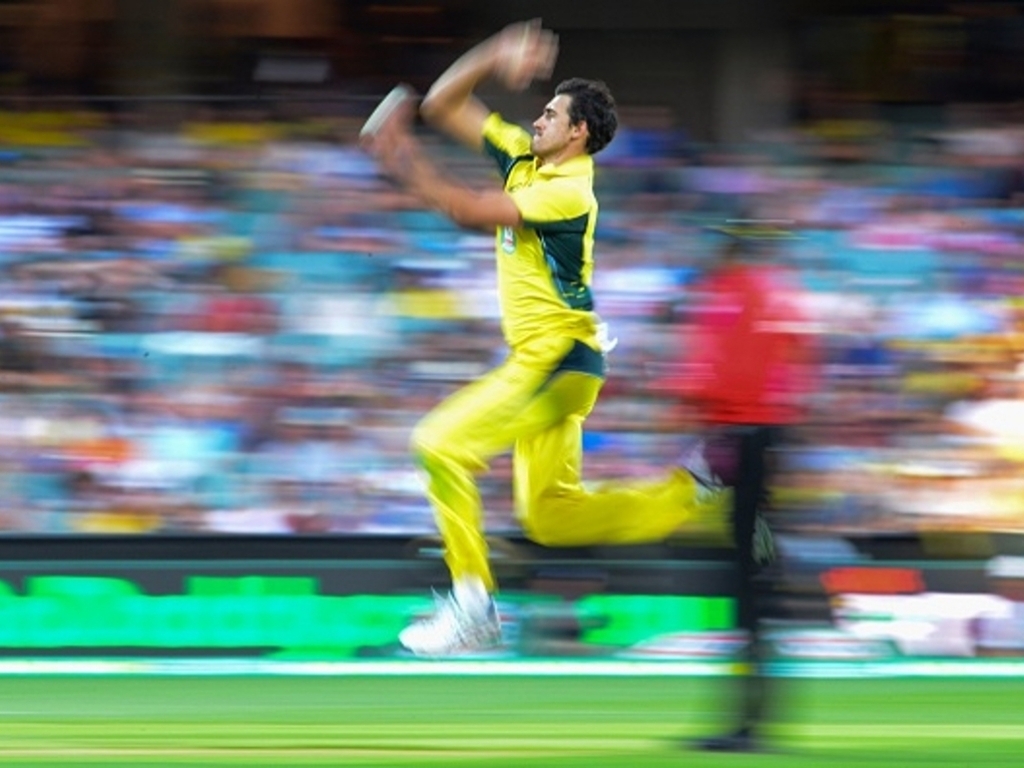 Australian fast bowler Mitchell Starc isn’t sure exactly why he hasn’t been able to get as much swing as usual since his return from injury late last year.

The quick has indicated that he believes it may be the balls they are using as his action hasn’t changed at all.

ESPN Cricinfo quotes Starc as saying: “It’s interesting. I along with David Saker, the bowling coach, we’ve looked at a lot of footage and my action hasn’t changed at all.

“So it’s probably an indication of the cricket balls we’re using this summer, but at the same time it’s a completely different ball we’re going over to India with, the SG.

“I think reverse swing is going to play a much bigger part than natural swing over there, as we’ve seen in the last few series that we’ve gone to India.

“So it’s key to try and get that ball swinging as much as we can naturally up front, it doesn’t generally swing for too many overs, then trying to get that ball to go reverse while it’s still relatively hard. They’re things we’re starting to talk about now as a group.”

Starc was comfortably Australia’s best bowler in Sri Lanka last year with his pace through the air allowing him to get among the wickets early on and put pressure on their hosts and he will be vital to Baggy Green success in India.

The left-arm paceman appears to be in good touch, picking up wickets regularly but he sets very high standards for himself and has targeted getting back to his best.

He went on: “It’s been up and down over the last six months.

“Probably still haven’t been where I hope to be in terms of consistency in my bowling as opposed to where it was 12 months ago before I broke down, but looking back to Sri Lanka [where he took 24 wickets in three Tests], that’s a blueprint I’d like to take into India, the way I approached my bowling there and the sorts of plans we talked about in those conditions.

“So it’s something I can call upon over the next couple of months when we look forward to that challenge. But there’s still a lot I can improve on over the last six months. I think the way I’ve been able to manage my body through the training accident a few months ago, it’s been pleasing to get through six Test matches this summer, it’s nice to do that for the first time.”

Australia play four Tests in India in a series that gets underway in February.